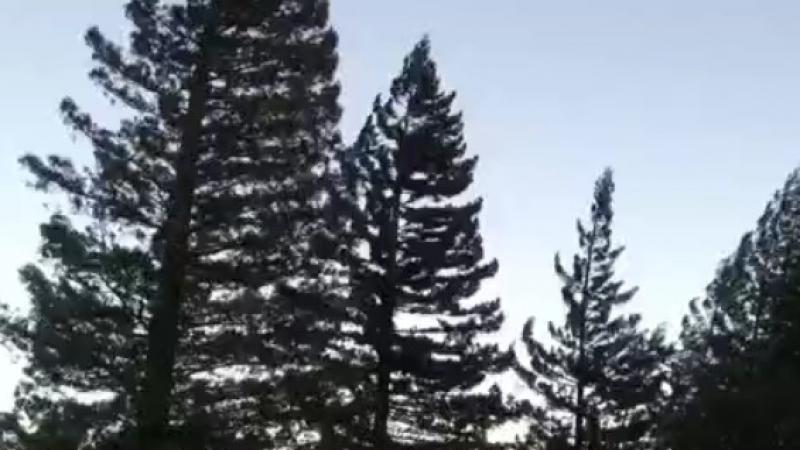 MARIN COUNTY, Calif. (KRON) – Strong winds continue to blow through the Bay Area with a High Wind Warning in effect across many North Bay cities.

It was certainly cold and windy up in the higher elevations of Marin County on Tuesday night.

The wind was howling on and off throughout the evening and as you can imagine, it raises concerns for neighbors and the fire department.

While it’s not fire season, Marin County Fire says they’re taking this wind event seriously, especially after seeing the wildfire that broke out in Monterey County just a couple of weeks ago.

“It’s awfully windy and it’s been dry for four-plus weeks now. I’d like it to be a lot of water this time of year. We had quite a bit of rainfall but we should have considerably more by now and I’m starting to get concerned about fire again, ”Raul Jonkman said.

Raul Jonkman lives north of the Panoramic neighborhood and while he’s used to wind events like this, he says the weather seems to get more extreme each year.

“Lived here for 10 years and I’ve seen the weather get more erratic over the past 10 years,” Jonkman said.

While it’s not fire season, the Marin County Fire Department says they’re also taking these winds seriously and making sure crews are well-positioned to tackle any hurdles that may come their way.

“Even though we’re in the winter season, we just have not had the rain that we would normally be getting this month. Our last rain’s been over a month ago so our fuel conditions are primed for a wind event like this to actually have a fire that could spread, just like what we saw in Monterey. That fire put a thousand acres down in one night so we’re taking it seriously, ”Battalion Chief Bret McTigue said.

The strong winds are expected to last through Thursday, prompting a burn ban in the county. Battalion Chief Bret McTigue also asks that people avoid certain areas until later this week.

“We’m telling people to avoid trails just until we get to Thursday and Friday just because we might have some tree limbs drop down and the Mount Tam Watershed, we’re asking people to stay out of the watershed and just stay on open trails that do not have tree cover, ”McTigue said.

Despite these strong winds, a few people were out hiking and riding bikes on Tuesday night.

Again, the fire department asks that you avoid those trails with heavy tree cover and stay aware of your surroundings.