Stranger Things vs The Monster Squad 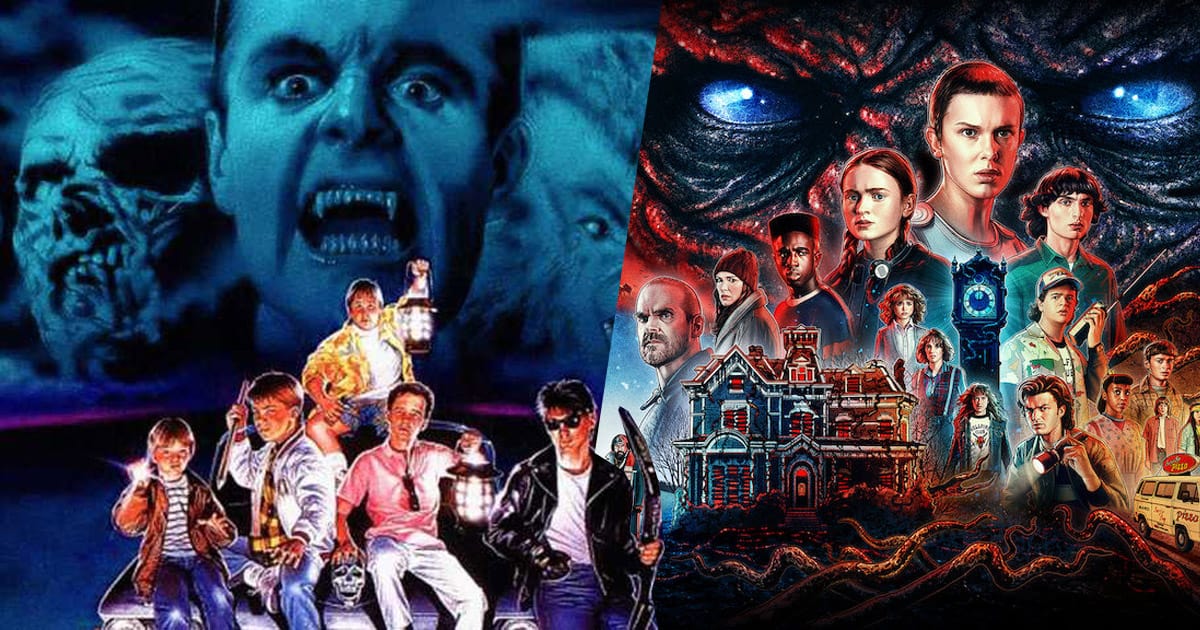 Back in the ‘80s, if you were a kid, nothing seemed cooler than being part of a rag-tag group of youngsters that fought monsters. Fast forward to today, if you’re an adult, nothing seems cooler than being in the ‘80s and part of a gang that fights monsters. Some things just never change! The Duffer Brothers, who created Stranger Things, knew that when they launched the highly popular series on Netflix about the supernatural events in the fictional town of Hawkins, Indiana. But in reality, they were just trading in on some of that decade’s nostalgia with inspiration from movies like E.T., Poltergeist, Ghostbusters, and The Goonies produced.

Yeah, if we’re talking ‘80s movies about rambunctious kids battling scary monsters, then we can’t forget to mention The Monster Squad. Directed by Fred Dekker and co-written by Shane Black, the story follows a kick-ass group of pre-teens fighting the classic monsters made up of Dracula, Frankenstein (ahem Frankenstein’s Monster), The Wolfman, The Mummy, and Gill-man. Stranger Things is not so different. There, you have the Dungeons & Dragons-loving kids from Hawkins, who have to save their hometown from terrifying beings such as the Demogorgon, The Mind Flayer, and Vecna. Both have similar concepts and enough 80s nostalgia running through them that we cannot help but compare the two.

So grab some Eggo waffles and let’s find out what happens when these two titles… FACE OFF!

This episode of Face Off is written by Bryan Wolford, narrated by Shawn Knippelberg, and edited by Lance Vlcek. But don’t let us have the final word — tell us in the comments which is your pick — Stranger Things or The Monster Squad?

Google joins Apple in rolling out passkeys for Chrome on Mac