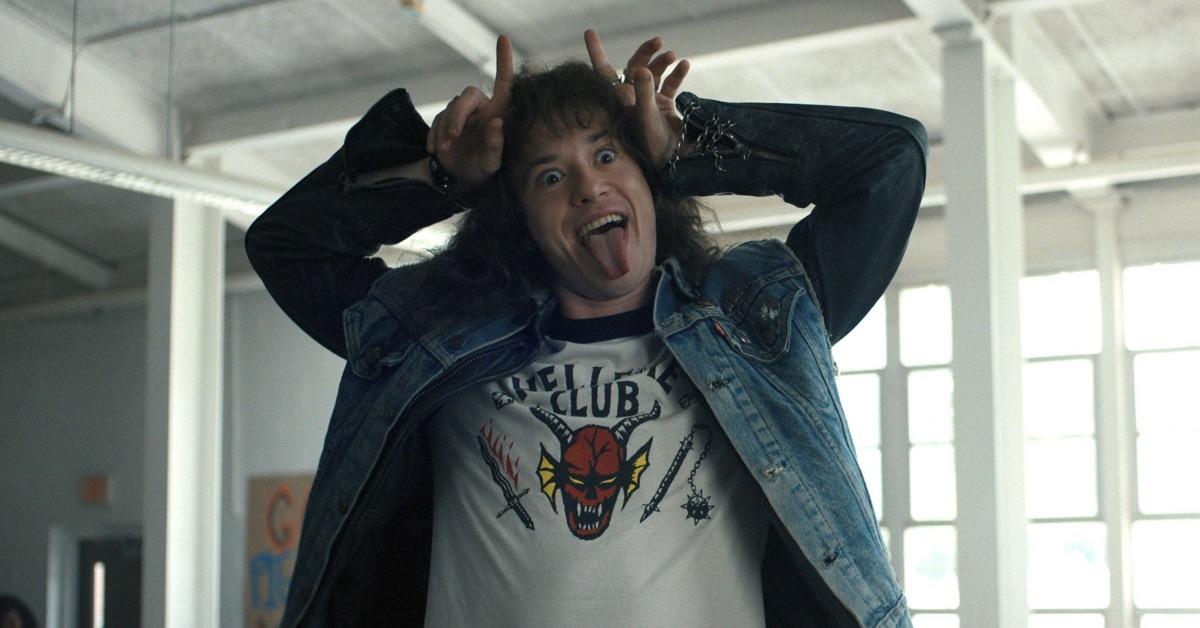 Netflix released the fourth season of their hit series Stranger Things in two parts, with the first Volume hitting in June and the second in July. Everyone was expecting Millie Bobbie Brown and co to be the standouts of the series, but instead fans quickly became attached to newcomer Joseph Quinn. Quinn played Eddie, who was wrongly accused of the murder of a classmate, during the fourth season, and he met his demise in the final episode of the season. The Stranger Things star has been getting fan cast in a ton of roles and now it seems as if one fan would like for the actor to play Johnny Storm/The Human Torch in the upcoming Marvel Studios helmed Fantastic Four movie.

An Instagram artist that goes by @Clements.Ink created a cool concept of Quinn as the next Marvel Studios hero. The concept gives the actor the classic Fantastic Four look with modern elements. Johnny Storm/ The Human Torch usually has blonde hair in the comic, but it seems that the artist thinks that Quinn’s brown hair will suffice. You can check out the Stranger Things star as The Human Torch below!

Marvel Studios unveiled their plans for the next three years with two new ones Avengers movies being announced. Avengers: The Kang Dynasty and Avengers: Secret Wars will both make their way into theaters in 2025. This may seem like it’s pretty far away, but Marvel is known for teasing their upcoming films with post-credit scenes. But, it seems like they might be doing it differently this time around. During a new interview with ComicBook.com, Marvel Studios boss Kevin Feige reveals how the post-credits scenes could build towards the next two Avengers films.

“The truth is, all of the tags are never just about the future. There are tags that are eating shwarma, Captain America saying you know you gotta learn patience, sometimes, you know, you wait for something that’s not worth it. So they are always fun for us,” Feige told us. “We don’t want everything to feel the same. So some of the tags will connect and some of them won’t. Some of the films and shows will connect; some of them won’t. I think it’s just as important that we can have standalone introductory stories like Ms. Marvel, like Moon Knight, in addition to things that interconnect and build towards the larger story. A lot of what we’ve been doing has been building to this larger story, obviously with The Kang Dynasty and the Multiverse Saga, and now I think people will, I hope, come along for the ride. Both where it’s you’re on the express train to the finale, also when it’s fun, as many of our Phase 1, 2 and 3 movies were.”

The most recent Marvel Studios film to hit theaters was Thor: Love and Thunder. The film is being directed by Taika Waititi and will star Chris Hemsworth as the titular character, Tessa Thompson as Valkyrie, Natalie Portman as Jane Foster/Mighty Thor, Russell Crowe as Zeus, Jaimie Alexander as Lady Sif, Chris Pratt as Peter Quill/Star Lord, Sean Gunn as Kraglin, Dave Bautista as Drax the Destroyer, Karen Gillan as Nebula and Christian Bale as Gorr the God Butcher. In addition to directing, Waititi will also be reprising his role as Korg. Thor: Love and Thunder is exclusively in theaters now!

What do you think about Joseph Quinn as The Human Torch? Let us know in the comments below or by hitting up our writer @NateBrail on Twitter!