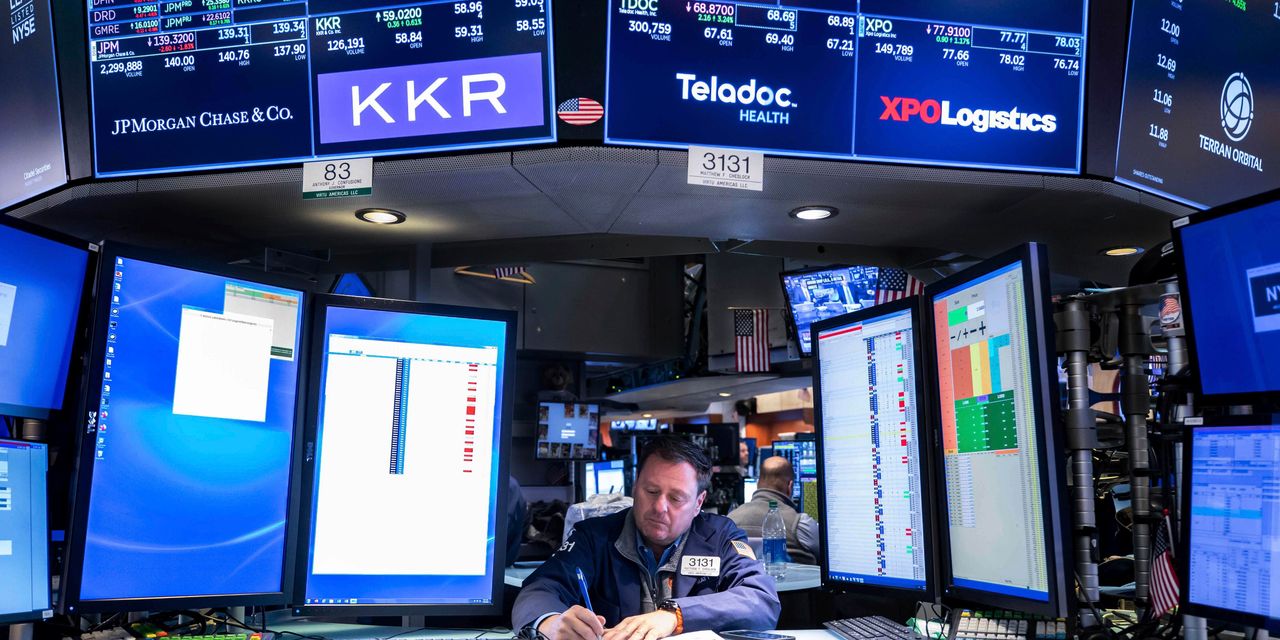 Stocks rose and oil prices neared their lowest levels in almost two weeks Tuesday as US indexes moved closer to finishing a month in the green for the first time this year.

Falling oil prices lifted the S&P 500’s consumer discretionary sector about 1.3% and pushed its energy sector down close to 1.9%. Lower energy costs often assuage investors’ concerns about growth because consumers have more disposable income when they pay less at the pump.

Stock indexes have rallied in recent weeks, reversing much of the losses that came in the wake of Russia’s invasion of Ukraine. Investors have shown calm despite concerns including multidecade-high inflation, fresh Covid-19 lockdowns in China and a Federal Reserve that has begun raising interest rates for the first time since 2018. All three US indexes are on track to finish March in positive territory.

“Markets seem to have become much more comfortable with the idea that the hiking cycle is here, that it will not derail economic growth and that equity markets are still the place to be,” said Altaf Kassam, head of investment strategy for Europe, the Middle East and Africa at State Street Global Advisors.

Investors were monitoring peace talks between Russia and Ukraine, which resumed in Istanbul Tuesday for the first time in two weeks. Ukraine has in recent days signaled an openness to a neutral status as part of a peace deal with Russia. The talks, which have concluded for the day, were described by both sides as constructive.

“Today, Ukraine looks better and buyers are back,” said Mike Bailey, director of research at FBB Capital Partners, of stock markets. “Whether it’s true or not, investors are going with what they see in the headlines.”

In commodity markets, Brent crude, the international oil benchmark, fell about 2.9% to $ 106.34 a barrel. US oil prices hovered around $ 103 on Tuesday, down from the $ 123.70 recorded earlier in March. Both measures were on pace for their lowest closes in almost two weeks.

Oil prices rose after Russia’s invasion of Ukraine, when Western boycotts and sanctions imposed on Russia began to weigh on world-wide supply. A wave of Covid-19 lockdowns in China is expected to reduce global fuel demand, which could help push oil prices down further from recent highs.

Nielsen Holdings surged almost 21% after The Wall Street Journal reported that a consortium led by Elliott Management and Brookfield Asset Management were close to buying the company for around $ 16 billion.

LHC Group shares rose about 6.5% after United Healthcare said it would acquire the home-health company for $ 5.4 billion. Shares of Chewy Inc.

rose close to 3%. The online pet-products retailer is scheduled to announce fourth-quarter earnings after the market closes Tuesday.

Meme stocks shed some of their recent gains, with GameStop down about 5.6%. AMC Entertainment reversed earlier losses edge up about 0.1%. Tesla shares gained about 2.8%. On Monday, the auto maker gained 8% after announcing it was seeking approval from shareholders to split its stock.

Shares of Robinhood surged more than 25% after the online brokerage said it would extend trading hours for users in an attempt to combat slowing growth.

In Europe, shares of auto makers drove the Stoxx Europe 600 up 1.7% at close, the index’s biggest gain in almost two weeks. Barclays shares pared earlier losses to rise about 3.3%, days after the bank admitted to a debt sale mistake that would cost it $ 591 million.

In economic news, the Labor Department on Tuesday reported 11.3 million job openings in February, down slightly from January and December’s record. Private-sector employers had 11.2 million openings on March 18, according to jobs page Indeed.

Investors are keeping an eye on bond markets for a sign many see as an omen of recession. The yield on the benchmark 10-year note slipped to 2.400% from 2.476% on Monday while the two-year note’s yield rose to 2.395% from 2.340% at the previous day’s settlement.

When the shorter-dated bond’s yield rises above that of the longer-dated 10-year, it is known as a yield curve inversion, something that is sometimes considered an indicator of a coming recession.

Write to Will Horner at william.horner@wsj.com and Orla McCaffrey at orla.mccaffrey@wsj.com