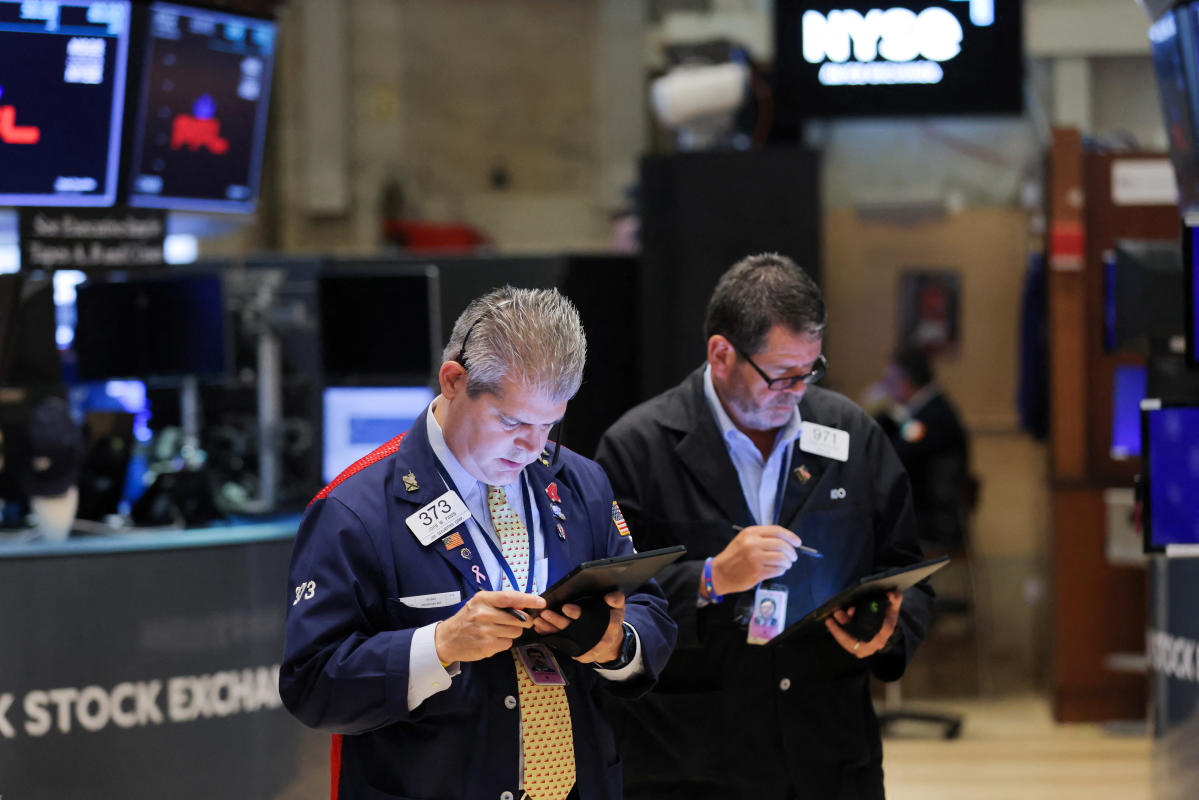 US stocks were little changed Thursday following uneventful trading as investors looked ahead to July’s jobs report on Friday and barreled through more earnings.

The S&P 500 edged down 0.1%, while the Dow Jones Industrial Average slipped roughly 0.3%. After rallying on Wednesday, tech stocks tried to build back momentum, with the Nasdaq up 0.4%.

The biggest action in markets on Thursday, however, was happening away from the major stock indexes with the price of WTI crude oil falling below $90 a barrel for the first time since early February and Coinbase (COIN) shares rising as much as 40%.

Coinbase shares were on the move Thursday after the company announced it had partnered with BlackRock (BLK) to expand access to crypto markets for institutional investors.

Coinbase shares, which closed at a record low of $47.02 on June 30, traded as high as $115 early Thursday. About two hours into the trading session, Coinbase shares were trading closer to $95.

Elsewhere in single-name moves, shares of Chinese conglomerate AMTD IDEA Group (AMTD) were down 27% and its subsidiary AMTD Digital (HKD) were down some 18% in early trading.

AMTD Digital has become a fascination for investors this week with the company’s market value exceeding more than $400 billion at one point. In a statement early Tuesday, the company said it had seen “significant volatility in our ADS price and, also observed some very active trading volume. To our knowledge, there are no material circumstances, events nor other matters relating to our Company’s business and operating activities since the IPO date.”

The company’s statement was called a “thank you note” to investors.

In economic news, first-time filings for unemployment insurance in the US climbed to 260,000 for the week ended July 30, increasing by 6,000 from the previous week’s reading, the Department of Labor said Thursday. The figure was on par with economist estimates from Bloomberg.

Investors look ahead to the main monthly jobs report for July on Friday. Economists expect the broader employment report to show 250,000 new jobs were created last month, a noted decrease from the 372,000 jobs added in June.

Thursday’s moves follow a major up day on Wall Street Wednesday that saw the S&P 500 climb 1.6%, bringing the benchmark index 13% above its June 16th lows – its largest bounce of the year. The VIX – Wall Street’s volatility gauge – meanwhile, has fallen to 22, its second lowest close since mid-April.

“We are clearly doing better than past ‘dead cat bounces,’ DataTrek’s Nicholas Colas said in a note, though adding that a close below 20 for the Vix within the next two months may suggest “excessive market complacency” over an equity investment environment that remains uncertain.

“Happy as we are that US equities are moving higher in more convincing form than prior 2022 rallies, we think it makes sense to stay level headed about risk-return tradeoffs until we have a clearer picture on inflation and future Fed monetary policy,” Colas said.