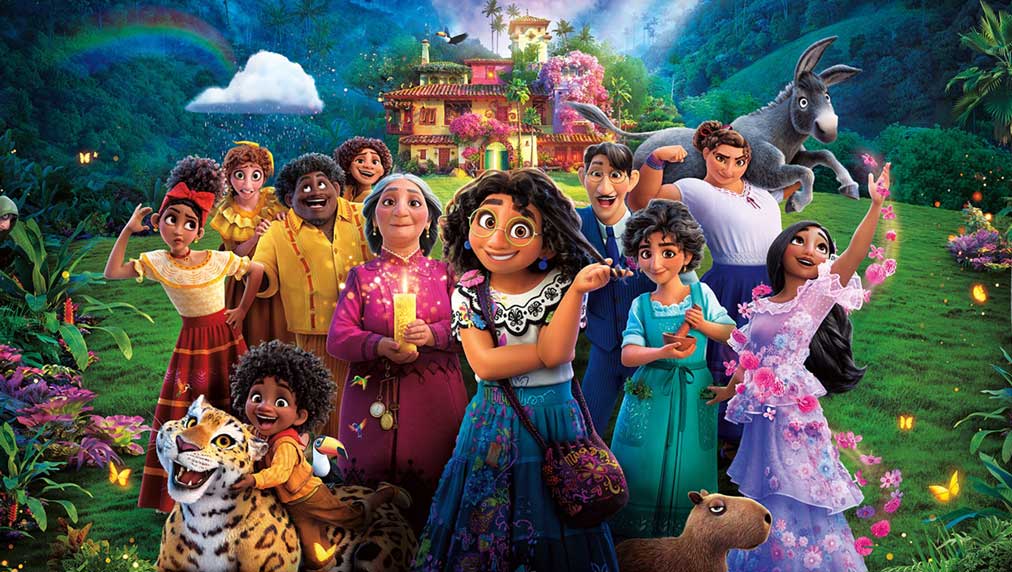 So the Nasdaq composite and S&P 500 managed to extend their advances to three weeks, although by the seat of their pants. Earnings news was mixed, but has been mostly better than expected during the season so far. Strong July payroll numbers on Friday were a mixed blessing as the Fed winds up for its meeting two weeks out. The list of potential leading stocks is broadening, however, and declines in gasoline and oil prices hint at further easing of stress on consumers and the economy.

Investors should cast a wide net for their watchlists, looking for quality stocks in a wide variety of sectors. Lithium and fertilizer giant Sociedad Quimica Y Minra (SQM) is finding support at the 50-day line, not far from an early entry. Monolithic Power Systems (MPWR) is racing up the right side of a base, fueled by strong earnings, but could use a breather. Commercial Metals (CMC) has a double-bottom base and could soon have a handle. Vertex Pharmaceuticals (VRTX) is trying to bounce from its 50-day line and break a downtrend following earnings. China EV giant BYD (BYDDF) is working on a new consolidation but could have an early entry with a strong move above the 50-day line.

After Friday’s smoking-hot jobs report, the stakes rose for Wednesday’s consumer price index, out at 8:30 a.m. ET. It will be among a handful of key reports ahead of the Federal Reserve’s Sept. 20-21 meeting. Confidence that inflation is finally past its peak and headed for a swift decline is key to the current stock market rally. With gas prices providing some relief, analysts expect the July CPI will show a modest 0.2% monthly rise, following June’s startling 1.3% increase.

The Streets sees the annual CPI inflation rate easing to 8.7% from 9.1% in June. Much of the gas-price decline won’t show up until the August report. However, Federal Reserve chief Jerome Powell indicated that the Fed sees core inflation, excluding food and energy, as a better indicator of where inflation is headed. Keep a close eye on nonenergy services inflation, which hit a 30-year high of 5.5% in June.

The producer price index, a read on wholesale inflation, is out Thursday at 8:30 a.m.

On Friday at 10 a.m., release of the University of Michigan consumer sentiment index will offer the latest update of consumer inflation expectations. In June, Fed chief Powell cited the rise in inflation expectations as among the reasons policymakers uncorked a 75-basis-point rate hike, but the recent trend has been a bit better.

Late Wednesday, Walt Disney (DIS) should report it grew earnings 22% to 98 cents last quarter. Revenue is seen growing 23% to $20.994 billion. Disney’s Shanghai resort temporarily closed in April amid a fresh Covid wave, and it warned in May of ongoing impact across international parks and resorts, cruise ships, and film and TV productions. Meanwhile, the young Disney+ streaming service, seen as a growth engine, continues to grow subscribers while streaming losses also expand. Wall Street expects Disney+ subscribers to reach 147.7 million in the June quarter, up 27% year on year and up 7% from the end of March.

Q2 Checkup: Not As Bad As Expected

The latest earnings season isn’t going as poorly as feared, helping to fuel the market’s recent rebound, according to Yardeni Research. As of midweek, 356 (or 71%) of the S&P 500 companies had reported Q2 results. Revenues beat consensus forecasts by 2.5%. Earnings exceeded estimates by 5.6%. So far, 68% of the Q2 reporters have reported a positive revenue surprise, while 77% have beaten earnings forecasts. Collectively, the companies logged a y/y revenue gain of 15% and an earnings gain of 10.9%. Both of those growth rates have slowed since Q1-2021. Both the revenues and earnings surprises were positive, but relatively low for the third quarter in a row.

The JPMorgan Auto Conference runs Tuesday and Wednesday. Ford (F) and General Motors (GM) will be there, likely to discuss EVs, the commercial EV market and maybe the pending infrastructure/energy bill and EV tax credits. Rivian (RIVN) reports late Thursday. The EV startup will likely report a wider loss, to $1.63 a share from 66 cents a year ago. Analysts project revenue will vault 252%, quarter over quarter, to $335.4 million, as R1T electric truck deliveries ramp up.

There is no year-ago revenue. Rivian’s production and delivery outlook will be key, after Lucid (LCID) recently slashed 2022 output guidance in half though other U.S. EV-only startups maintained goals. Market watchers see both Rivian and Lucid as credible luxury EV competition to Tesla (TSLA) in the long term.

Rivian is laying off 6% of staff, amid a semiconductor shortage and other industry challenges. Among other EV startups due next week, Canoo (GOEV) reports late Monday and Lightning e-Motors (ZEV) late Tuesday. Charging play EVgo (EVGO) is on deck early Tuesday.

Tesla Shareholders Approve 3-For-1 Stock Split: Is Now The Time To Buy?

Hotel chain Hyatt (H) reports second-quarter earnings Tuesday. Wall Street expects the company will earn four cents per share, up from a loss a year ago, on revenue up 103% to $1.345 billion. The results will arrive as the travel industry’s red-hot resurgence runs up against higher prices, including for travel itself, and the threat of a recession. Marriott Vacations Worldwide (VAC), which oversees timeshares for Marriott’s hotels, reports Monday. Target Hospitality (TH) — which has soared 96% from a July breakout — reports Tuesday as well.

In another week of busy biotech reporting, Ionis Pharmaceuticals (IONS) is well positioned for a potential breakout. Shares are forming a cup base with a buy point at 44.52. Analysts expect the company to report a 61-cent per share loss and $140.7 million in sales before the market opens on Tuesday. Its loss would widen year over year as sales grow about 12%.

Investors may also keep an eye on Catalyst Pharmaceuticals (CPRX) stock which has soared into a profit-taking zone after popping above a cup base in late July. Catalyst is on deck to report early Tuesday. Analysts expect 55% earnings growth to 17 cents per share, on an adjusted basis, and $49.2 million in sales, up 46%.

A Postcard From The Crypto Crash

It’s been a turbulent first half of the year for cryptocurrency exchange Coinbase (COIN). COIN stock is down more than 60% so far this year and the company laid off 18% of its workforce in June. Wall Street predicts second quarter earnings will plummet when it reports on August 9. Coinbase is expected to post a loss of 25 cents per share vs earnings of $7.24 per share last year. Revenue is forecast to crumble 61% year over year to $873.8 million from $2.23 billion.

Cybersecurity firm Qualys (QLYS) reports Q2 earnings after the stock market close on Monday. Analysts expect EPS of 79 cents, flat vs. a year earlier. Revenue is projected to rise 19% to $117.5 million. Nearly 25% of its sales come from Europe. And, there’s potential downside to billings estimates in the second half, analysts say.

Celsius (CELH), an energy-drink maker, reports second-quarter earnings on Tuesday. Wall Street expects the company to earn eight cents per share, up 60%, with sales jumping 128% to $148.7 million. Shares are breaking out.

Trade Desk (TTD) reports Q2 earnings after the market close on Tuesday. Analysts expect the digital advertising firm to report EPS of 20 cents, up from 18 cents a year earlier. Analysts estimate revenue of $365 million, up 30%. EBITDA is expected to come in at $123 million. Analysts will likely seek management’s view on Netflix‘s (NFLX) advertising deal with Microsoft (MSFT).

Axon Enterprise (AXON) reports Q2 earnings after Tuesday’s stock market close. Analysts expect profit of 39 cents a share, up a penny from a year earlier. Revenue is expected to rise 18% to $259 million. A three week advance lifted shares more than 20% ahead of the report.

Spirit Airlines (SAVE), the ultra-discount air carrier, reports second-quarter earnings on Wednesday, in the wake of their merger deal with JetBlue. Wall Street expects Spirit to lose 46 cents per share, with sales up 57% to $1.345 billion.

TransDigm Group (TDG) broke out from its double-bottom base ahead of its earnings report. TDG stock is trading above its buy point of 633.44 and its buy range tops out at $665.12. Analysts forecast TDG to report 31% earnings growth to $4.39 per share and 16.67% revenue growth to $1.4 billion.

Stride (LRN) reports late Tuesday. Earnings are likely to vault 153% to 63 cents per share. Revenue is seen rising 6% to $421.9 million. LRN stock is slightly extended from a 41.30 buy point off a flat base, meaning shares are not in buy range.

Norwegian Cruise Line (NCLH), a cruise-ship operator, reports second-quarter earnings on Tuesday. Analysts expect the company to lose 88 cents per share, on sales of $1.264 billion, up from $4 million a year ago.

H&R Block (HRB) is in the midst of a runaway rise after breaking out in March, and analysts anticipate it will continue with Tuesday’s financial report. Earnings are expected to skyrocket 125% to $1.24 per share and revenue is expected to more than triple to $996 million.

CyberArk Software (CYBR) reports Q2 earnings early Aug. 10. Analysts expect the cybersecurity firm to report a 30-cent loss versus EPS of 1 cent a year earlier. CyberArk is shifting to a subscription-based business model. Revenue is expected to climb 18% to $138.5 million. Subscription annual recurring revenue is expected to come in at $451.7 million.

Staar Surgical (STAA) recently surged above its 50-day line, earning a newfound level of support. The company is slated to report second-quarter earnings late Wednesday. Analysts expect adjusted income of 23 cents a share and $80.1 million in sales. Earnings would sink 15% as sales surge more than 28%.

CACI International (CACI) stock has been in a series of consolidations for the past year, trading upward toward its buy point of 313.62. But CACI’s EPS is expected to fall 20% to $4.54 per share this quarter. Analysts predict the defense software and technology company’s revenue will grow 5% to $1.66 billion.

IBD Live: Learn And Analyze Growth Stocks With The Pros