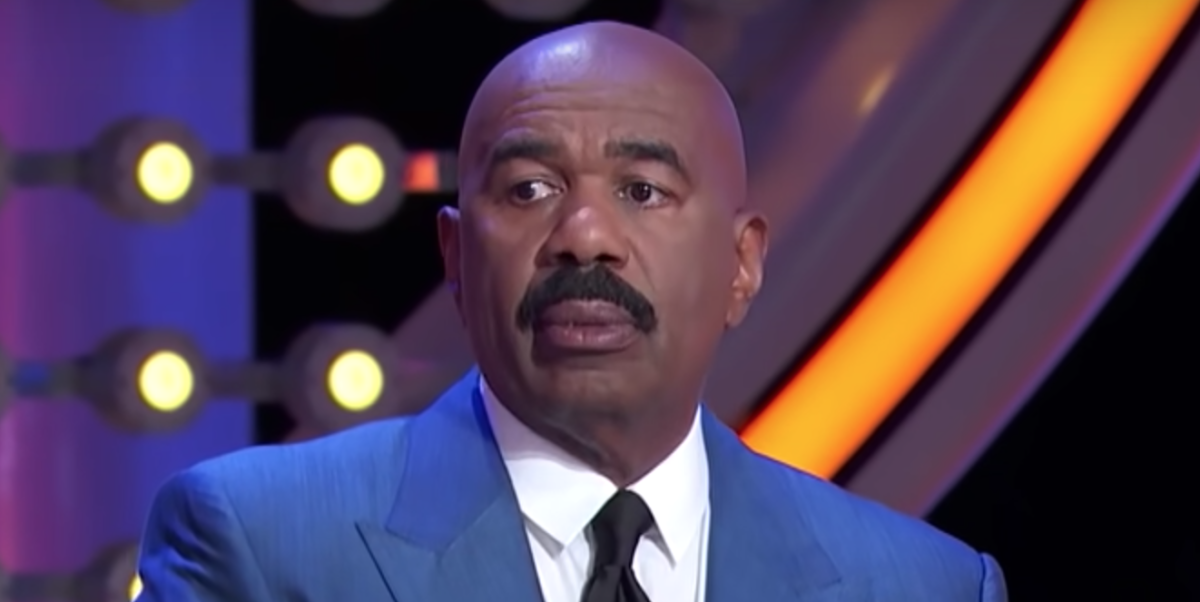 “Hearst Magazines and Yahoo may earn commission or revenue on some items through the links below.”

Steve Harvey has heard many unexpected answers while hosting Family Feud. But he experienced a different kind of surprise when the game was about him.

It all happened during a recent Family Feud round when the 65-year-old TV personality asked the Gonzales and Holley families to answer a question regarding his signature look. With seven top answers on the big board, Steve asked Sandy from the Gonzales team and Tyler from the Holley team to “name a reason Steve Harvey might put on a wig.”

Moments later, Sandy buzzed in but nothing could have prepared the Judge Steve Harvey star for what he was about to hear. “‘Cause you’re bald?” she said. The audience wasted no time in reacting to the candid answer with laughter and applause. But it was a different story for the game show host.

After taking a second to process what Sandy offered on behalf of her crew, Steve quietly replied back with his two cents. “Maybe I want to be,” he said. Seeing the Family Feud host hilariously give her a side-eye, she quickly tried to defend her answer. “I got three bald brothers,” Sandy said.

Unfortunately, it seemed to be too little too late. “Nobody asked you nothing, Sandy,” Steve replied. In a shocking twist, the Family Feud contestant’s answer “wants hair” was the top answer on the big board. “I’m not gonna get sick of bald, I can tell you that right now. I actually love it. Low maintenance,” Steve said back.

In the end, the Gonzales family had three misses and the Holley family won. But Family Feud fans watching the funny scene from home did not soon forget the back-and-forth exchange. “I cant stop laughing 😂😂,” one person wrote on YouTube. “I like it when Steve Harvey jokes about himself. 😂,” another added. “Steve Harvey is a great host and King of comedy,” a different fan said.