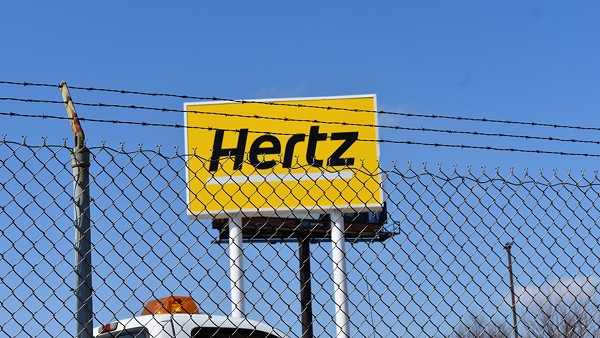 On June 6, 2020 Cindi Musgraves’ car was stolen when it was parked near a hotel in Alton, where she lives.

But her real problems began when she rented a replacement.

From Hertz, Musgraves got a Nissan Altima; thankfully her insurance covered it. She extended the rental agreement in August, but despite Hertz and Musgraves’ insurance saying everything was in order, later that same month she got a notice from Hertz that the car was 35 days overdue.

Hertz had her credit card on file, and she was charged more than $ 1600. With insurance no longer covering the rental cost, Cindi and her husband Myles started paying out of pocket.

In September, Cindi and Myles were considering moving to Tennessee. They were on their way to a job interview near Nashville when police pulled them over. The Altima they were driving had been reported stolen, they said.

“They had their guns drawn,” Cindi says. “It was a hot mess.”

Cindi had never been so much as arrested in her life; she showed the police the rental agreement, but it was no use. “They said they had no choice. They had to take her to jail,” says Myles, who was allowed to remain free.

“They thought we were car thieves,” Cindi says, adding that she was “freaking out” at the sight officers pointing guns at them. She worried about her husband Myles, who is Black. The police shootings of the summer were fresh on both their minds.

Cindi spent a day in jail. “They took the car, they took our belongings and we had just enough money to get us back home,” she says.

Today, Cindi is one of more than 230 claimants in an ongoing class action lawsuit against Hertz, which is making national news.

Her arrest, it turns out, stems from flaws in the company’s rental system, which causes it to report cars as stolen for reasons as trivial as an update to the rental agreement, or a customer trading one rental for another.

In Cindi’s case, Hertz seems to have reported the Altima stolen when she and her husband extended the rental through their insurance.

Temika Thompson, of Walnut Park West, is also among the claimants. Four months after she rented from Hertz in September, 2017 the car vanished. She called the company to report it stolen, at which time employees “told her not to worry, it was just repossessed” by Hertz, according to a court filing.

Months later, Thompson learned Hertz had filed a police report against her for stealing, and there was a warrant out for her arrest.

For three years the warrant “hung over her head; it made her life hell,” according to the court filing.

Thompson repeatedly called Hertz to try to rectify the situation. The company said it had no record of her rental. In April 2021 she was arrested and spent three days in jail.

The criminal case against her is still pending.

“You have men in uniform, who are being wrongfully used by a private corporation, with guns drawn to people’s heads and pulling them out of the car and arresting them,” says Francis Malofiy, the Pennsylvania-based attorney representing Musgraves, Thompson and others in the lawsuit.

Malofiy’s 230 claimants spent a total of 2742 days in jail, he says. Some refused plea deals and stayed locked up for months waiting for their day in court.

“Even when Hertz is made aware that their information is incorrect, inaccurate, misleading, or just straight out false, they refuse to correct it,” Malofiy says. “They’re abusing taxpayers, abusing the police, abusing the system, abusing prosecutors, because it’s a lot cheaper to have the police find your lost car.”

Malofiy is a colorful character. In 2018 he won a $ 44 million settlement for a Philadelphia-based songwriter who co-wrote, but did not receive credit for Usher’s 2004 song “Bad Girl.” A suit against Led Zeppelin over the authorship “Stairway to Heaven” made big headlines, but was unsuccessful.

Malofiy learned about the Hertz case when he heard an acquaintance had been jailed on auto theft charges after renting from Hertz.

After learning that many others had the same problem, Malofiy rented a 40 foot tour bus, put a satellite on top to communicate with his office, and hired a camera crew. They went state to state documenting the Hertz cases, from the Northeast to Florida and Texas. “I told my team I’d have them back by Christmas and I got the bus back on Christmas Eve,” he says, adding that the 17 stories he documented were the lawsuit’s first group of claimants.

“The vast majority of these cases involve renters who were many weeks or even months overdue returning vehicles and who stopped communicating with us well beyond the scheduled due date,” Hertz claimed in a statement to the Washington Post late last year.

Last month, a New Hampshire healthcare consultant and “elite President’s Circle” Hertz member was arrested while disembarking from a cruise ship for “stealing” a car he rented from Hertz, despite having the credit card statements proving he paid for the car.

“It should be the ‘I am the world’s biggest hypocrite award’ for this guy,” Malofiy says.

The Innocence Project did not respond to a request for comment about O’Hara.

Following her arrest, Cindi and Myles Musgraves had to travel back to Tennessee three times to appear in court.

Finally, in August 2021, almost a full year after the ordeal began, Cindi’s receipts and copy of the rental agreement were enough to convince the Tennessee judge to dismiss the case.

In some cases, police have expressed remorse at Hertz for causing them to arrest innocent people.

“Hertz is treating the police as if it’s their repo company,” Myles says. “That’s not right.”

As Malofiy makes this point, he pauses to check his email. “Hold on a second,” he says. He has received a message from a woman who had been arrested after renting a car from Hertz. She’s asking about joining the class action.

“This has happened to thousands of people,” he says.