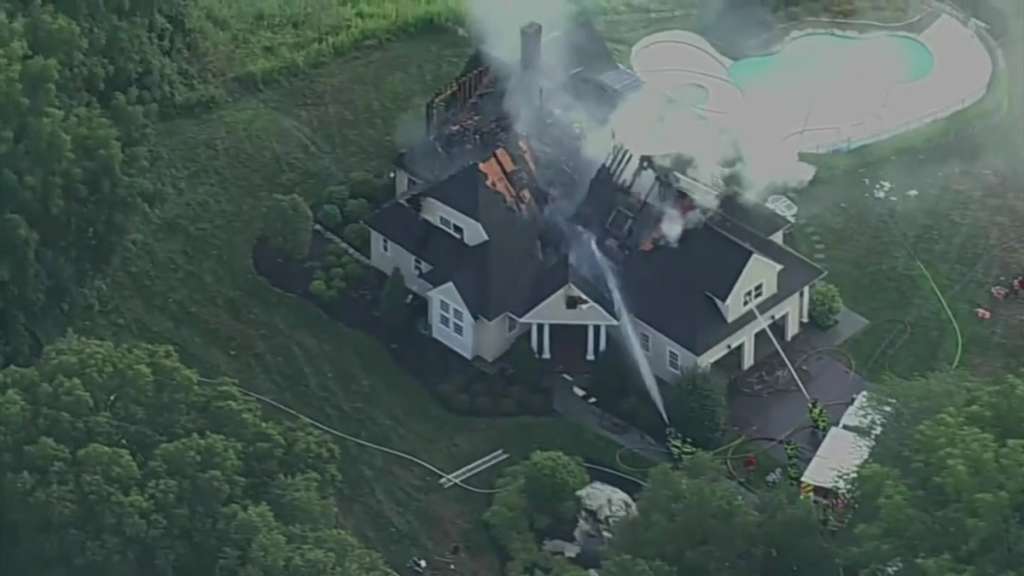 SOUTHBORO, MASS. (WHDH) – A Southborough home caught fire after being struck by lightning during a storm Friday afternoon.

Firefighters said the flames were caused by lightning hitting the home’s chimney. The blaze caused heavy damage to the top floor of the house.

“There’s parts of brick from the chimney that got thrown 20 to 30 feet away from the building,” said Southborough Fire Chief Steven Achilles.

According to the Fire Department, the family was in the house at the time of the strike.

“They were in the house in their kitchen, heard an extremely loud bang and a light, they knew something had happened,” said Achilles.

While fighting the flames during the storm, firefighters said that there was a burst on the second floor, making the blaze even more difficult to control.

Officials said three firefighters were transported to the hospital but are expected to be okay.

The severe storms took down power lines and trees, causing lots of damage to the area.