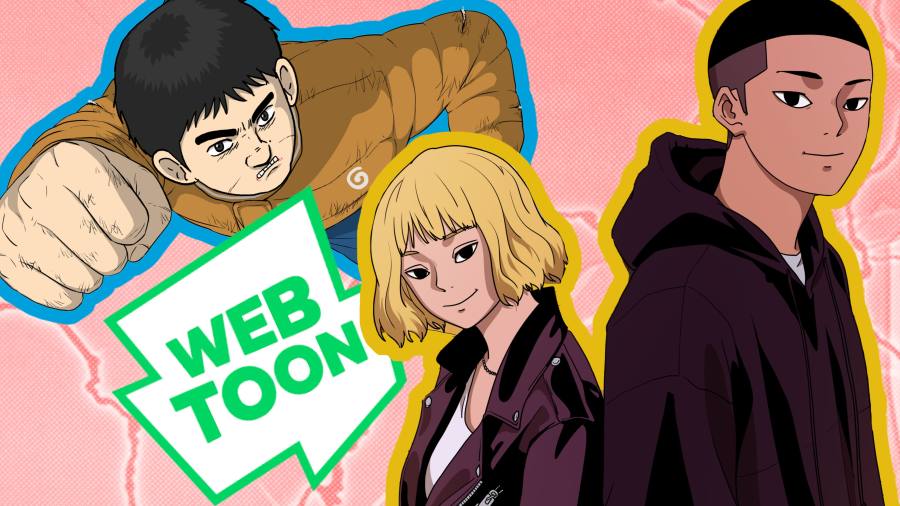 As the author of a series that has attracted 1.2bn reads, Rachel Smythe is one of the world’s leading webtoons creators. But in her native New Zealand, almost no one seems to know what she does.

“If I go to a party, people will be like: ‘I do not know what that is,'” said Smythe, whose graphic novel based on her ‘Lore Olympus’ series topped the New York Times bestseller list last year. “And when I tell them that I got a job with an app that was founded in Korea, they say: ‘Rachel, it sounds like a scam – are you going to be OK?'”

Webtoons, comic strips that are designed to be read on a smartphone, are South Korea’s latest cultural export to break out of Asia after the global success of K-pop superstars BTS and Netflix sensation Squid Game.

They are already big business in Japan. In January last year Piccoma, the Japanese webtoon subsidiary of Korea’s Kakao Entertainment, achieved monthly revenues of $ 96mn, making it the second-top grossing non-gaming app in the world. It was second only to TikTok, surpassing YouTube’s app and Tinder.

Now webtoons are breaking into the mainstream. All of Us Are Dead, a South Korean zombie apocalypse coming-of-age drama that began life as a digital comic on the Naver Webtoon platform, was at the end of February the most watched non-English language show on Netflix. Kakao webtoons Itaewon Class, Moving, and Dr Brain have been successfully turned into TV series on Netflix, Disney +, and Apple TV + respectively.

But Smythe’s experience illustrates how webtoons still remain unknown to many outside East Asia, even as they gather a burgeoning army of young non-Asian fans and target the American market.

One of the pioneers of the industry is Kim Jun-koo, a software engineer who was frustrated by the slow death of traditional Korean manhwa comic books in the wake of the Asian financial crisis in the late 1990s.

His webtoon platform Naver Webtoon, which he founded in 2004, is now the world’s largest, boasting 750,000 creators and 82mn monthly active users. Gross merchandise volume, a metric for the amount of money spent by users within the app, increased from $ 492mn in 2019 to $ 900mn in 2021.

“A webtoon is not a digital version of a comic book. It is a comic that has been created digitally, ”said Kim. “In Korea, comic books were fading away, it was an example of a dire situation leading to innovation.”

“There is no genre limitation in webtoons, and the genres are very diverse,” said Jang Min-gi, professor of media communications at Kyungnam University. “Users can see them on the move, access them very quickly and view them in a very short span of time.”

With hundreds of thousands of creators and tens of millions of monthly readers, webtoon companies are able to deploy a range of monetization strategies. Some use a YouTube-style model of attracting large audiences with free content, others a Netflix-like model of attracting paying subscribers for the most popular series or a “microtransaction” payment model favored by gaming apps.

“The business model has now evolved more into making readers pay for the next episodes if they want to read them immediately. . . if the story is fun and compelling, readers will not want to wait, ”said Song Jin-woo, head of platform operation management at Kakao Entertainment, which operates Kakao Webtoon.

Analysts and industry leaders describe a “virtuous circle”, whereby successful adaptations into other media attract legions of international fans, who are then turned on to webtoons as they seek out the source of their favorite stories and characters.

As well as exporting their own audiences to foreign platforms, Korean platforms have set about “importing” foreign audiences through deals giving them access to what Kim Jun-koo describes as “super IP”.

In 2019, Kakao Entertainment entered into a collaboration with American comic book publisher DC Comics. Naver Webtoon has entered into partnerships with DC, its rival Marvel, Archie Comics, and Hybe, the South Korean business behind BTS.

Both platforms have built loyal audiences in Europe, Latin America, and south-east Asia. Naver Webtoon, which offers services in French, Spanish and German, is launching its own European corporation, while Kakao Webtoon launched in Thailand and Taiwan last year.

We are now focusing on expanding into the US, which is the world’s largest content market. To become successful there, we need to make webtoons tailored for American tastes, ”said Park Jeong-seo of Kakao Entertainment, which acquired Los Angeles-based webtoon publisher Tapas Media last year in a deal worth $ 510mn.

Naver Webtoon’s 14mn American users constituted 17 per cent of its global readership, compared with 25 per cent in South Korea, 15 per cent in south-east Asia, 8 per cent in Japan and 4 per cent in Europe.

Last year, it completed the $ 600mn acquisition of Canadian company Wattpad, a platform for user-generated written content with 94mn users of its own.

As well as giving the company access to new users in foreign markets, executives believe the purchase will help them to drive up the quality of their creations by partnering with promising illustrators.

“There are two methods of telling stories – one visual, and one written – so if we bring those together, it’s only going to be stronger,” said Aron Levitz, president of Wattpad.

Naver Webtoon CEO Kim Jun-koo said that while his company’s ambitions were backed by its deep-pocketed parent, Korean web portal Naver, “we are planning to have more aggressive acquisitions, and if we need larger investment, then we are planning to review an IPO or external financing. ”

As webtoon platforms target the US, analysts have questioned whether Korea’s “digital snack culture” will resonate with an American audience.

But executives and creators are placing their confidence in a group of consumers that they argue is routinely overlooked: young women and teenage girls. Of Naver Webtoons’ US users, over 70 per cent are under 24. Young women constitute 80 per cent of Wattpad’s readership.

It was this demographic that powered Rachel Smythe’s ‘Lore of Olympus’ webtoon based on the Greek myth of the romance of Persephone and Hades to the top of both digital and physical best-seller charts.

“Young women are so passionate and just have so much to give, yet often the things that they like are insulted and looked down upon,” said Smythe.

“But this is an app where the things that they like are celebrated and treated with respect. I think that’s why it’s doing so well. ”