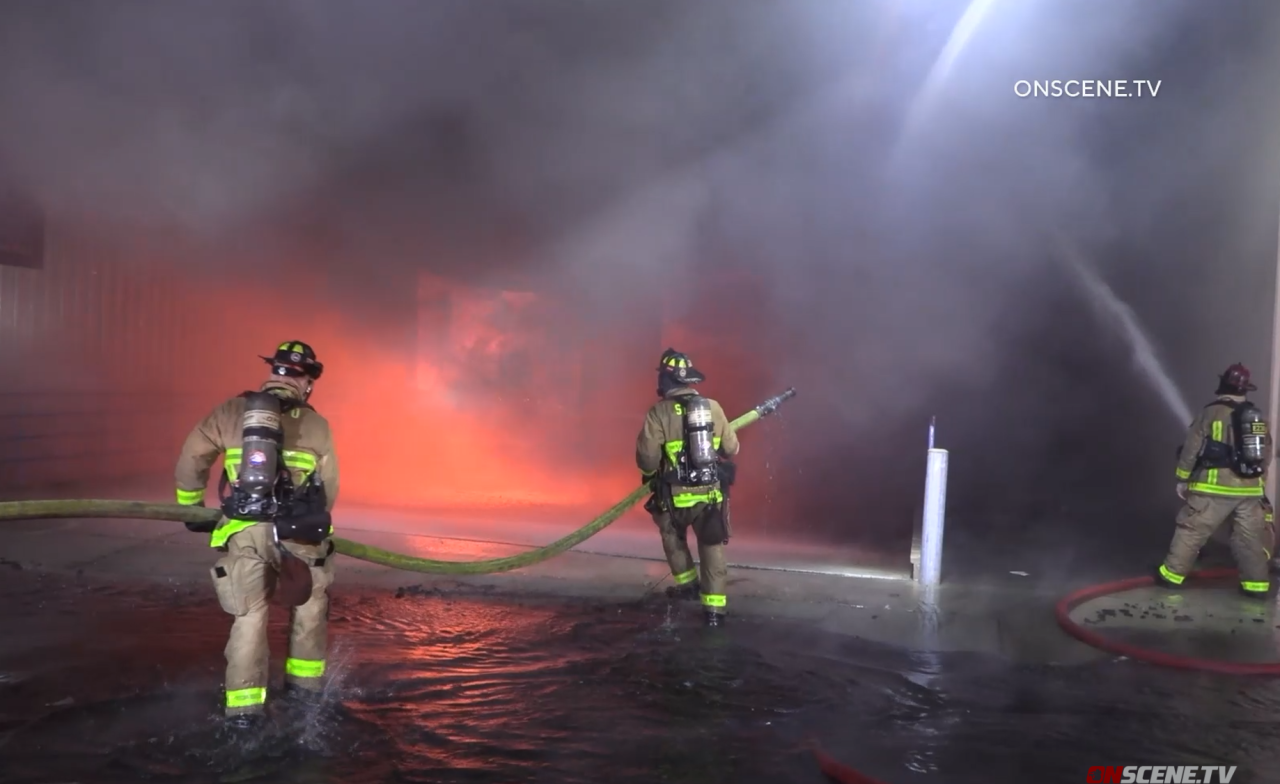 The blaze, located at 325 W 30th Street in National City, was first reported around 11:05 pm Monday night when multiple drivers on Interstate 5 and State Route 54 spotted a building on fire while driving by, according to Battalion Chief Robert Hernandez.

Video from OnSceneTV showed heavy flames inside the building as crews were working on multiple sides of the building to keep the fire contained.

The fire, which broke out at Western Hose & Gasket Co., eventually spread through the roof of the building, prompting fire crews to shift to a defensive strategy, as the building to the east of the business became threatened, Hernandez said. Crews were able to set a defensive line of containment to keep the fire isolated to the one building.

The structure was determined to be at risk of a building collapse, with fire crews identifying clear signs of compromising the warehouse’s integrity. Structural engineers will be called in to investigate and nobody will be allowed into the building as a precaution, according to NCFD.

San Diego rent can increase up to 10% after CA law

While the full extent of the damage has not yet been determined, the losses are expected to be in the millions, Hernandez said.

There were no injuries reported among firefighters. Crews are expected to remain at the scene throughout the day.

The cause of the fire has not yet been determined.