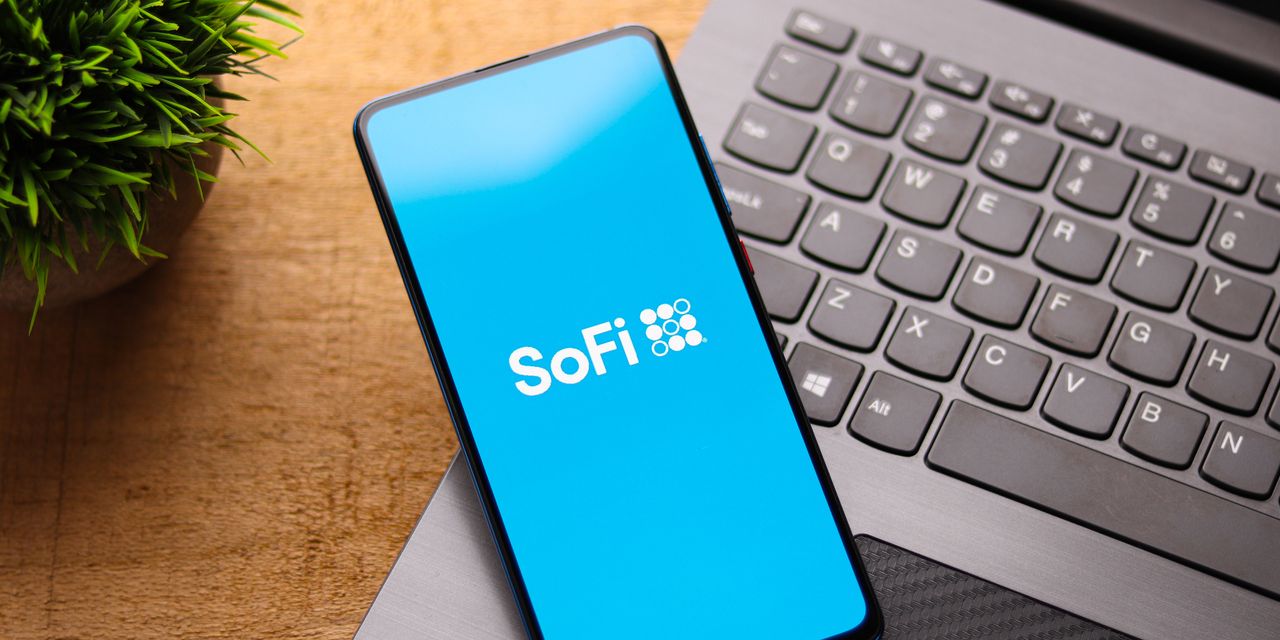 stock was spiking Monday after it was upgraded by Piper Sandler analyst Kevin Barker, who said the market may be over-discounting the financial services company’s growth potential.

) to Overweight from Neutral, even as he lowered his price target to $ 10 from $ 12. The analyst believes the company is poised to significantly ramp up Ebitda, or earnings before interest, taxes, depreciation, and amortization, in the second half of 2022 and into 2023.

“The combination of rapid growth in deposits, the expiration of the student loan moratorium, and revenue growth in the financial services segment should lead to significant earnings momentum throughout 2023 and 2024,” Barker wrote in a research note.

SoFi stock was up 5.7% to $ 7.14 on Monday. The shares have dropped 57% this year, weighed down by ongoing extensions of the student-loan moratorium. SoFi lowered its full-year revenue guidance in April, after the Biden administration extended the break on loan repayments to August.

According to Piper Sandler’s macroeconomic research team, the moratorium could be extended through the end of the year, which leads Barker to predict that many people will be looking to refinance their debt in early 2023. This could be a catalyst for the stock, he said , as an expiration fo the moratorium could result in an additional $ 20 million to $ 30 million of Ebitda per quarter, he added.

SoFi is also seeing strength in other business segments, including an uptick in deposits, which would drive down the company’s cost of capital and reliance on loan sales. SoFi reported earnings last week that just about met analysts’ expectations, while revenue of $ 321.7 million beat estimates. The stock plunged immediately after because the company’s second-quarter revenue estimate came in lower than analysts predicted.

Still, analysts have remained upbeat on the stock. Of the 14 analysts covering the stock, 64% rated it a Buy and 36% a Hold, according to FactSet.