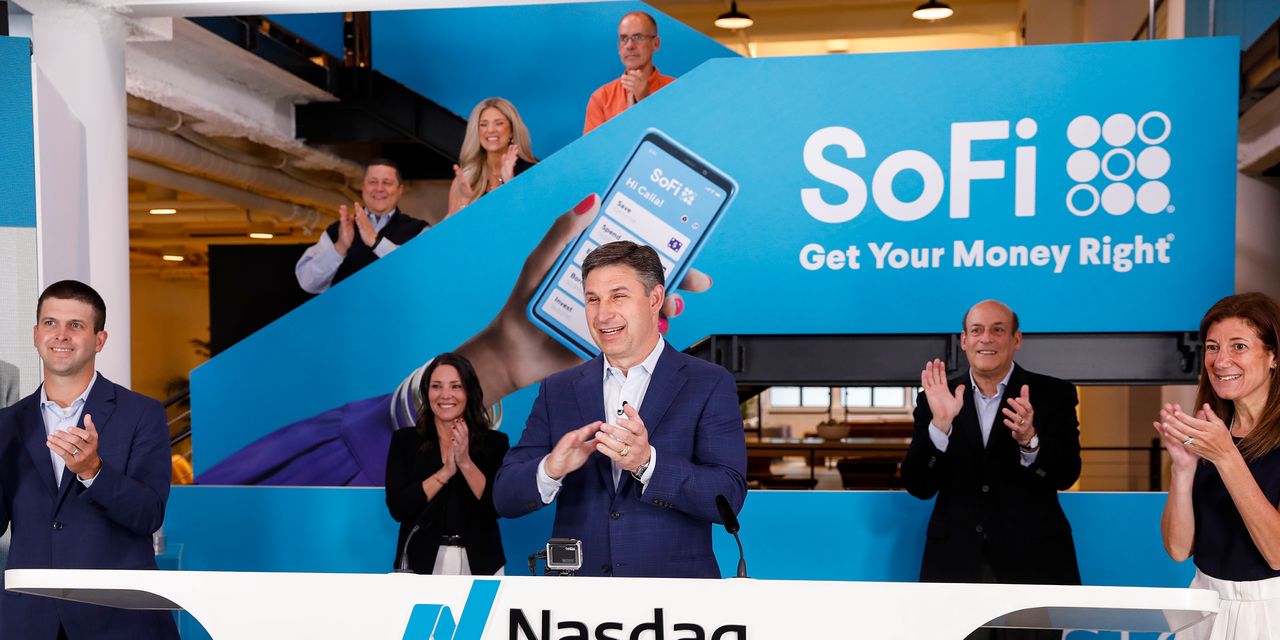 Shares of SoFi Inc. rose 8% in after-hours trading Tuesday after the company beat expectations with its latest results and signaled various benefits stemming from its bank charter.

“While the political, fiscal and economic landscapes continue to shift around us, we have maintained strong and consistent momentum in our business,” Chief Executive Anthony Noto said in a statement. “We built our products and services to provide sustainable growth and profitability, and that is what we are delivering.”

posted adjusted earnings before interest, taxes, depreciation and amortization (Ebitda) of $20 million, up from $11 million a year before and ahead of the FactSet consensus, which was for $10 million.

Revenue increased to $362 million from $231 million, while analysts had been looking for $344 million.

SoFi saw $2.5 million in personal loan originations during its second quarter, which marked a 91% rise relative to a year prior.

“This outperformance resulted from years of investment in technology to automate and accelerate the application-to-approval process for qualified borrowers and constant testing of risk controls and underwriting models to maintain the highest credit quality,” SoFi executives said in the release.

The company disclosed that student-loan volume of $399 million to the quarter was down to about 25% of SoFi’s average pre-pandemic volume “as the moratorium on student loan payments continues to weigh on the business.” Home-loan originations fell by more than half to $332 million, which the company attributed in part to rising interest rates.

Noto shared on the earnings call that the company was seeing strong benefits from the bank charter it officially obtained at the start of the year.

See also: SoFi is ‘not just another neobank,’ Bank of America analyst says

“The bank charter could not have come at a better time and the economic benefits are already starting to positively impact our operating and financial results,” he said, noting that the company has been able to offer “an industry-leading APY and value prop ,” which has been a membership driver for its SoFi Money accounts.

Additionally, the company has seen improved deposit and spending trends.

“To put this in perspective, it took three years to accumulate our first $1 billion of deposits and just three months to grow another $1.6 billion,” Noto said. “In addition, approximately 80% of our deposits are from direct-deposit members, demonstrating the quality and stickiness of these deposits.”

For the third quarter, SoFi executives model adjusted earnings before interest, taxes, depreciation and amortization (Ebitda) of $75 million to $80 million, whereas analysts were expecting $35 million.

“Throughout the last 12 months, we have demonstrated the benefit of having a diversified set of revenue streams and a keen focus on continuing to underwrite high-quality credit,” Chief Financial Officer Christopher Lapointe said on the call. “We expect those benefits to persist going forward even in light of the existing macro backdrop.”