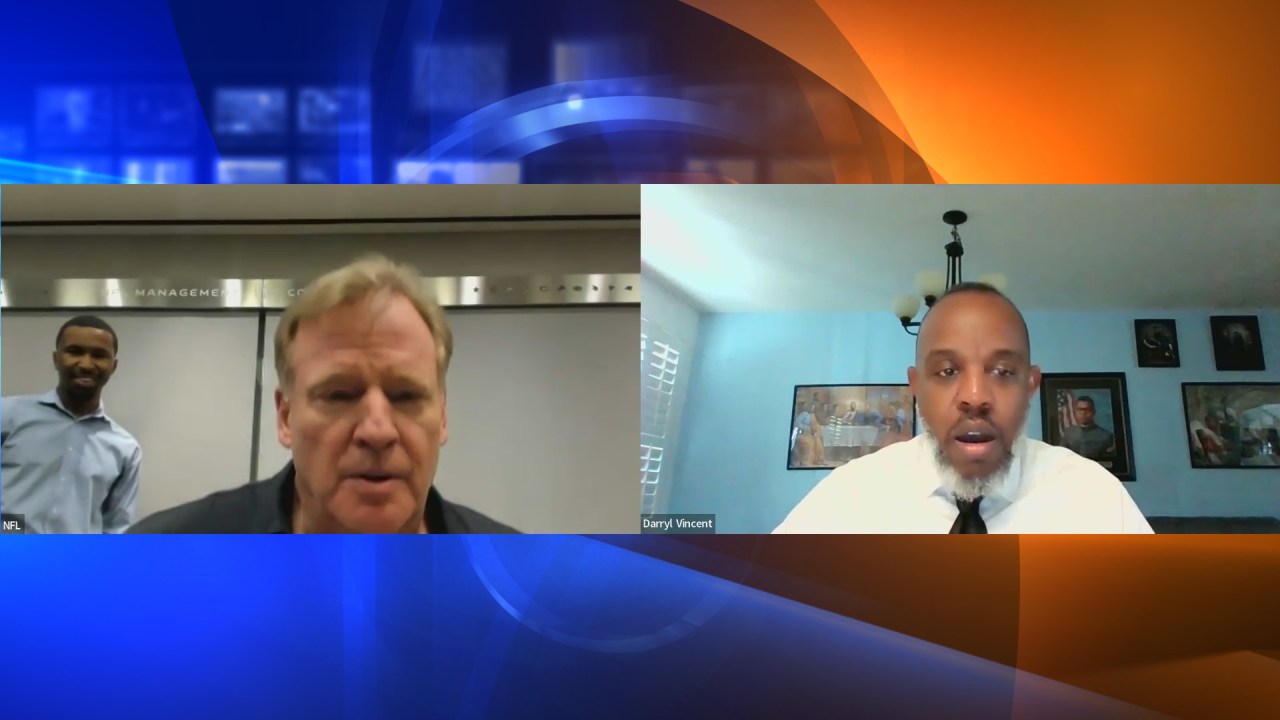 Darryl Vincent, who has spent two decades serving thousands of homeless veterans in Los Angeles and across the country, recently got the surprise of a lifetime when the football fan learned he was going to Super Bowl LVI, courtesy of the NFL.

Vincent found out about the gesture during what he thought was a meeting with the NFL about how they can support his organization, US Vets, which is headquartered in downtown Los Angeles.

The nonprofit provides services like housing, counseling and meals for thousands of veterans nationwide, such as US Navy veteran Levi Cunningham.

“He has helped me by being an example,” Cunningham said.

During the call, Gerald Smith of NFL Communications told Vincent, a veteran of the Marine Corps, he has “a colleague who wants to meet with you, so just give me one second.”

Turns out, that “colleague” is none other than NFL Commissioner Roger Goodellwho offered Vincent a trip to Super Bowl LVI, taking place this Sunday in Inglewood.

“Thank you for your service. We respect and admire so much of what you’ve done over your entire life,” Goodell said.

Vincent said he was shocked and overwhelmed by the gesture.

“It really was like someone is paying attention to what we’re doing, and I get to represent that,” he said.

Cunningham said he was “floored” that Vincent is being honored, but “he’s really deserving” of the gift.

Vincent, a Rams season ticket holder, was given two tickets, and he said it did not take long for him to decide who to bring with him: his son, Joey.

US Army 1st Lt. Joey Vincent said his father “made sure me and my brother have the best life we ​​can possibly have” while raising them as a single father.

“I think a lot of people appreciate how hard-working he is,” Joey Vincent said. “That’ll probably be the only time he ever hears me say that.”

Joey Vincent is receiving a special exemption to leave his military flight school in Fort Rucker, Alabama, to attend the Big Game, which comes about a month before he leaves for a year in South Korea.

“Once in a lifetime,” Joey said.

Darryl Vincent said he hopes the trip to LA leaves an impact on his son.

“Hopefully, it impresses upon him our duty to not only serve ourselves, but to serve others. This Super Bowl trip is emblematic of that to me, ”he said.