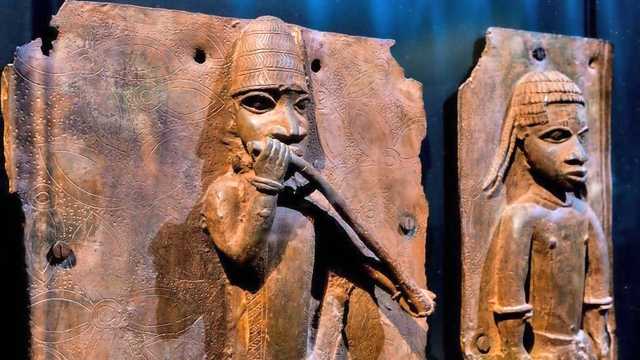 I have written comprehensively before about the Benin Bronzes and recent initiatives to bring them back to their original habitat in the ancient Kingdom of Benin, now in southern Nigeria.

The most famous pieces are 900 bronze plaques, dating mainly from the 16th and 17th centuries, once nailed to pillars in Benin’s royal palace. Not all the artifacts are made of bronze, but some include carved elephant tusks, leopard statues, and even wooden heads.

While Germany, France, and other European countries have in the past agreed to repatriate their holdings of Benin Bronzes, this week in a ground-breaking move, the world’s largest cultural organization, The Smithsonian Institution, set a new bar for how museums respond to changing attitudes about cultural heritage and the legacy of colonial violence.

The Smithsonian agreed to return 39 priceless artifacts being its entire collection of Benin Kingdom Court Style artworks to their homeland in Nigeria.

The return of the artifacts marks the cornerstone of an agreement that could be signed as early as next month between the Smithsonian and the Nigerian government, which will include provision for long-term loans, shared exhibitions, and education programs in Nigeria.

The deal reflects a fundamental change in the Smithsonian’s collecting practices.

Over the course of six months last year, a group of roughly 20 cultural workers at the Smithsonian, including curators and historians from the National Museum of the American Indian, the Center for Folklife and Cultural Heritage, the Freer Gallery of Art, and the Arthur M. Sackler Gallery, convened to develop an institution-wide restitution policy, the first such guideline in the cultural organization’s history.

At the heart of the collective’s conversation were the Benin Bronzes, but they were not the only subjects of consideration.

Among the Smithsonian’s collection of 155 million objects, items relevant to the restitution conversation may include looted art, human remains removed without consent, or any piece of cultural heritage found to have been unethically sourced.

As part of the agreement, the Smithsonian will pay for the transportation of the artifacts and fund education programs in Nigeria. In turn, some objects will return to Washington on long-term loans and for shared exhibitions, including a planned show at the Smithsonian curated by Nigerians.

National Museum of African Art Director Ngaire Blankenberg described the repatriation as the first step in the art museum’s effort to shed its Eurocentric past and forge a new model for a global audience.

“This is about a new possibility. The repatriation is about past violence and harm, ”Blankenberg said last week. “I do not believe it ends there. We have to stop the harm and imagine a new way of working, of how we can do this differently together. ”

“Using the artifacts as almost archival material, alongside photographs and other forms of art, that contemporary arts can draw from them,” she continued, “This is part of a thorough process of reimagining the African art experience and what a regenerative, decolonized African art museum can be. ”

Smithsonian Under Secretary for Museums and Culture, Kevin Gover said; “Basically, we share the objects. What we really want is more of an ongoing relationship where, even though we may transfer the title, they may lend them to us so they can be on display here.

What we are really talking about is a change of practice. We will not simply determine for ourselves that we are the experts, but rather that it will be a collaborative process with the communities of origin. ”

Dan Hicks, curator at the Pitts River Museum at the University of Oxford and author of British Museums: The Benin Bronzes, Colonial Violence, and Colonial Restitution, welcomed the Smithsonian decision to return the works.

“This is about professional evolution that has been a long time coming. We’re making museums fit for our times, ”he said. “We need these public spaces, in which we can celebrate many ways of thinking, making, believing. But that does not mean we have to hold on to stolen goods put on display as propaganda for White supremacy. ”

Abba Isa Tijani, Director General of Nigeria’s National Commission for Museums and Monuments said, “I commend the Smithsonian. We have not encountered another museum that has done as much.

Benin City has been calling for the return of its artifacts since the early 1970s.

This decision and collaborative effort between the Smithsonian and Nigeria is a major step forward to achieving the dream.