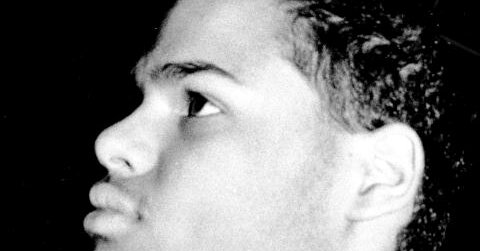 A forgotten co-defendant of the Central Park Five, who, like them, was charged with the rape of a jogger in a case that shook New York City and the nation, is expected to have a related conviction overturned Monday.

The case against the Five — teenagers of color who were innocent of the 1989 sexual assault on a white woman but who were convicted on the basis of false confessions that the police elicited — continues to shape attitudes surrounding racism in the criminal justice system, the media and society writ large. But the story of the sixth man — Steven Lopez — had previously been all but ignored.

Mr. Lopez, who was arrested when he was 15, struck a deal with prosecutors just before his trial two years later to avoid the more serious rape charge, instead pleading guilty to robbery of a male jogger.

Like his peers, he went to prison; collectively, the group served close to 45 years. Soon after the true assailant in the Central Park rape was identified in 2002, the authorities overturned the rape convictions against the five men. They have gone on to win a $41 million settlement from New York City and become the subjects of films, books and television shows.

But Mr. Lopez, now 48, has not received any settlement money or media attention, and his story is far less well-known.

His robbery conviction is expected to be tossed out in a Manhattan courthouse on Monday. The exoneration will be the first under the Manhattan district attorney, Alvin L. Bragg, who vowed during his two years on the campaign trail to bolster the work of the office’s wrongful conviction unit.

A lawyer for Mr. Lopez declined to comment before the hearing. It’s not clear if Mr. Lopez has been in touch with the men now sometimes referred to as the Exonerated Five: Korey Wise, Kevin Richardson, Raymond Santana, Antron McCray and Yusef Salaam.

“We talk about the Central Park Five, the Exonerated Five, but there were six people on that indictment,” Mr. Bragg said. “And the other five who were charged, their convictions were vacated. And it’s now time to have Mr. Lopez’s charge vacated.”

Mr. Lopez was 15 when he was arrested and charged with the rape of the jogger, 28-year-old investment banker Trisha Meili. Mr. Lopez also faced charges linked to the robbery of a male jogger in the park that same night, April 19, 1989.

According to the review of his case conducted by the Manhattan district attorney’s post-conviction justice unit, Mr. Lopez had been arrested in Central Park after a series of assaults had broken out, including that of the male jogger who was thrown to the ground and beaten.

The police held the teenagers at a precinct for hours and hours, pushing them on the details of what had happened in the park. The teenagers, who were between 14 and 16 years old, said they were led to blame each other for the crime.

Mr. Lopez was in a holding cell for about 20 hours before he was questioned. His parents, who were not native English speakers, were present, but no translators were provided. After nearly two and a half hours of questioning, a detective wrote out a statement that Mr. Lopez and his father signed.

The statement placed Mr. Lopez at the scene of the attack on the male jogger. But despite aggressive questioning, Mr. Lopez refused to say he had been involved in the assault on Ms. Meili.

While a number of the other teenagers, questioned under similar duress, said that Mr. Lopez had committed crimes against both the male and female jogger, there was no forensic evidence tying him to the attack on the male jogger. Forensic investigators, however, identified a hair found on Mr. Lopez’s clothing as possibly belonging to the female jogger. (Later, it was determined that the original investigation’s analysis of hair strands was unreliable.)

Mrs. Meili had been badly beaten and left for dead. Details of the crime horrified New York City and inflamed racial tensions. Mr. Lopez and the other five boys were charged with rape. (Ms. Meili remained anonymous for more than a decade following the attack before identifying herself; she has objected to the settlement and believes that more than one person attacked her.)

The teens arrested that night, all of whom were Black or Hispanic, were treated as symptoms of a city descending into crime-ridden chaos. They were condemned by the police, prosecutors, the media and a famous real estate developer, Donald J. Trump, who placed full-page ads in the city’s newspapers calling for them to face the death penalty. They were often called “beasts” or a “wolf pack,” as if they were not human.

Their trials came the year before the brutal beating of Rodney King, and many Americans were at the time ignorant of the extent of police misconduct and the coercive tactics that could result in false confessions.

It was decided that the six teenagers charged with the rape would be tried in three separate proceedings. Mr. McCray, Mr. Salaam and Mr. Santana were convicted on Aug. 18, 1990. Mr. Richardson and Mr. Wise were convicted on Dec. 11, 1990.

A month later, right as his trial was scheduled to begin, prosecutors offered Mr. Lopez a plea bargain in which he would plead guilty to first-degree robbery in exchange for having the rape charge dropped. Mr. Lopez agreed and was sentenced to one and a half to four and a half years in state prison.

In February 2002, DNA evidence indicated that an uncharged suspect, Matias Reyes, had attacked the jogger. Mr. Reyes, who was serving time for a separate rape and murder, confessed to the crime.

That year, the Manhattan district attorney at the time, Robert M. Morgenthau, moved to have the rape convictions thrown out over the objections of police leadership. In the litigation that followed the exoneration of the Central Park Five, it emerged that a number of those who had been prepared to testify against Mr. Lopez disavowed their previous statements about his guilt. One said that he had only named Mr. Lopez after being told the name by police detectives.

In 2014, the Central Park Five received $41 million from New York City. Once, the five teenagers had represented to many people a city that was on the verge of spiraling out of control. But their story came to symbolize the overreach of the justice system, the gullibility of the media and American society’s deeply ingrained racism towards Black and brown youth.

Until Monday, Mr. Lopez had been a forgotten element in their story. He was not featured in the 2012 documentary that Ken Burns made about the case, and no actor playing him appeared in Ava DuVernay’s 2019 television dramatization of the case, “When They See Us.”

Mr. Lopez’s story was ignored, in part because he pleaded guilty. (Another defendant, Michael Briscoe, pleaded guilty to assaulting a third jogger; his conviction stands.) He served more than three years of his sentence and did not appeal his conviction.

Instead, nearly 20 years after the exoneration of his co-defendants, Mr. Lopez quietly reintroduced himself to the Manhattan district attorney’s office in February 2021, asking that his conviction be reviewed. The following month, the office agreed and began its review of the case.

On the trail, Mr. Bragg, who frequently talks about the experience of the Exonerated Five, made the revamped unit a central tenet of his campaign, and upon taking office he recruited Terri S. Rosenblatt, well known in New York legal circles for her work on criminal defense and civil rights cases, to lead it.

Mrs. Rosenblatt said that Mr. Lopez’s exoneration was notable as an example of something that happens too often: an innocent defendant, pleading guilty.

“We talk about wrongful trial convictions a lot, but there can be guilty pleas that are wrongful too,” she said. “And our understanding now about people who falsely confess translates over to people who will sometimes even falsely admit in court to a crime that they didn’t commit.”

Mr. Bragg, who in January became the first Black Manhattan district attorney, was a 15-year-old teenager living in Harlem when the Central Park case first began to make headlines. He recalled relating effortlessly to the experiences of the young men, saying that he had played basketball and had ridden the bus past the same park where the events that led to their arrests took place.

Mr. Bragg was a friend of Ken Thompson, who was the first Black Brooklyn district attorney and who, before his death in 2016, became known for the work of a unit that reinvestigated questionable convictions.

Such work was “a cornerstone of the administration of justice,” Mr. Bragg said. And he stressed that, in times of public concern about safety — as was the case in 1989 and as is the case again today — exonerations like that of Mr. Lopez could help restore faith in the functioning of the legal system.

“I am beyond humbled to be in a position to really replicate that work,” he said.