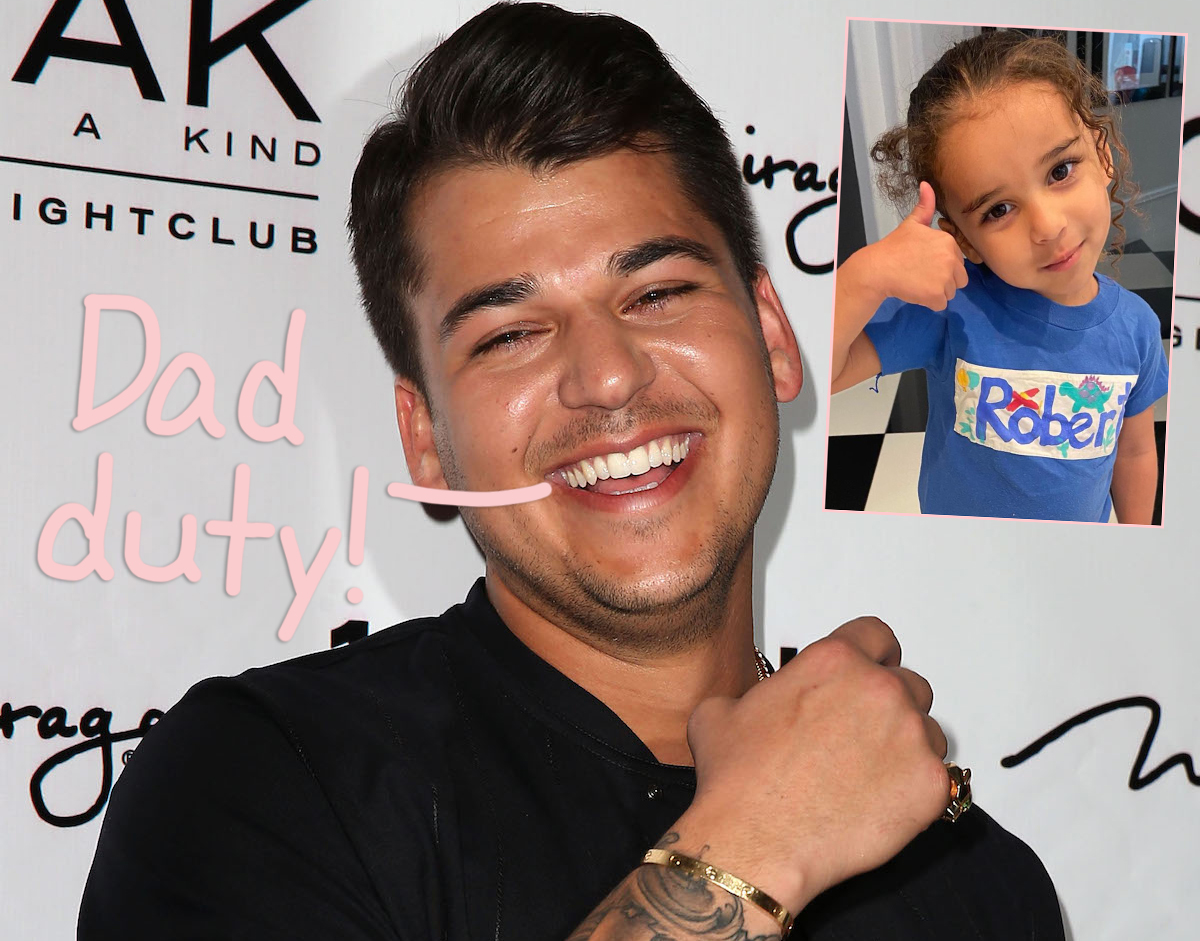 Rob Kardashian is taking time to focus on what really matters.

The reality TV star is coming off two major legal battles with ex Blac Chyna earlier this year. And now that he’s been able to catch his breath after it all, it sounds like he’s going all-in on a great reset.

For the 35-year-old Arthur George founder, that means enjoying time with his 6-year-old daughter Dream Kardashian. And while love will hopefully still be in the cards for Rob at some point in the future, a source recently revealed that’s not on deck in the moment.

Over the weekend, an insider spoke to ET about Rob’s life. While the source did admit the USC alum “would love to find a great woman to date,” he’s not looking. Instead, he’s channeling his attention towards Dream and the rest of his famous fam:

“He’s just focused on being a good dad, hanging out with loved ones, and keeping things private. Rob is hands on when it comes to being a dad and prioritizing Dream. He feels grateful that he has the help of his family while raising her.”

The insider went on to add details about how Rob has recovered from an emotionally difficult time with both of his controversial legal battles ending earlier this year:

“Rob is is doing a lot better lately. He’s obviously had a lot of dramatic and difficult situations present themselves in the last few years, but he is on his feet. He is feeling much better than he was a few years back. He is much more mentally, emotionally, and physically balanced at this time.”

Of course, he doesn’t have to go it alone. Rob has one of the world’s most famous (and most tight-knit) families around him through it all. Between powerful momager Kris Jenner, BFF sis Khloé Kardashian, and all the rest, Rob has a lot of love and support in his corner.

The insider echoed that sentiment in those new comments to ET on Saturday afternoon. While getting through Chyna’s legal battles and moving forward with Dream by his side, Rob has relied on family:

“He has support from his family and friends and that has been great for him. He has been taking care of himself and trying to commit to a healthy lifestyle. His family and their wellness-oriented friends and coaches are helping him in this process.”

Love that! Sounds like things continue to move in the right direction for momager Kris’ sole son. So happy to hear!!

Of course, Rob has kept a far lower profile in public life than that of his sisters. But he’s still as much a part of the KarJenner world as any of ’em. So it’s great to hear he’s enjoying what life has to offer. We truly wish him the best!