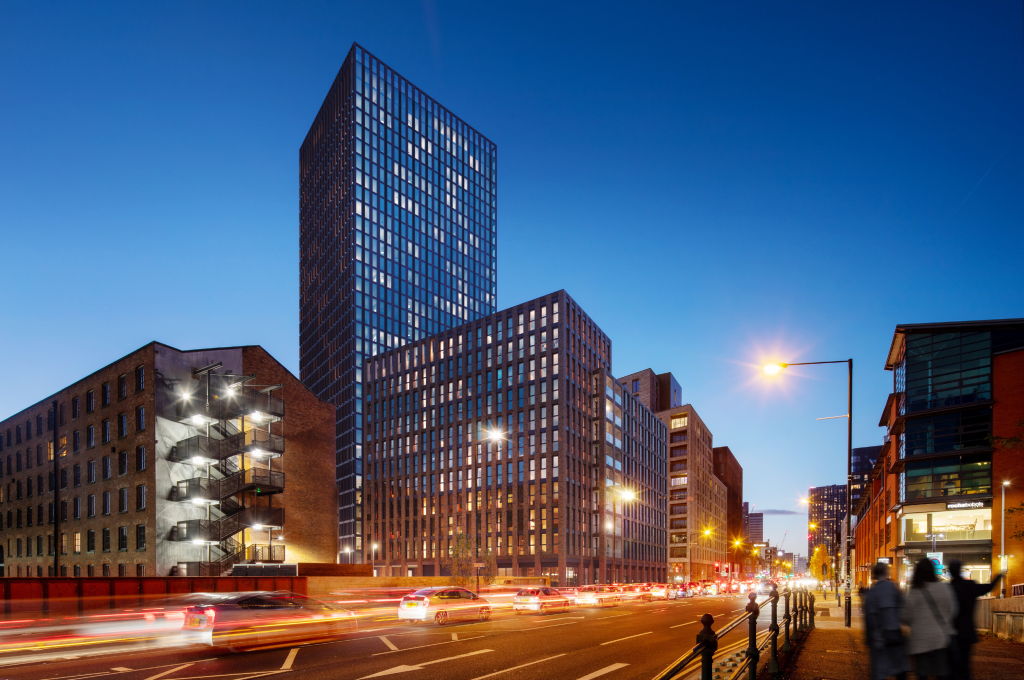 The city’s Planning and Highways committee voted that they were ‘minded to refuse’ permission development in Port Street, near the Northern Quarter, for a second time last month

Its grounds on that occasion were that the 34-storey tower would be one storey taller than the height set out in the Piccadilly Basin strategic regeneration framework (SRF).

The decision – five votes to four – came despite planning officers recommending approval of the scheme.

However, the same councilors have now given SimpsonHaugh’s plans for developer Select Property the green light after the architect reduced the building’s height by one storey.

They decided in favor by seven votes to three, with one abstention, despite a plea at the meeting from an objector representing the Royal Mills Residents Association asking them to ‘stand firm’.

The height of the tallest element of the development will now be 33 storeys so as to comply with the SRF, while the other elements remain at 11, nine and seven storeys.

The number of apartments, which will be for private rent under the Affinity Living brand, has decreased by four to 481 as a result.

The 0.48 ha site is next to the Grade II*-listed Brownsfield Mill and near the Ancoats and Stevenson Square conservation areas. Currently used for parking, it is bordered by Great Ancoats Street and Port Street.

The scheme will include double-height ground-floor commercial space, a reception area and management suite and amenities including a gym for residents.

There were 211 letters of objection to the proposal and 34 of support. Concerns raised included the design and scale of the development, and the lack of affordable housing.

A viability appraisal, which was independently assessed, found that the scheme ‘cannot sustain a financial contribution towards affordable housing’. However, the developer has offered an up-front contribution of £1 million.

Adam Price, CEO of Select Property, said following the council’s approval: ‘Select Property has developed an outstanding reputation for delivering some of the city’s best build-to-rent accommodation such as Embankment West, home to Laurence Place and Exchange Point. Now, works can begin on Port Street, a site which was long overdue for significant investment and promises to deliver the very best apartments the city has to offer, creating a vibrant community.

‘The plans will marry this desirable location with a superb product, which responds to its surroundings, bringing together Piccadilly, Ancoats and the Northern Quarter.’