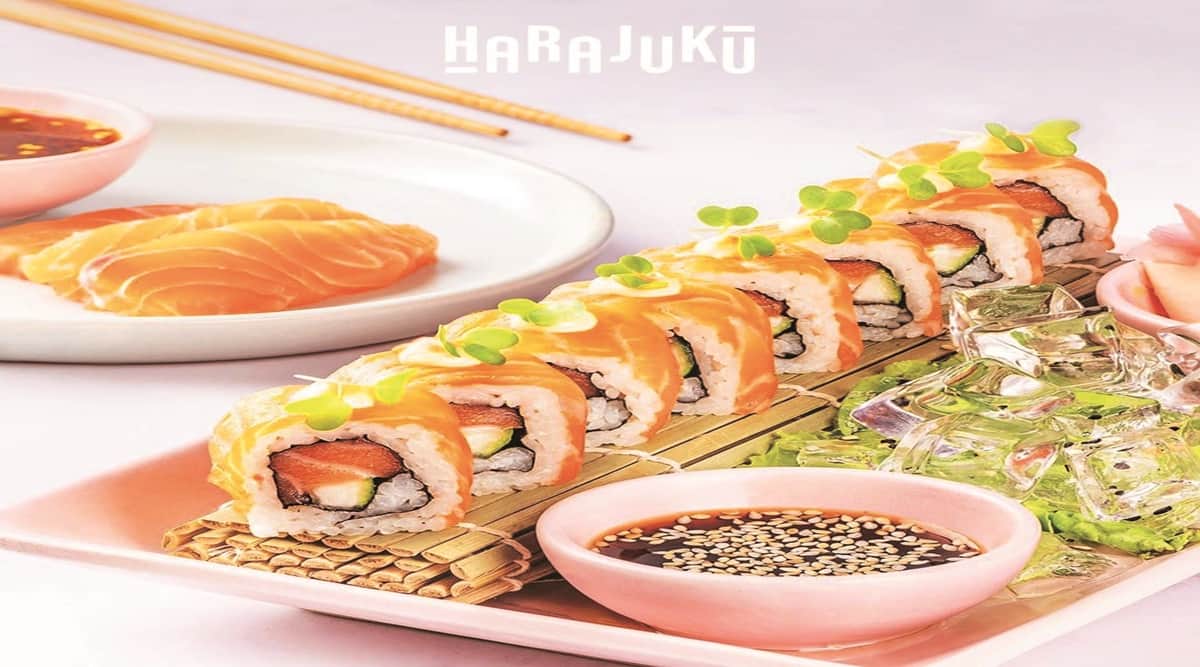 As you walk up the escalator to the third floor of Ambience Mall in Gurugram, a bright, colorful board with the name ‘Harajuku Tokyo Cafe’ welcomes you. As you go closer, you see several cozy little pockets featuring fun elements such as sakura (cherry blossom) trees, handmade terrazzo flooring, manga comics, a Japanese street mural, a live baking station and a claw machine that immediately transports you to the streets of Harajuku in Japan.

For those uninitiated, Harajuku is a district in Tokyo known internationally as a center of Japanese youth culture and fashion. Complete with neon lighting and Instagram-worthy art installations, the cafe in Ambience Mall gives you a ride through Harajuku.

People in India normally associate Japanese cuisine with fine-dining and high-end restaurants. However, all that is changing now — slowly but steadily. Recently, Harajuku Tokyo Café, a Japan-inspired QSR brand, opened its second outlet in Delhi-NCR at Ambience Mall in Gurugram. The ‘bakery café’s first outlet at Select City Walk in Delhi is already quite popular for offering Japanese cuisine in a new avatar and without blowing a hole in the wallet.

Indian diners were skeptical about trying authentic Japanese cuisine, especially since dishes such as sushi have been associated with raw fish. They were also not so palatable or accessible to Indians, being mostly served in expensive restaurants and five-star hotels. “However, that perception in general has started to change with a rise in the popularity of modern Japanese cuisine. With the introduction of different ingredients in sushi, especially vegetarian ones, the interest in this Japanese dish among Indians has been quite phenomenal, ”says Gaurav Kanwar, the founder of Harajuku Tokyo Cafe.

Not only sushi, people have also started loving other Japanese street food items such as boba tea (aka bubble tea that is generally accompanied by chewy tapioca balls), chicken karaage (bite-size pieces of fried chicken), shrimp dynamite (a popular Japanese appetiser comprising battered shrimp coated in a mixture of mayonnaise and sriracha sauce), gyoza ramen (a noodle dish which is on its way to becoming even more famous than sushi and tempura) and, not to forget, the lotus biscoff pancakes, mochi donuts and jiggly cheesecakes as a perfect ending to your Japanese culinary journey.

“We see a lot of millennials who bring their parents too. Some people have tried Japanese food for the first time at the cafe and have loved it. Young kids also love our kawaii desserts, ”says Kanwar, whose Gurgaon outlet is spread across 2,400 sq feet and can seat 50 guests at a time.

Like Harajuku Tokyo Cafe, Tokyo Table by Kuuraku is also cooking up a storm with its Japanese cuisine served in a speedy, tasty and healthy way. Located at the food court of Aerocity in the national capital, Tokyo Table attracts people for its ramen noodles, curry rice and gyoza.

Regulars to the outlet love the ‘spicy oiled noodle’ bowl that is served fresh and hot, as well as the ‘miso butter soup noodles’ and ‘veg sesame noodles’ (ideal for vegetarians). The salmon and ume (plum) onigiris (rice balls) are also quite liked at Tokyo Table.

So, why is Japanese food becoming so popular in India, especially in a country which has been more adaptable to cuisines like continental, Chinese and Italian so far?

According to Kanwar of Harajuku Tokyo Cafe, Japanese cuisine does have some synergies with the Indian palate. “The curries have a similar taste to Indian curry, although the Japanese curry is milder than the Indian curry and has a bit of western influence. Some of the spices used in Japanese cuisine like shichimi (red chilli powder) also appeal to the Indian palate. Also, we are using lots of fresh vegetables which Indians love. Rice and curry, of course, are the most common ingredients / food staples in both cuisines, ”he explains.

Besides, people, especially millennials, love experimenting with new cuisines these days. “I feel it’s about time that Japanese street food and bakery get the recognition and popularity they deserve,” adds Kanwar, who has plans to open three more outlets in Delhi-NCR and about 40 in all the major cities of India in the next 18 -24 months. The brand also plans to introduce smaller-store formats and franchises for rapid expansion.