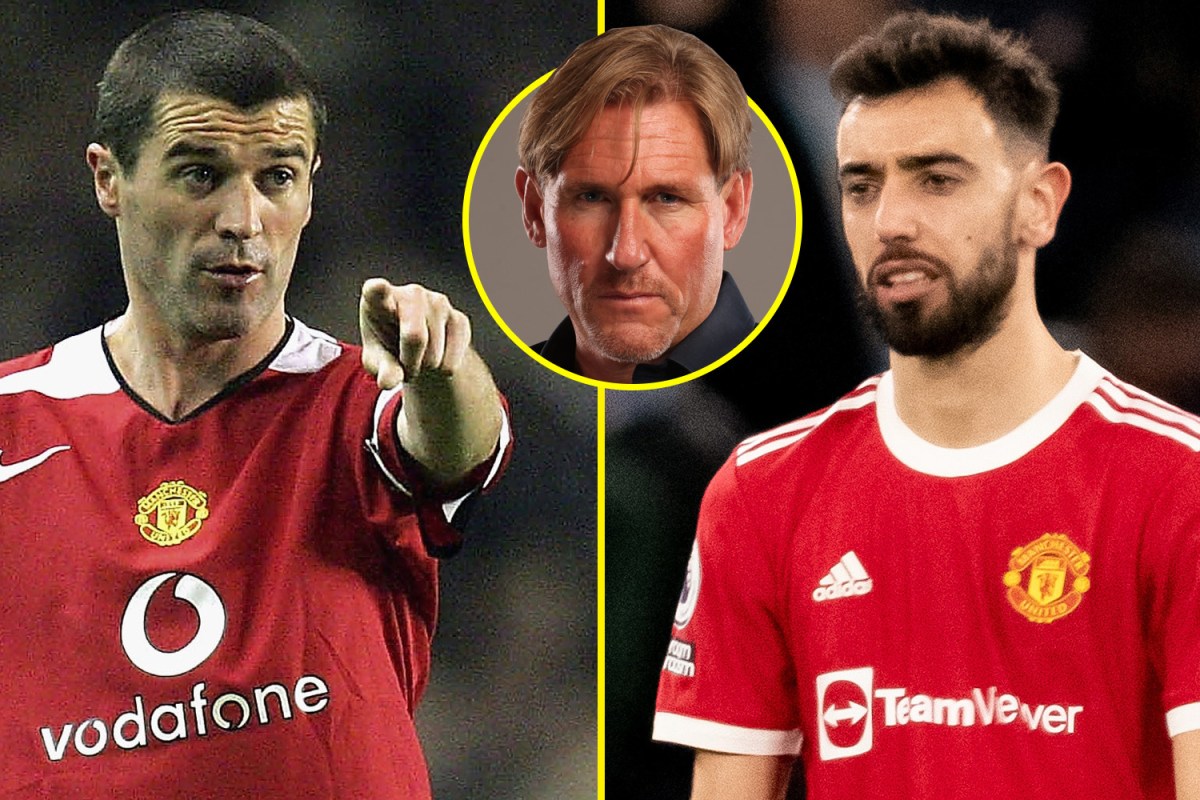 talkSPORT host Simon Jordan has given a scathing assessment of ‘lightweight luxury player’ Bruno Fernandes following reports he is set to sign a new long-term contract at Manchester United.

Fernandes is expected to put pen-to-paper on a five-year deal to extend his stay at Old Trafford.

Talks were previously placed on hold between the players’ representatives and the Red Devils, but have picked up again following a breakthrough in negotiations.

Despite being a revelation in his first two seasons at Old Trafford, the Portugal international’s form has dipped somewhat in what has overall been a disappointing campaign for the team as a whole.

Jordan says he was taken back by Fernandes in his first season with Red Devils, but believes he has a long way to go if he is to reach such heights again.

“I was underwhelmed by him, I thought there was a period of time where he was very talismanic for Manchester United,” the former Crystal Palace owner said.

“But it was a false dawn for the club and the manager, and subsequently what he has been able to achieve moving forward?

“I wonder in the great Manchester United teams of the past, I know we do not want to live in the past, but you can not help that with teams that have achieved so much. I wonder if he would have got into teams of that nature. ”

Jordan is also scratching his head over Fernandes’ potential deal given the club are yet to appoint a new permanent manager.

He added: “It is curious, I do not know what his contractual situation is or when it expires, but United have not got a new manager through the door, and already there seems to be a group of people at the club signing or re-signing players, without necessarily the new manager coming into the job.

“Why are they doing anything now? United are outside of their minds. He has three years left on his contract, the core performance of the entire Manchester United team do not need to be rewarded.

“They need to smacked around the head with a cricket bat and woken up, about what they should and should not be doing for the club – and him included.

“He has been a show pony for periods of this season, been okay, but most of the time, I can not get the image of him out of my head of against Watford, the appalling performance on the pitch, and the nonsense, histrionics and the rubbish behind Ole Gunnar Solskjaer’s back.

“If we are looking at his previous record where he started on fire, he was revelation when he walked through the door, the more you look at him, the more you study things, the more I have been less impressed by him.

“I think he embodies that ‘ahead of themselves’ mentality. He talks a very good game, outlook and disposition – but Manchester United need people delivering a good game.

“He is not a leader on the pitch, does not work hard enough, does not do enough off the ball, does not track back. He is a luxury player and, for a United side that needs more substance, I think he embodies certain aspects as to why they are not good enough as a team.

The talkSPORT host also believes Fernandes’ mentality is incomparable to top United stars of the past.

“If I look at Manchester United of the past, they need players who can replicate the fabric of the club, people like, [Roy] Keane, [Eric] Cantona, [Nemanja] Vidic, [Rio] Ferdinand, [Gary] Neville, [Paul] Scholes – all those players had a backbone about them, a substance who understood the dynamics, who knew what it was like to play for Manchester United.

“Get them all out and compare them to the current crop of players, and Fernandes comes into a light version.

“He is a leading light, in a lightweight Manchester United and they are not going to hunt down Liverpool’s and Manchester City’s of the world.

“Both are a different animal from the boardroom, to the dugout, to the pitch, and if you keep looking at Fernandes as the future there is going to have to be a huge sea change of what is around him.”

Betting Offer Of The Day