Should Mike White Start The Rest Of The Season For The Jets? 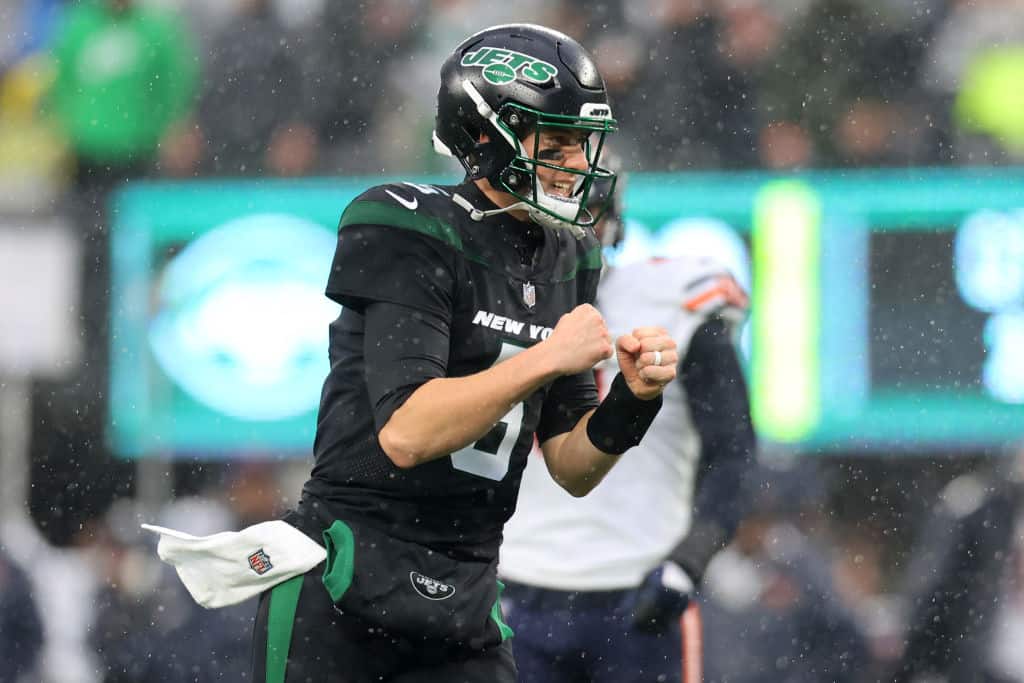 The New York Jets are having a surprisingly good season.

Not many people thought they would be competing for a playoff spot this late in the season, but here we are.

Through 14 weeks the Jets have a 7-6 record, which puts them in last place in the AFC East.

Yet, they are still in contention for one of the AFC Wild Card spots.

The Jets have had three different quarterbacks start games for them this year.

First, it was Joe Flacco, then Zach Wilson, and now Mike White.

But, after back-to-back losses with White under center, should the Jets be looking to make another change?

Part of the reason for the Jets’ recent struggles is that they have faced more talented teams.

Their last two losses were to the Minnesota Vikings and Buffalo Bills.

But, looking at the New York offense under White, he needs to remain the starter.

In the three games White has played, he is averaging 317.3 passing yards per game.

Also, he is completing 62.0% of his passes, when both Flacco and Wilson are under 60% for the year.

There came a point after the Jets lost 10-3 to the Patriots that a lot of the players were frustrated with Wilson.

Yet, no one has said a bad thing about White since he has taken over.

The Mike White-Garrett Wilson duo could be something special 💥 pic.twitter.com/CPCFFXpGF9

White has gained the support of the entire team, and putting him back on the bench would hurt team morale.

Plus, White showed incredible toughness after getting hammered by the Bills defense all last game.

There should be no question White gives this team the best chance to win and get into the playoffs.

That is why he should remain the starter for the rest of the year.