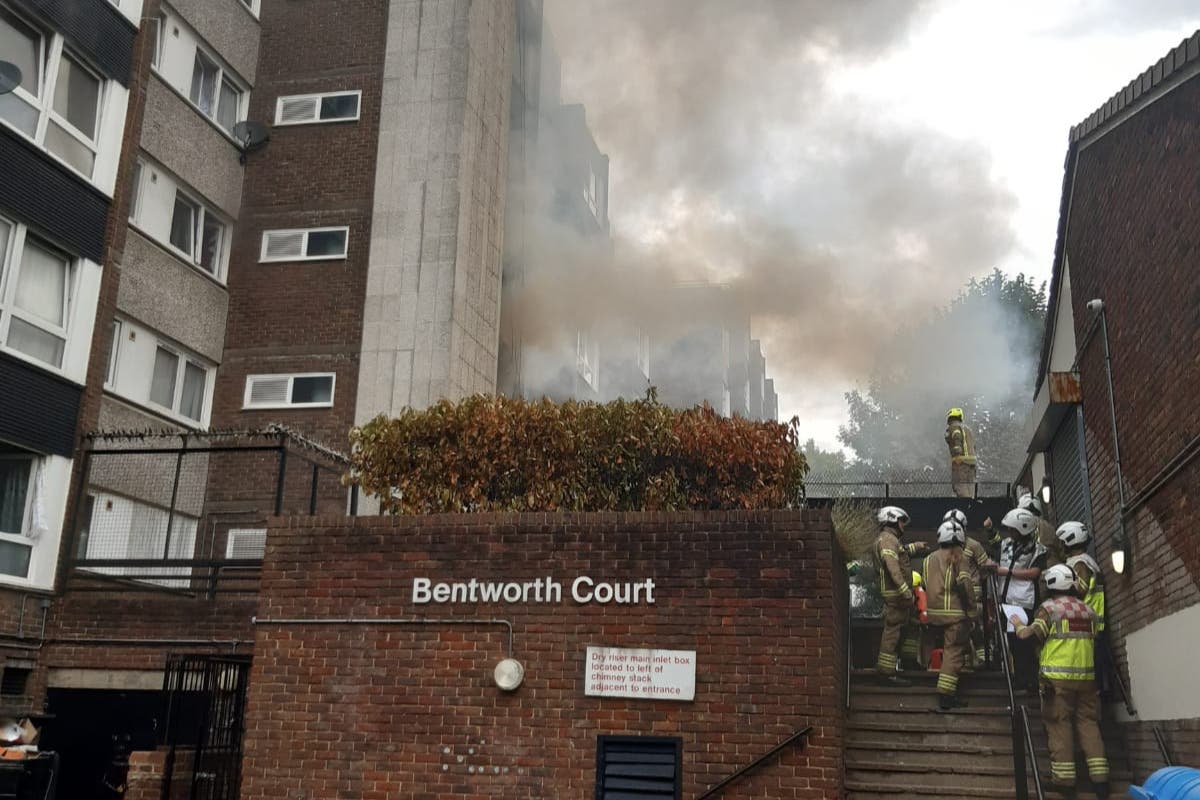 our people have been taken to hospital after a suspected gas leak caused an explosion and a large blaze ripped through a block of flats in Shoreditch.

Firefighters were called to the blaze on Granby Street, off Bethnal Green Road, just before 6pm and rescued seven people from the second and third floors of the eight-storey block.

One man was rescued from the second floor by firefighters wearing breathing apparatus, and he was rushed to hospital in an ambulance.

Another three people were led to safety through fire escape hoods, and a further person was whisked from the building. They were treated for smoke inhalation and three were taken to hospital.

Later, a further two people were assisted from the building.

More than 100 firefighters responded to the callout. On Friday morning three units remained to monitor the situation, in case the fire reignites.

A cordon was put on Bethnal Green Rd but was lifted by police in the early hours of Friday.

The brigade received 42 calls to the incident.

Four crews from Whitechapel, Shoreditch, Shadwell, Dockhead, Islington and surrounding four stations were at the scene.

The exact cause of the fire is not known at this stage.