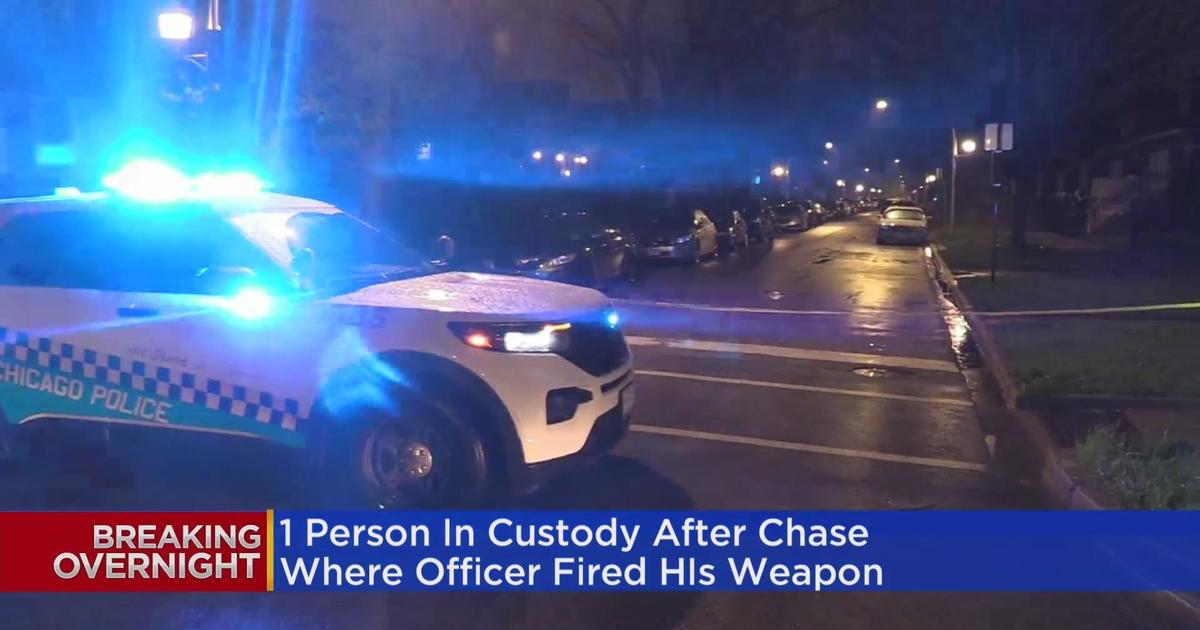 CHICAGO (CBS) – A man is in custody after an officer fired his weapon Thursday night.

The shooting took place in the 2200 block of North Lamon Avenue just after 11 p.m.

Police say they were responding to a report for shots fired and found a man matching the description.

The suspect took off running after and police chased after him.

No one was injured