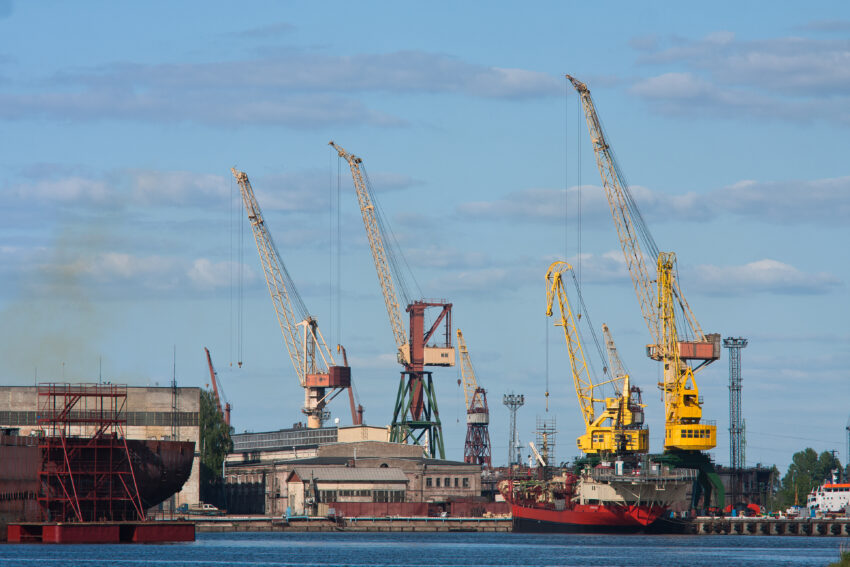 Maersk, the world’s largest container shipping company, has suspended sailings into and out of Russian ports.

The news comes as Grant Shapps, the transport minister, banned vessels from Russia docking in the UK.

Maersk, which is Danish, said that new bookings to and from Russia would be temporarily suspended “with the exception of foodstuffs, medical and humanitarian supplies”. It cited sanctions against Russia and the risk of “detention of cargo by customs authorities [as well as] unpredictable operational impacts ”.

The company was joined by MSC, the Swiss-registered shipping giant, which has stopped bookings on similar grounds “covering all access areas including Baltics, Black Sea and far east Russia.” The decision has come just as the global shipping freight industry was recovering from the supply chain dislocations of the pandemic which has driven shipping rates to record highs and fed through to rising inflation in commodities and consumer goods.

Shapps announced on social media: “I’ve written to all UK ports asking them not to provide access to any Russian flagged, registered, owned, controlled, chartered or operated vessels.” He said he was making clear that Russian vessels were not welcome and would follow up with “prohibiting legislation”.

Oil is Russia’s largest seaborne export and Britain’s largest import from the country alongside liquefied natural gas (LNG). This week Russian tankers have been moored off the coast of British facilities such as Milford Haven in Wales, the Isle of Grain in Kent and Flotta in the Orkneys. The UK takes about 4 per cent of Russia’s LNG exports.

Russia is the third largest producer of oil outside of Saudi Arabia and the United States. Other big Russian seaborne exports include coal as well as steel, copper, aluminum, nickel and gold.

Rotterdam, Europe’s biggest port, has said it does about 15 per cent of its business with Russia and 11 per cent of Russia’s oil exports go into the port.

Russia’s biggest ports are St Petersburg on the Baltic and Novorossiysk, on the Black Sea, near Crimea, both served by the British FTSE 100 inspection and accreditation giant Intertek, as well as the Pacific coast port of Vladivostok on the Sea of ​​Japan close to the Korean peninsula.