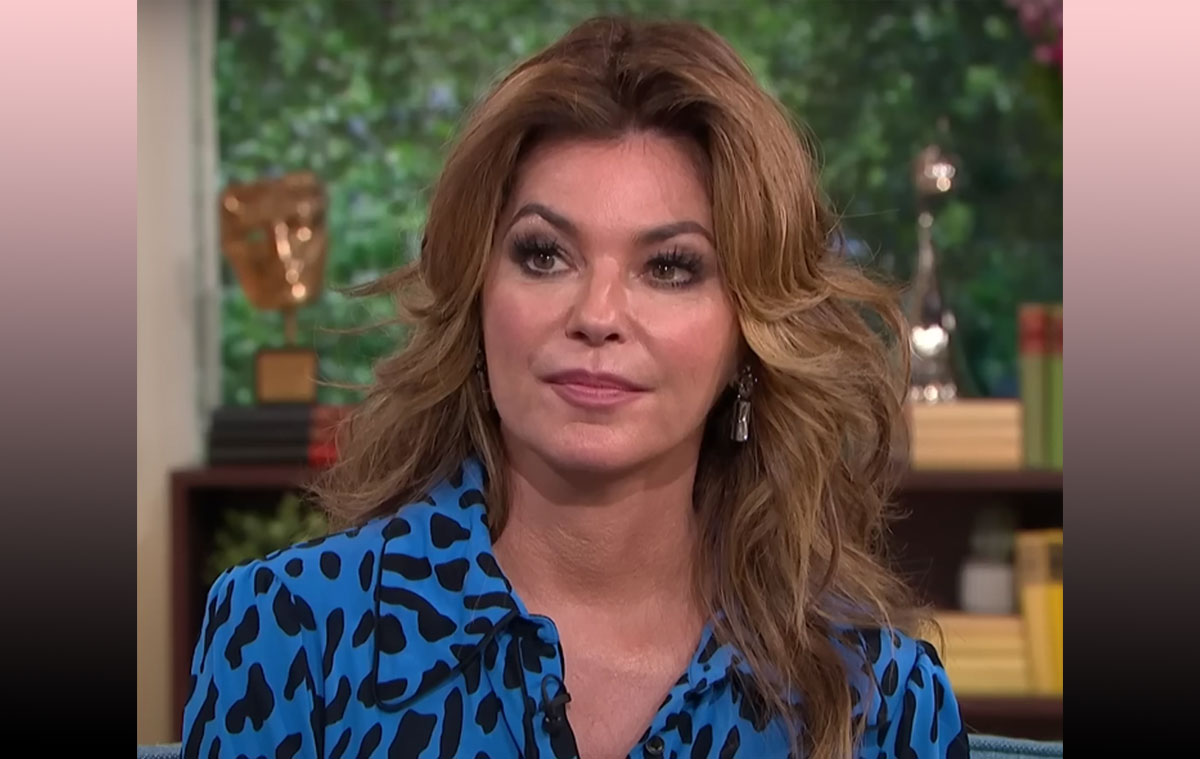 Shania Twain is opening up about her heartbreaking upbringing and her struggles with her own femininity.

In an interview with The Sunday Times over the weekend, the songstress opened up about her childhood and teenage years with her sexually abusive stepfather. In the interview, she tells about how she’d fight back against her stepfather — at one point even throwing a chair at him:

“I think a lot of that was anger, not courage. And it took a long time to manage that anger. You don’t want to be somebody that attacks me on the street, because I will f**king rip your head off if I get the chance.”

Anger wasn’t the only method she used to protect herself, though. The 57-year-old also took measures to avoid her abuser so she could go “unnoticed” by him:

“I would wear bras that were too small for me, and I’d wear two, play it down until there was nothing girl about me. Make it easier to go unnoticed.”

So, so sad. A girl in her own home having to hide like that, it’s just gut-wrenching…

“I would flatten my boobs until there was nothing girl about me.”

As Shania got older, things only got more complicated. Blooming into adulthood and experiencing things many young women are met with only pushed her further away from feeling comfortable:

“But then you go into society and you’re a girl and you’re getting the normal other unpleasant stuff too, and that reinforces it. So then you think, ‘Oh, I guess it’s just s**tty to be a girl. Oh, it’s so s**tty to have boobs.’ I was ashamed of being a girl.”

When the country songstress was 22 her stepfather was killed in a car accident, which she said made her feel “safer”. But sadly, with her skyrocketing music career — Hollywood did as Hollywood does and made her feel more exploited:

“All of a sudden it was like, well, what’s your problem? You know, you’re a woman and you have this beautiful body? What was so natural for other people was so scary for me. I felt exploited, but I didn’t have a choice now.”

The Man! I Feel Like A Woman! singer said she was pressured to play the “glamorous” role of a musician while still feeling “degraded” by the industry:

“I had to play the glamorous singer, had to wear my femininity more openly or more freely. And work out how I’m not gonna get groped, or raped by someone’s eyes, you know, and feel so degraded.”

Luckily she didn’t keep feeling this way, though. The Queen of Country Pop found her confidence in her 20s and was able to protect herself in a new way:

“By the time I had my record contracts I was the kind of woman that … when I walked in the room, it’s like, don’t even get any closer. It was clear in my body language. And I think maybe what young girls can learn too is to exude that confidence.”

Eventually, she fell in love with herself and her body — and now she’s got no apologies for who she is! She’s ready to celebrate how far she’s come in her relationship with her own femininity:

“I was never an exhibitionist for the sake of, like, saying, you know, ‘Look at my tits’. It was really me coming into myself. It was a metamorphosis of sorts. I am celebrating escaping this horrible state of not wanting to be who I am. And I’m so confident. Now that I discovered that it’s OK to be a girl. The unapologetic woman is a very powerful person indeed.”

It’s wonderful to hear about the strides Shania has made in her self confidence and comfortability with herself. We’re glad she was able to grow and come out on top! She’s truly an inspiration.

If you or someone you know has experienced sexual violence and would like to learn more about resources, consider checking out https://www.rainn.org/resources.


Morocco advances to quarterfinal as Spain flops in shootout, 3-0