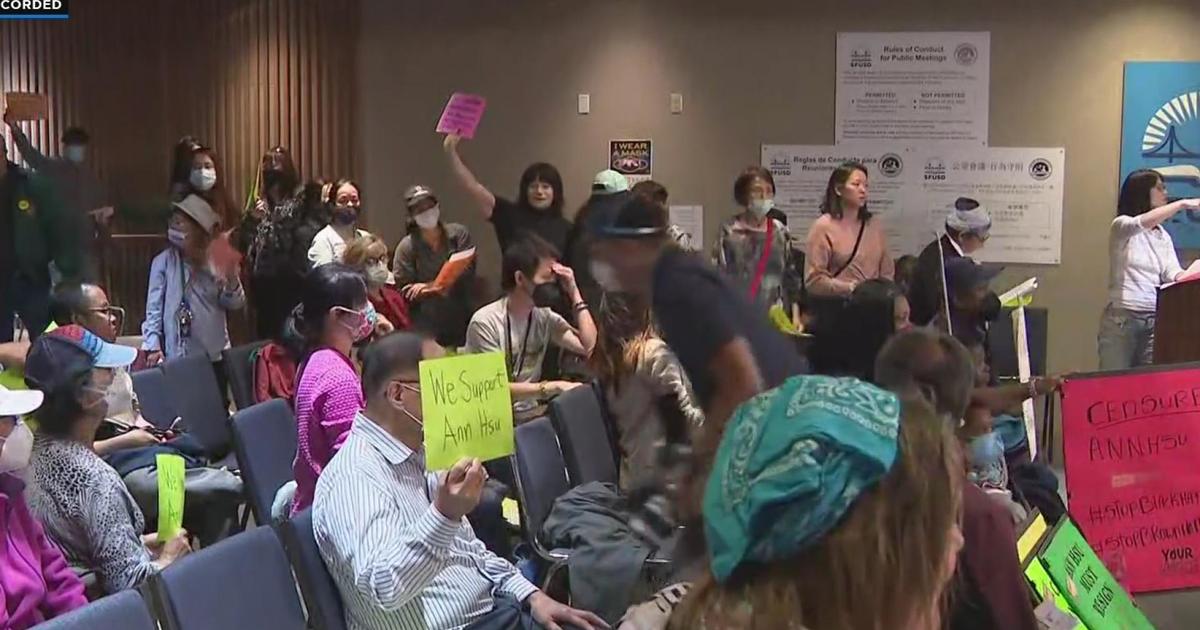 SAN FRANCISCO (KPIX) — Chaos erupted at the San Francisco School Board meeting Tuesday, over board member Ann Hsu’s comments about black and brown students and their families.

Hsu has rejected calls from the NAACP and other members of the community who say she should resign for saying, “A lack of family support is one of the biggest challenges in educating black and brown students.”

The board voted unanimously to admonish Hsu in a contentious meeting Tuesday night.

“In plain terms this means the board is considering a stern, firm warning to commissioner Hsu that she must not repeat these statements again,” said Jenny Lam, SFUSD Board President.

The meeting was crowded with supporters and critics of Hsu, with several people lining up to make public comments that at times were emotional.

Many called on Hsu to step down and said her comments hurt students and families of color.

But Hsu’s supporters insisted she had apologized and should be allowed to learn her lesson.

Some blamed the push to admonish her on what they called toxic cancel culture.

At one point, supporters and critics began shouting over each other, with some shouting “racist” over a woman commenting in support of Hsu.

Hsu herself voted in favor of the admonition and has previously apologized for her comments.

Sara Donchey has returned to where it all began. After college, Sara worked as a production assistant for KPIX 5 and now she has returned to the station to anchor the 3 pm and 5 pm newscasts.