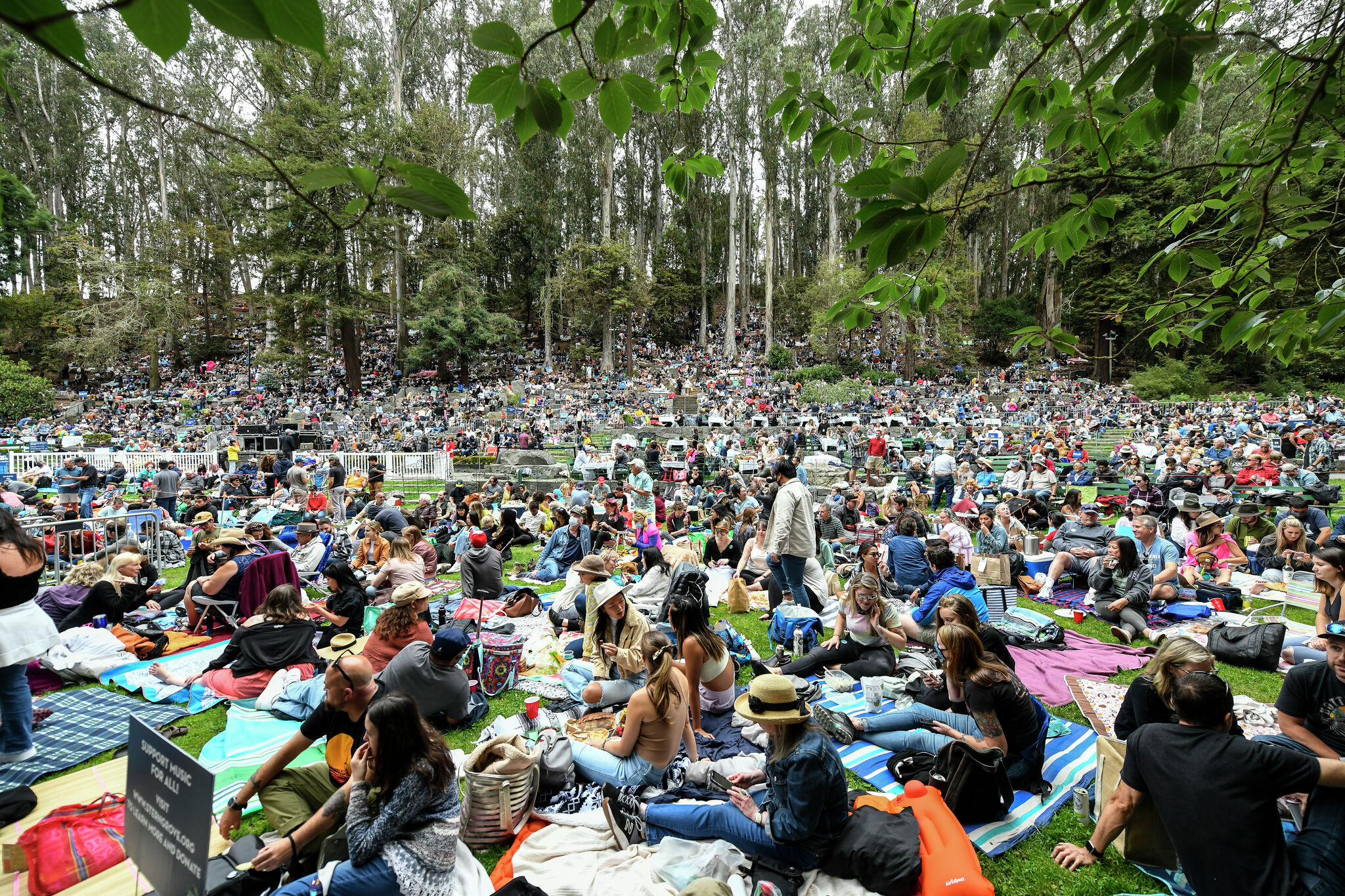 Just a few weeks after announcing it would return for its 85th season, San Francisco’s storied Stern Grove festival dropped its lineup in an unexpected format that surprised some music fans during their morning commute.

Muni passengers were among the first to see the list of bands slated for the free outdoor concert series on bus ads spotted Friday afternoon. Rapper Too $ hort and Oakland funk band Tower of Power are expected to kick things off on June 12 – a relief to those who had hoped to see the Bay Area icons close out last year’s festival. The roster continues with chillwave favorites Toro y Moi and Hello Yello, alt-rock legend Liz Phair and Madi Diaz, followed by the late aughts indie staple the Cold War Kids and San Francisco-based Geographer.

Also rounding out the festival later in July will be folk band Old Crow Medicine Show and Molly Tuttle, highly influential singer-songwriter Cat Power and Oakland’s Spellling, as well as country-pop artist LeAnn Rimes and Amythyst Kiah. The San Francisco Symphony is expected to return on July 31, followed by Taj Mahal and Monophonics, while Phil Lesh & Friends and Midnight North will wrap up the series with an annual Big Picnic fundraiser on August 14.

Word of the Stern Grove lineup announcement traveled quickly as photos of the bus ad were shared on Twitter and garnered hundreds of upvotes on the San Francisco subreddit, with some users claiming it was a “better lineup [than] Outside Lands. ”

SEE YOU AT STARN GROVE IN AUGUST ⚡️🥵🌳🐢? • pic.twitter.com/Gxz5zaADvT

Stern Grove festival organizers announced their highly anticipated return earlier this month. Last August, the outdoor amphitheater surrounded by a lush backdrop of eucalyptus and redwood trees was flooded with 700,000 gallons of water due to a ruptured main water break, shutting down the last show and closing the Sunset District grove to the public for the foreseeable future.

“Although the Grove experienced extensive damage last fall due to a major water main rupture and while all renovations are not yet complete, the site has now been approved for in-person audiences again this summer,” read a press release from the festival. SFGATE reached out to spokespeople for Stern Grove and SFMTA for more details surrounding the festival announcement but did not hear back by time of publication.

Admission is still free, and as in years past, attendees can visit Stern Grove’s website 12 days in advance of each show to make a reservation on a first come, first served basis.

But even more surprises could be in store.

“Floods and leaks aside, things are going swimmingly over here,” read a tweet shared by the festival on Saturday afternoon. “Stay tuned for our full official lineup announcement May 3!”