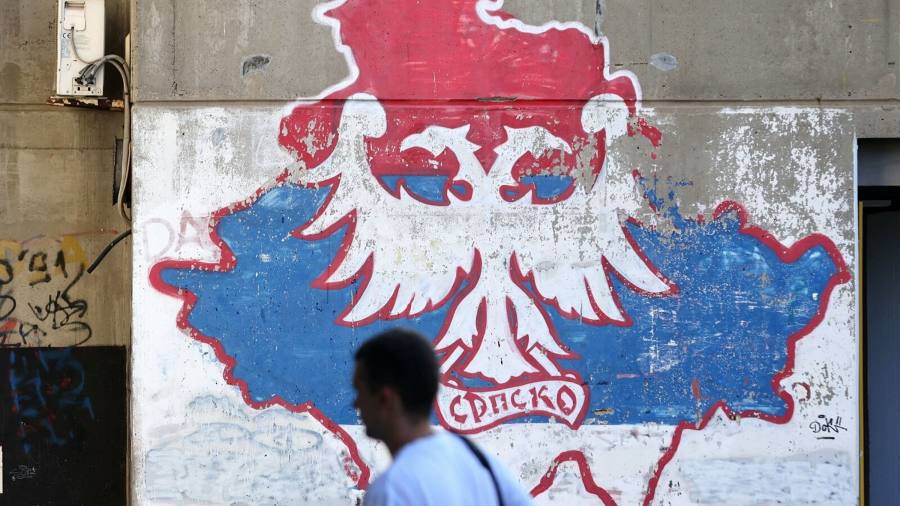 The writer is rector of the Institute for Human Sciences (iwm.at) in Vienna.

It’s hardly a secret that there’s not much chemistry between President Aleksandar Vučić of Serbia and Albin Kurti, Kosovo’s prime minister. But each was expected to receive the same tough message from Nato and the EU on a two-day trip to Brussels starting on Wednesday: “Get over it, tone down the rhetoric and, for God’s sake, negotiate, negotiate and negotiate!”

The pair were due to have separate meetings with Jens Stoltenberg, Nato’s secretary-general, before joint discussions on Thursday with Josep Borrell, the EU foreign policy chief. Both Nato, which has 4,000 troops stationed in Kosovo, and the EU have shown signs of losing patience with the two Balkan leaders. But behind the irritation lurks a real trepidation.

At the start of August, the government in Pristina said members of the Serbian minority in northern Kosovo must swap their Republic of Serbia vehicle registration plates for Kosovo ones. This was in line with agreements reached in 2013 and 2015. But Kurti decided without warning to bring the ruling forward by a month. In response, Serbs in northern Kosovo put up roadblocks and brandished firearms, leading to a rapid rise in tensions.

Belgrade and Pristina traded insults and dark hints of war. Vučić accuses the Kosovo government of blocking the formation of an Association of Serbian Municipalities in Kosovo, which was part of the normalization accords. Kurti counters by calling Vučić a “little Putin”, bent on invading Kosovo just as the Russian leader invaded Ukraine.

Belgrade often stands accused of fostering close ties with Moscow, influenced by the historical friendship between Serbs and Russians. The history is more complicated. Vučić has resisted EU and US pressure to join sanctions on Russia. But at the UN, Belgrade condemned Russia’s invasion.

It took combined pressure from the EU, US and UK to defuse the flare-up in northern Kosovo. But alarm bells were set off at Nato and EU headquarters. The backdrop is a growing disaffection in parts of the western Balkans caused by the EU’s failure to live up to its promise, first made 20 years ago, to integrate the region into the 27-nation bloc.

This disaffection has not gone unnoticed in Moscow, which for years has gently stoked divisions within and between Bosnia and Herzegovina, Montenegro, Serbia, Kosovo, North Macedonia and Albania. In an unhelpful development, Croatia and Bulgaria have leveraged their status as EU members to apply unwarranted pressure on Bosnia and North Macedonia, respectively.

All these processes have intensified since the war in Ukraine, which is testing European resilience and unity. The EU is hosting millions of Ukrainian refugees. It faces a winter energy crunch. Wildfires rage across Europe. Inflation is soaring. Brussels needs instability in the Balkans like a hole in the head.

It might look as though Serbia and Kosovo will never overcome their differences. Yet on important issues, including the integration of Kosovo Serbs into the country’s legal system, real progress has been made. Both sides have shown a quiet willingness to compromise. Neither has flagged up these successes for fear of a backlash from nationalists in their own ranks.

Western diplomats worry that the sirens of nationalist populism may be seducing some members of both governments and that the Serbian minority in Kosovo is becoming restless, believing Belgrade has already conceded too much to Pristina.

Kurti and Vučić need to overcome their personal and political differences. Equally, the EU must revitalize its strategy of absorbing the western Balkans. The longer the Kosovo dispute festers and the region’s states remain outside the EU, the greater the danger of a catastrophic destabilization of south-eastern Europe. That’s in nobody’s interests. Except Moscow’s.