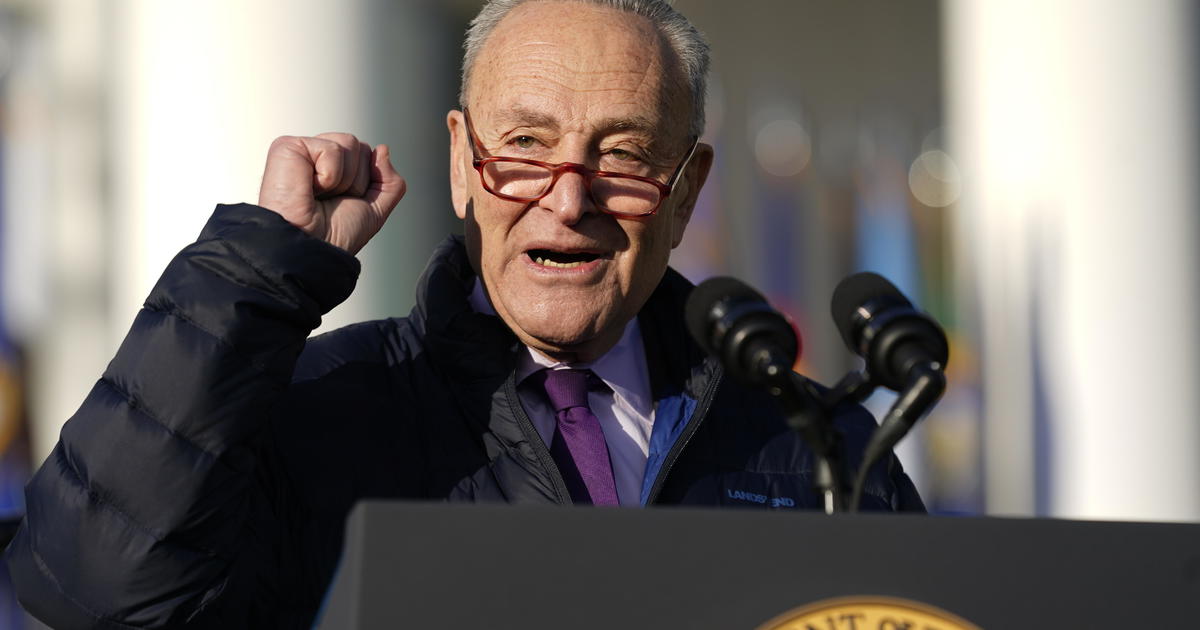 The Senate on Thursday night passed a one-week continuing resolution to fund the government, averting a government shutdown.

The bill passed 71-19, and now goes to President Biden’s desk for his signature. A similar measure passed the House earlier this week.

The current continuing resolution to fund the government had been set to expire on Dec. 16.

“Negotiations keep trending in the right direction, but we still have a lot of work left to do and not enough time to do it, unless we extend government funding for another week,” Senate Majority Leader Chuck Schumer said in urging lawmakers to support the stopgap measure.

The roughly $1.7 trillion package being negotiated would finance the day-to-day operations of government agencies for the current fiscal year that began Oct. 1. Federal spending on programs such as Social Security and Medicare is not part of the annual appropriations process, and is not included in the package.

House Republicans overwhelmingly have called for a longer-term extension into early next year so they could have a bigger role in setting spending levels for the agencies. Democrats in the House were able to advance the bill with little GOP support earlier this week.

But Sen. Mitch McConnell, the top Republican in the Senate, has made the case that passing a full-year spending bill this Congress is better than the alternatives, because it ensures a sizable increase in spending for defense.

“If a truly bipartisan full-year bill without poison pills is ready for final Senate passage by late next week, I’ll support it for our Armed Forces,” McConnell said Wednesday. “Otherwise, we’ll be passing a short-term continuing resolution into the new year.”

Some Senate Republicans disagreed with efforts to pass a spending bill before House Republicans could take charge. Republican Sen. Mike Lee of Utah said he supported providing a short-term extension into next year because that would mean “more Republican priorities” in the final package.

Sen. Richard Shelby, the lead Republican on the Senate Appropriations Committee, has said the two parties were about $25 billion apart on overall spending. But lawmakers announced Tuesday night that they had reached agreement on a “framework” that should allow negotiations to be completed by next week.

The final bill is also expected to include the Biden administration’s request for another $37 billion in aid to Ukraine as well as other bipartisan priorities, including an election measure designed to prevent another Jan. 6 insurrection. The bill would make it more difficult for lawmakers to object to a particular state’s electoral votes and make clear that the constitutional role of the vice president in the proceedings is solely ministerial.


What to Look For (and Avoid)