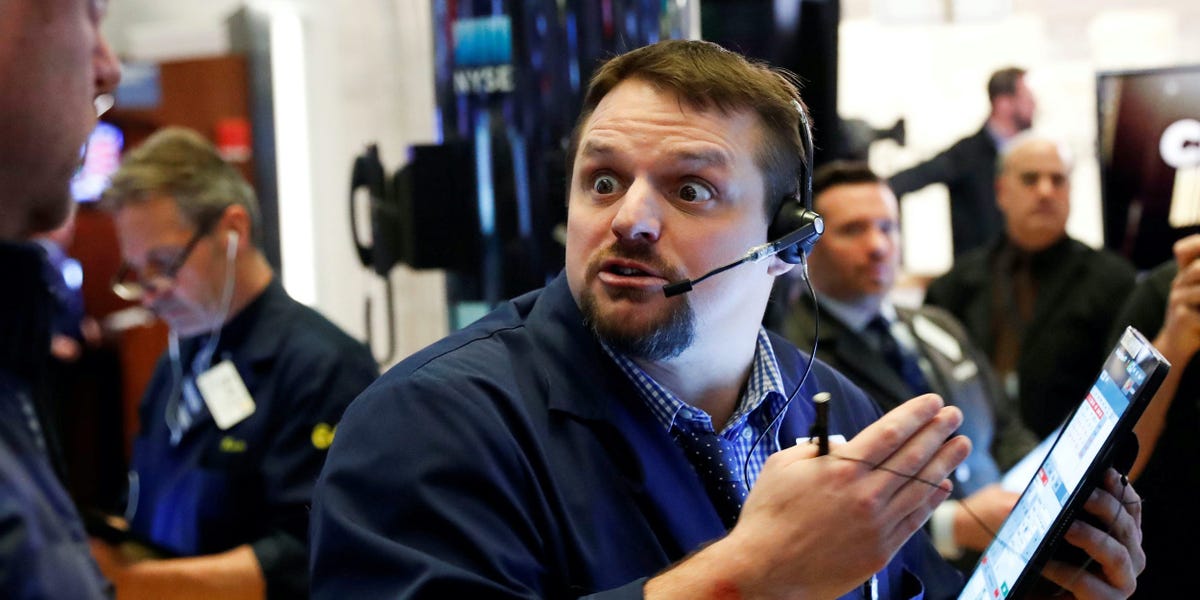 Instead of buying the dips, investors should be selling the rips in the stock market as the

begins to raise interest rates into a

Bank of America said in a Friday note.

While the major stock market averages are not in a bear market, BofA notes that most individual stocks are already in one. According to the note, 76% of Nasdaq stocks and 51% of S&P 500 stocks are at least 20% off their 52-week highs.

The Nasdaq 100 briefly entered bear market territory on Thursday, falling more than 20% from its record high before staging a sharp reversal as investors digested the implications of Russia’s attack against Ukraine.

ahead, especially housing stocks. Home Depot is down 29% from its recent peak, and homebuilder Toll Brothers is down 38%.

“[This] rarely happens outside of recession, “BofA warned, adding that” the consumer is always right. “

Likely to compound a continued deterioration in the stock market are expectations that the Fed will begin to raise interest rates and reduce its balance sheet just as the economy starts to slow down and a bear market unfolds, the bank said.

“‘Inflation shock’ means ‘rates shock’ which means ‘growth shock’ = negative returns in credit and stocks in 2022,” BofA said. And Russia’s invasion of Ukraine only exacerbates the bearish fundamentals as the conflict could very well lead to continued commodity inflation and a policy mistake by the Fed.

Finally, BofA sees significant downside in the S&P 500 before a “Fed put” would be activated. The “Fed put” is code word for how low the S&P 500 needs to decline before the Fed will step in and make a dovish policy pivot in order to stem the decline.

According to BofA, the “Fed put” will not register until the S&P 500 falls below 3800, representing potential downside of at least 12% from current levels.