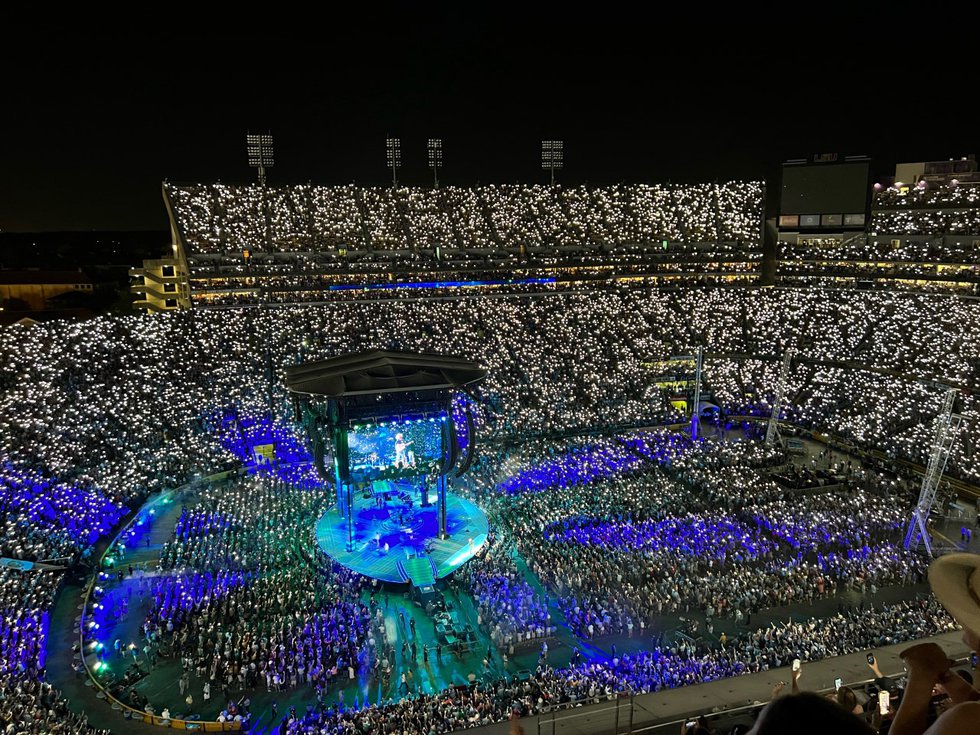 When the singer performed crowd favorite ‘Callin’ Baton Rouge ‘around 9:30 pm, a seismograph located in the Nicholson Building on LSU’s campus reportedly recorded a small earthquake.

In a social media post, LSU confirmed the seismograph was recording during the show.

The audience can be heard singing the hit song word for word during the show.