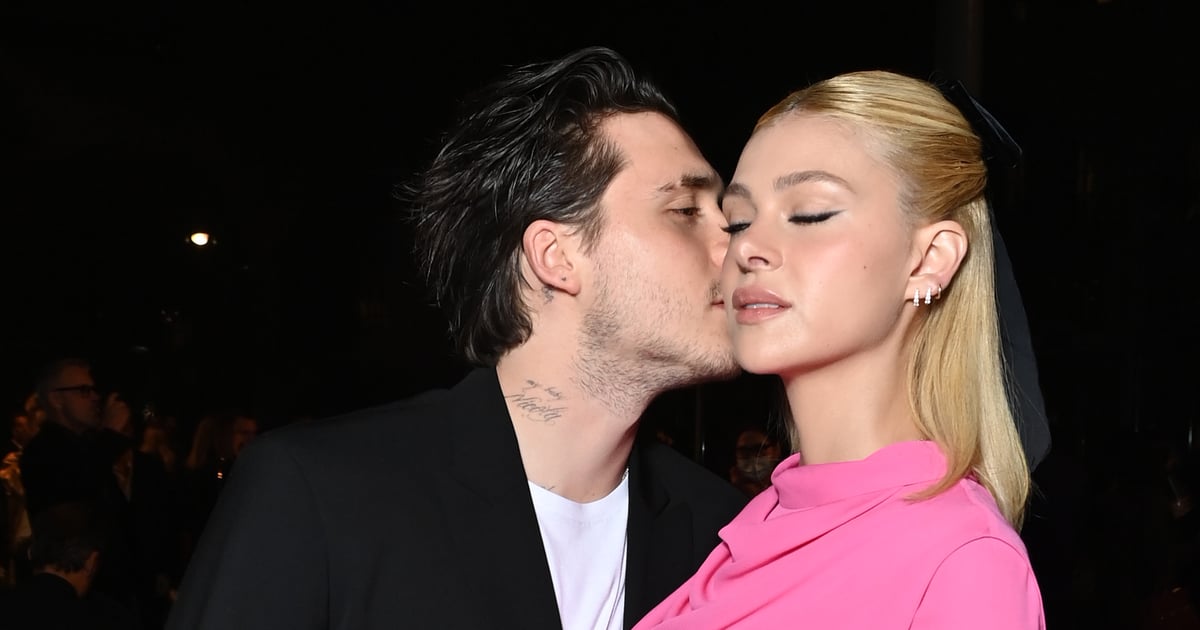 Brooklyn Beckham and Nicola Peltz certainly make a beautiful couple, and on Saturday, April 9, they’ll officially be a married couple. Beckham announced his commitment to Peltz on July 11, 2020, and confirmed the news on Instagram with a photo of the two looking lovingly into each other’s eyes.

“Two weeks ago I asked my soulmate to marry me and she said yes xx,” he wrote of his proposal in a caption. “I am the luckiest man in the world. I promise to be the best husband and the best daddy one day ❤️ I love you baby xx.” Peltz also shared their engagement on her Instagram page in a post captioned, “I can not wait to spend the rest of my life by your side. Your love is the most precious gift. I love you so so much baby.”

Beckham opened up about his “nerve-racking” proposal during his February appearance on the “The Late Late Show With James Corden.” From the “embarrassing” beginning to the moment Peltz said “yes,” Beckham said he was anxious to pop the big question and even more concerned once Peltz started crying and did not give him an immediate answer. But we know the story ended with a sweet moment because the couple is getting ready to tie the knot.

It’s unclear how Beckham and Peltz met, but they were first spotted together grabbing food after Leonardo DiCaprio’s Halloween party in October 2019. They did not make their romance Instagram official until January 2020. Since then, the pair has indulged us by sharing countless photos of their romance on social media with the sweetest captions.

With their upcoming nuptials quickly approaching, Beckham and Peltz’s wedding is the talk of the town. During a recent game of Mr. and Mrs. with British Vogue, Beckham admitted that he’s “more likely to cry on the wedding day” than Peltz. The couple also agreed that they’re both equally excited to jump the broom this Saturday.

So before we get a glimpse of their wedding photos, check out all of Beckham and Peltz’s swoon-worthy pictures ahead.