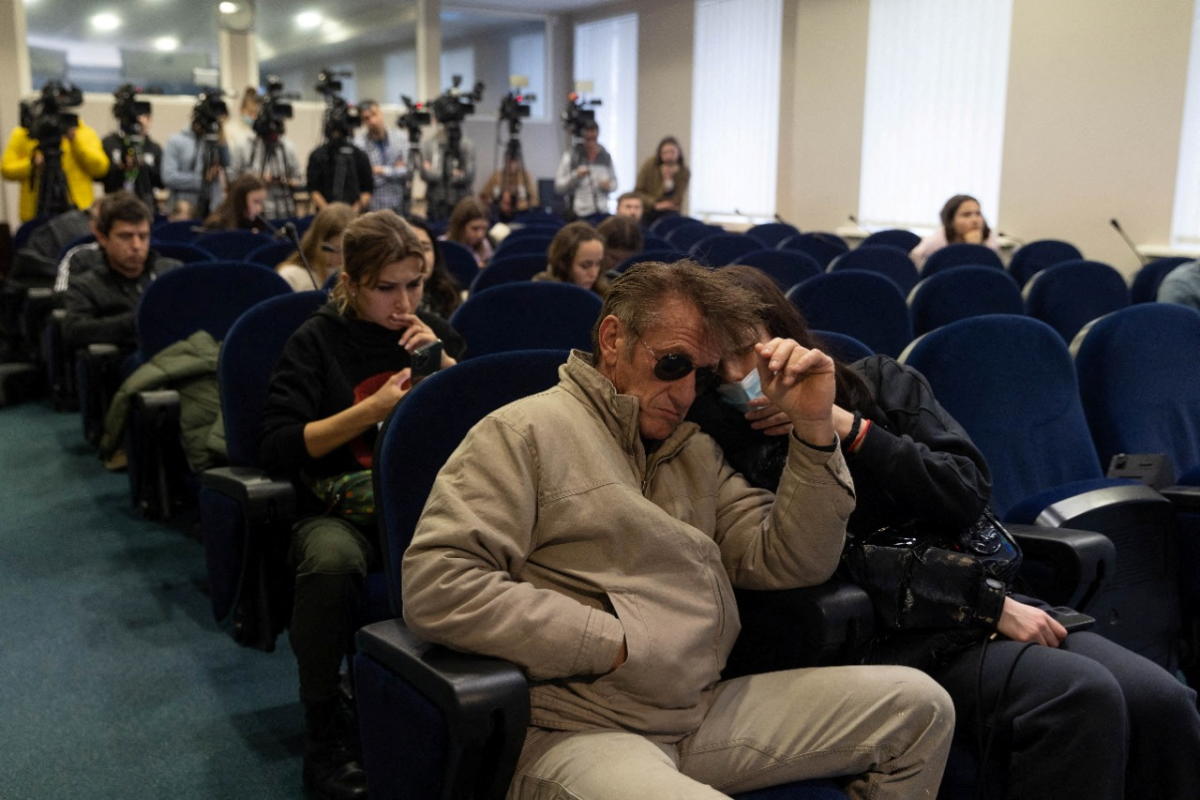 Sean Penn is in Ukraine amid Russia’s attack to film a new documentary about the invasion, Yahoo Entertainment can confirm. The untitled project is a Vice Studios production in association with Vice World News and Endeavor Content.

Penn was photographed in Kyiv, Ukraine’s capital, on Thursday attending a press briefing about the conflict. The Ukrainian government publicly thanked the Oscar-winning actor for coming to the country.

“The director specially came to Kyiv to record all the events that are currently happening in Ukraine and to tell the world the truth about Russia’s invasion of our country. Sean Penn is among those who support Ukraine in Ukraine today. Our country is grateful to him for such a show of courage and honesty, “the Office of the President of Ukraine said in a statement to Newsweek.

Penn has visited the Office of the President during his visit. He has also spoken with Deputy Prime Minister Iryna Vereshchuk, local journalists and members of the Ukrainian military.

According to a translation, the statement continued: “Sean Penn is demonstrating bravery that many others have been lacking, in particular some Western politicians. The more people like that — true friends of Ukraine, who support the fight for freedom – the quicker we can stop this heinous invasion by Russia. “

Penn previously visited Ukraine in November 2021 to prepare for the documentary. Yahoo Entertainment reached out to a rep for the director for comment.