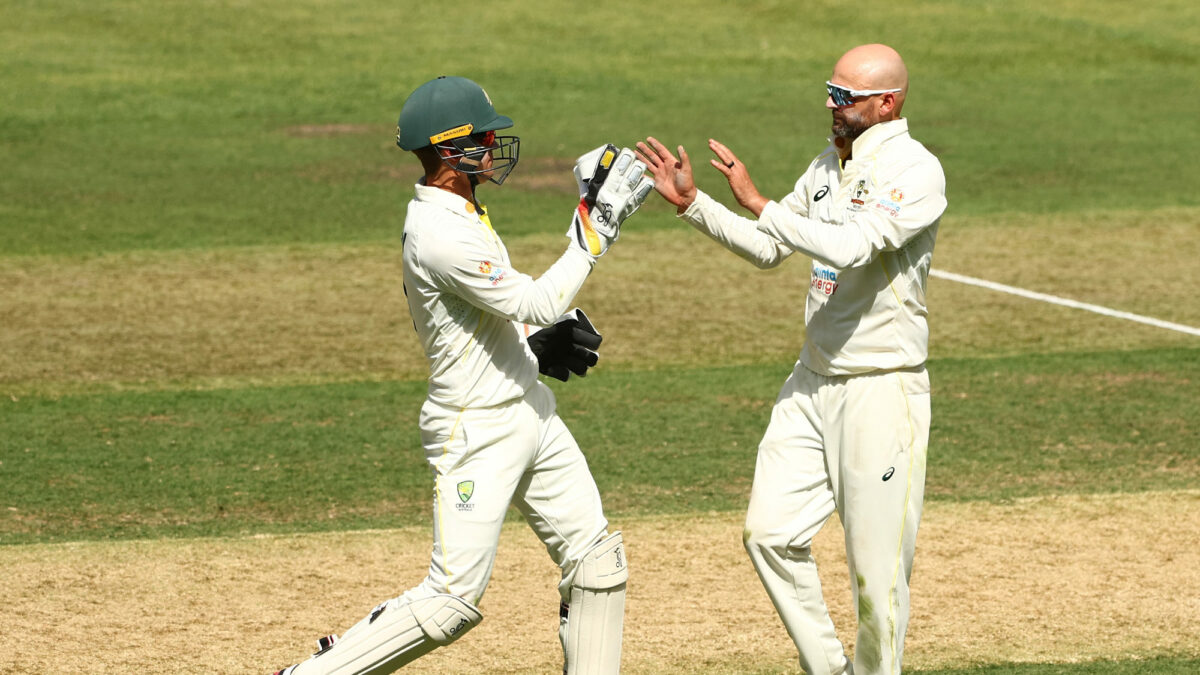 Pat Cummins’ palpable disdain for playing Test cricket in Adelaide saw him once again miss the day/night Test. Not that it mattered one iota.

Here’s the report card for the second Test between Australia and the West Indies.

Captaincy Bans (Or The Lack Thereof)

Professional Adelaide day/night Test captain Steve Smith won the toss and – you will not believe this – batted.

Or, as it turned out, barely batted. For the first time in about fifteen innings, the West Indies dismissed Smith. And didn’t just dismiss him, but dismissed him for a duck, caught and bowled by Jason Holder.

Smith’s duck followed the earlier poor score of 21 from David Warner, who yet again amassed a seemingly fluent twenty-something before throwing his wicket away. To paraphrase The Simpsons, Dave Warner turned into a left-handed James Vince so gradually, I didn’t even notice.

It was also possible that Warner was suffering from the burden of having to withdraw his appeal against his lifetime captaincy ban. This withdrawal took place the day before the Test began via the legal medium of Instagram and triggered, as always, ongoing turmoil about the most tiresome incident in the recent history of world cricket.

Who knew it was so difficult to sweep sandpaper under a rug? I guess unless you roll the pieces up into little balls, the broom just runs over them?

Anyway, as I’ve said many times, the obvious way to sort out the whole mess is to note that at no point was it specified whose lifetime the ban applied to. Let’s just say it was the Queen’s or Kirstie Alley’s and be done with it.

Of course, Smith doesn’t have that excuse for his form. He has the opposite excuse of being clearly too burdened by the pressure of not having a captaincy ban.

The solution to this one is also simple – make Mitchell Starc the captain. Alyssa Healy is leading the women’s side for a T20 series over in India. A married couple simultaneously captaining Australian cricket sides? Come on. Make it happen.

Being Not As Good As Bradman

Not that Smith and Warner’s captaincy or non-captaincy-induced lack of contributions mattered one iota. Marnus Labuschagne and Travis Head put on a couple of centuries apiece as Australia made their way to 7/511 declared.

In the process, Labuschagne became only the second player to reach 3000 runs in thirty Tests or fewer, after some dude called ‘DG Bradman’. Don’t know much about him. Assume he was pretty good, but he played back in the era before the CricViz database, so all records of his alleged run-scoring must be met with due scepticism.

Labuschagne was eventually dismissed, however, by West Indies, uh, backup wicketkeeper Devon Thomas for 163, something that apparently never happened to this Bradman chap.

Labuschagne’s weakness against the part-time bowling wicketkeeper meant he unluckily fell a mere 1649 runs short of Bradman’s purported tally from the same number of innings. Although this will obviously come down a bit once we do a proper YouTube search of the latter’s career.

Any hope of the Windies mounting a fightback ended on the fourth ball of the third day when Mitchell Starc ran out Tagenarine Chanderpaul.

Starc followed through on his run up, picked up the ball, flung the stumps down as Chanderpaul desperately retreated, pointed a finger at the square leg umpire to appeal (that’s how it’s done, Jos Buttler!), and then immediately strode back to the top of his mark without celebrating.

The only disappointment was that when he had Jason Holder caught behind the following over, he didn’t do the same. Instead, we reverted to more standard celebratory fare: jogging through to the keeper, hands raised in the air, accepting high fives, throwing shoes at the drone and so forth.

With the West Indies collapsing, thoughts turned inexplicably to the question ‘Will Steve Smith enforce the follow-on?’

It wasn’t clear why. You know it’s not really a proper question the moment you realise it’s functionally equivalent to ‘Will Steve Smith deny himself the opportunity for another bat?’

Of course, before they could get to that point, Australia had to take the final West Indies wicket, which was proving trickier than expected.

At nine wickets down, the first session was extended. One of the best things in cricket is extending the session because a team is nine wickets down and then the wicket not falling, so everybody just ends up going to the break a half hour later instead. A dogged partnership between Roston Chase and Marquino Mindley, and sloppy hands in the Australian slips cordon saw the pair go awfully close to this outstanding comic possibility.

But once again Starc popped up and put an end to all the fun. Celebrated it, too. Sad. 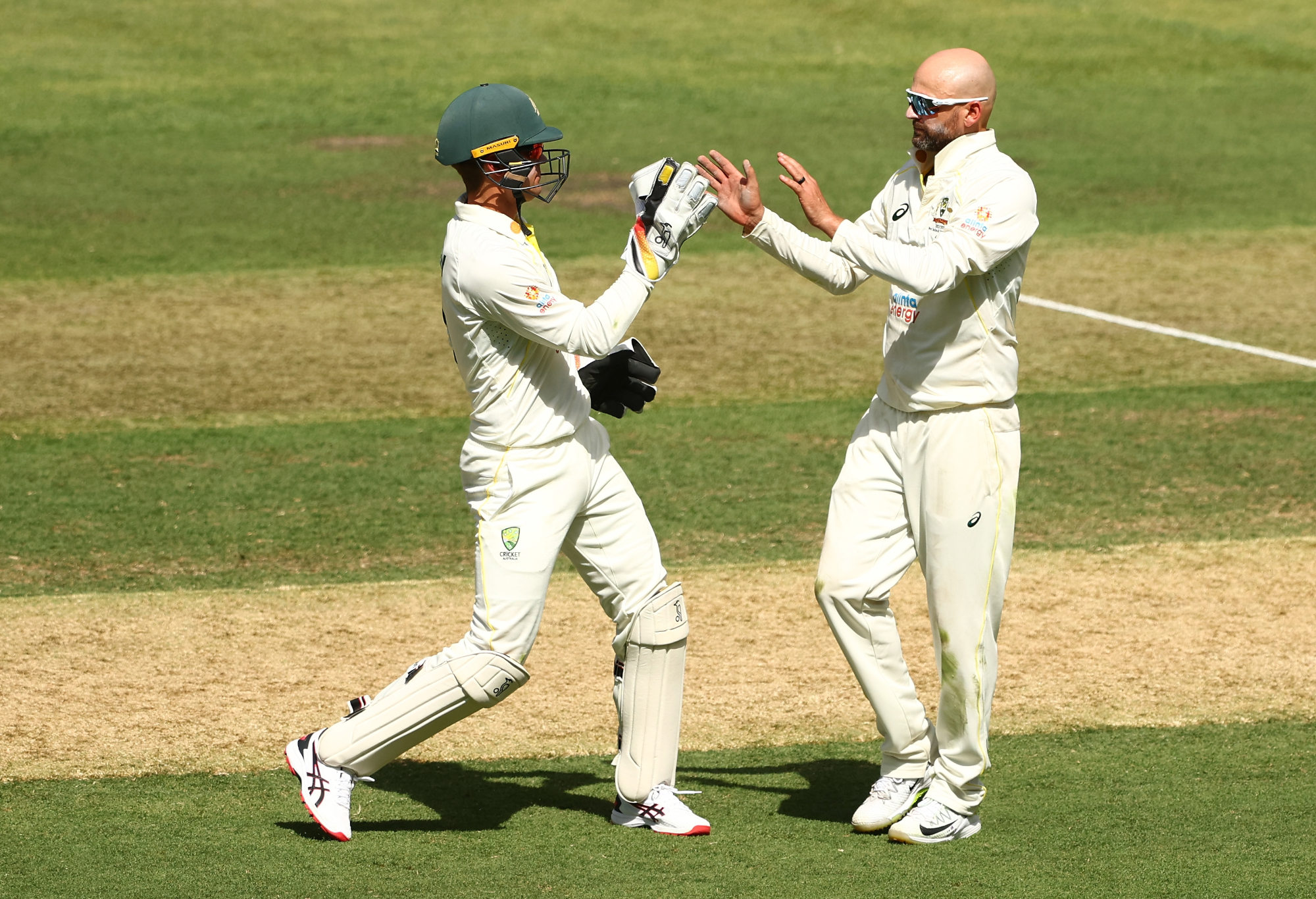 Nathan Lyon and Alex Carey of Australia celebrate the wicket of Alzarri Joseph of West Indies during day three of the Second Test Match in the series between Australia and the West Indies at Adelaide Oval on December 10, 2022 in Adelaide, Australia. (Photo by Chris Hyde/Getty Images)

I then missed most of Australia’s target-setting and inevitable early fourth innings wicket-taking, because I instead headed off to see Billy Joel at the MCG. As always at the MCG, you have the option of the heavy rock and roller (Guns ’n’ Roses a month ago) or the light rock and roller (Billy Joel). I went for the latter.

Oh, sure, I caught the final day, when the pressure of Alex Carey brazenly standing up to the stumps saw the West Indies collapse for 77 all out, losing by 419 runs. Should Carey do this for every bowler, no matter how fast? Sure, why not. Challenge yourself, Alex.

But the third evening with Boland doing his thing was a big miss. Still, to make up for my shoddy recapping, here’s a summary of what happened, to the tune of Piano Man.

Smith says, “Scott, can you take me a wicket, please?
Ideally Brathwaite caught behind
With one seaming, or straight, or bowled through the gate,
Or LB. I don’t really mind.”

Get someone out, you’re Scott Boland, man
Get someone out tonight
Well, you’re the dude who takes wickets at less than ten,
So a three wicket maiden’s alright

(Harmonica playing, and so forth…)