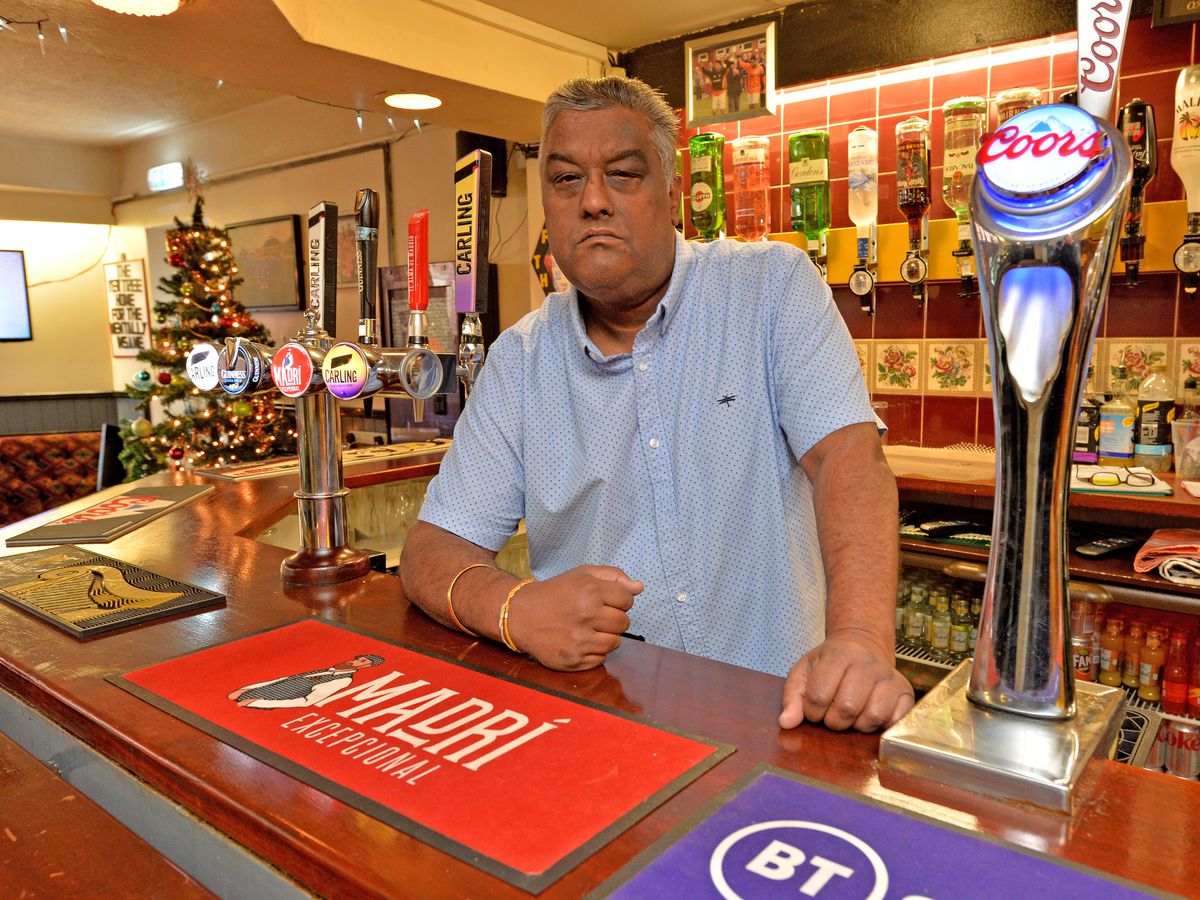 The West Midlands has been particularly badly affected, with 111 closures since March 2020 – including 34 in the Black Country and Staffordshire.

And in the last six months, the West Midlands has seen the biggest drop in the country – with 28 pubs closed between the end of 2021 and the end of June.

New data from real estate advisers Altus Group shows a dozen pubs have closed in Sandwell since March 2020, Walsall has seen half a dozen close, Dudley has lost nine; Wolverhampton and Stafford both three and Cannock one, with the number remaining the same in South Staffordshire.

Campaigners say pubs are now dealing with other pressures such as the rising costs of energy and goods, which may force more to close their doors, and have called on people to offer their support.

Aidan Hale, 53, who is a volunteer for the Wolverhampton Campaign for Real Ale (Camra) group and has more than two decades of experience working behind a bar in Sedgley, said: “In many cases trade has not recovered to what it was before the pandemic. People have gotten used to drinking at home.

“This is the most difficult period the licensed trade has ever had.

“You have people struggling and working long hours and they are struggling to make a profit.”

Research by the British Beer and Pub Association, British Institute of Innkeeping and UKHospitality shows only 37 per cent of hospitality businesses are turning a profit at present.

Graham Sanderson, from Wolverhampton, started in the pub industry as a bartender in 1975 and has just retired from his work as a relief manager for several pubs, including The Combermere Arms in Chapel Ash, Wolverhampton.

“The pandemic has been difficult for all businesses,” said Mr Sanderson, who is also on the beer festival organization committee for Wolverhampton Camra.

“Even when the pubs reopened a lot of people had got into the habit of drinking at home. Thank goodness some people have gone back.”

He said people needed to support their local pubs, adding: “It’s more than just drinking – it’s a social thing too and pubs need our support.”

The data from Altus Group shows there were 977 pubs in the Black Country and Staffordshire as of June – down from 1,011 in March 2020, before the first coronavirus lockdown.

Campaigners say many pubs which have managed to keep their doors open are still struggling.

Mr Hale worked behind the bar at The Beacon Hotel in Sedgley for about 20 years and has been a volunteer for the Wolverhampton Campaign for Real Ale (Camra) branch for just as long.

He said: “It’s terrible. Every pub demolished or converted into something else is one that has gone forever.

“There are not many places you can get together with friends. There’s a massive social aspect to pubs.

“The pandemic has been hard, the licensed trade has suffered harder than most.”

Last year, Balwant Basran, who had run the New Merridale in Penn Fields since 2017, said that following the onset of coronavirus, many pubs could no longer survive as licensed premises and had been forced to look at alternative uses.

He revealed plans to convert the premises into apartments.

Towards the end of last year, bookings slumped at many venues and bosses issued a plea to ‘use them or lose them’.

Speaking about the struggles over Christmas last year, Bob Singh, landlord of the Yew Tree in Chapel Ash, said: “We had an awful festive period. Christmas Eve and Christmas Day is always heaving but this year I had to send staff home because we were so quiet.

“We did not know what to order in because we did not know whether there would be a lockdown. We are losing customers all the time; people have got used to staying in and we are competing against Tesco. ”

Emma McClarkin, chief executive of the British Beer and Pub Association, said pubs now face the challenge of extreme rising costs and that it was essential they receive relief to ease these pressures.

A spokesperson for the Department for Business, Energy, and Industrial Strategy said the government was supporting pubs across the UK with 50 per cent business rates relief, freezing alcohol duty rates on beer, cider, wine and spirits and increasing employment allowance.

“This is in addition to the billions in grants and loans offered throughout the pandemic,” they added.