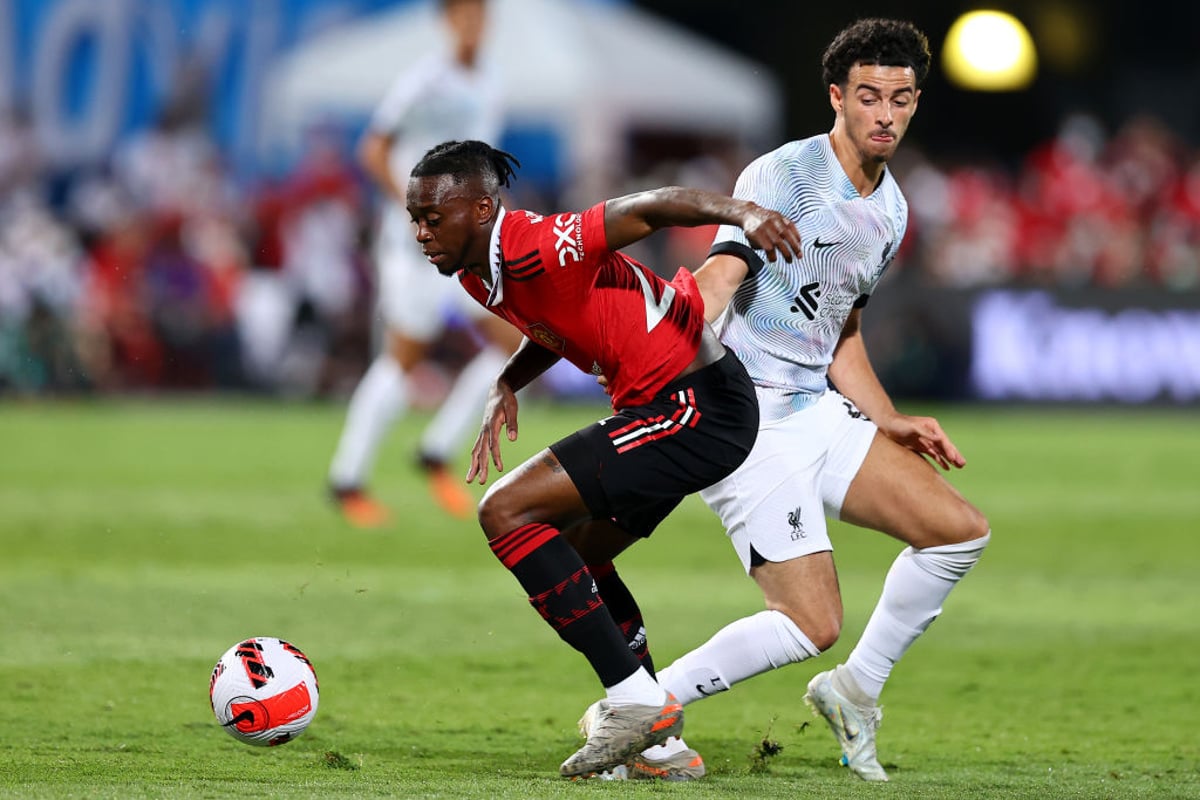 All the latest transfer news and speculation involving Manchester United.

But while anticipation is high, there are still a number of unresolved transfer sagas to contend with at Old Trafford.

Crystal Palace are interested in re-signing Aaron Wan-Bissaka on loan from United, according to Sky Sports.

The defender joined the Red Devils from the South London side for a fee of around £50 million in 2019, but has since struggled for form and consistency.

As a result, United are understood to be “open-minded” about the possibility of him leaving Old Trafford in the coming weeks – and Palace may look to capitalize on the uncertainty surrounding his current situation.

Sky also claim, however, that United would not be overly disappointed if the player was still part of Ten Hag’s squad come the end of the window.

United are still thinking of making a move for Ajax winger Antony this summer, but it will not be an “easy” agreement to reach, according to Fabrizio Romano.

The Brazilian emerged as a target for the Red Devils earlier in the window, but a disparity between the two clubs’ valuation of the player looked to have derailed any potential deal.

In addition, the Dutch giants have already offloaded a number of key talents this summer, including United new boy Lisandro Martinez, and Romano is of the opinion that the high number of departures could further complicate Ten Hag’s pursuit of Antony.

Speaking to GiveMeSport, he said: “This is why the Antony deal for Man United is still something that they’re thinking, but it is not an easy one at the moment.

Corinthians president Duilio Monteiro Alves has declared that he would like to take United superstar Cristiano Ronaldo to Brazil.

The five-time Ballon d’Or winner is currently at the center of widespread exit speculation, with a number of high-profile clubs linked with potential moves at various times over the course of the summer.

And while Alves has acknowledged that a move for the veteran forward may be fanciful, it hasn’t stopped him hoping for a minor miracle.

Speaking to Ulissescast, as quoted by 90min, he said: “It’s true, I’m dreaming big. This is Corinthians! Aren’t Willian and Renato Augusto here? In football everything is possible, and I have the obligation to do my best for Corinthians.

“Is it possible? I don’t know. We haven’t tried yet, we haven’t looked into it, but we are keeping an eye on it. Imagine if he suddenly wants to play in Brazil.”