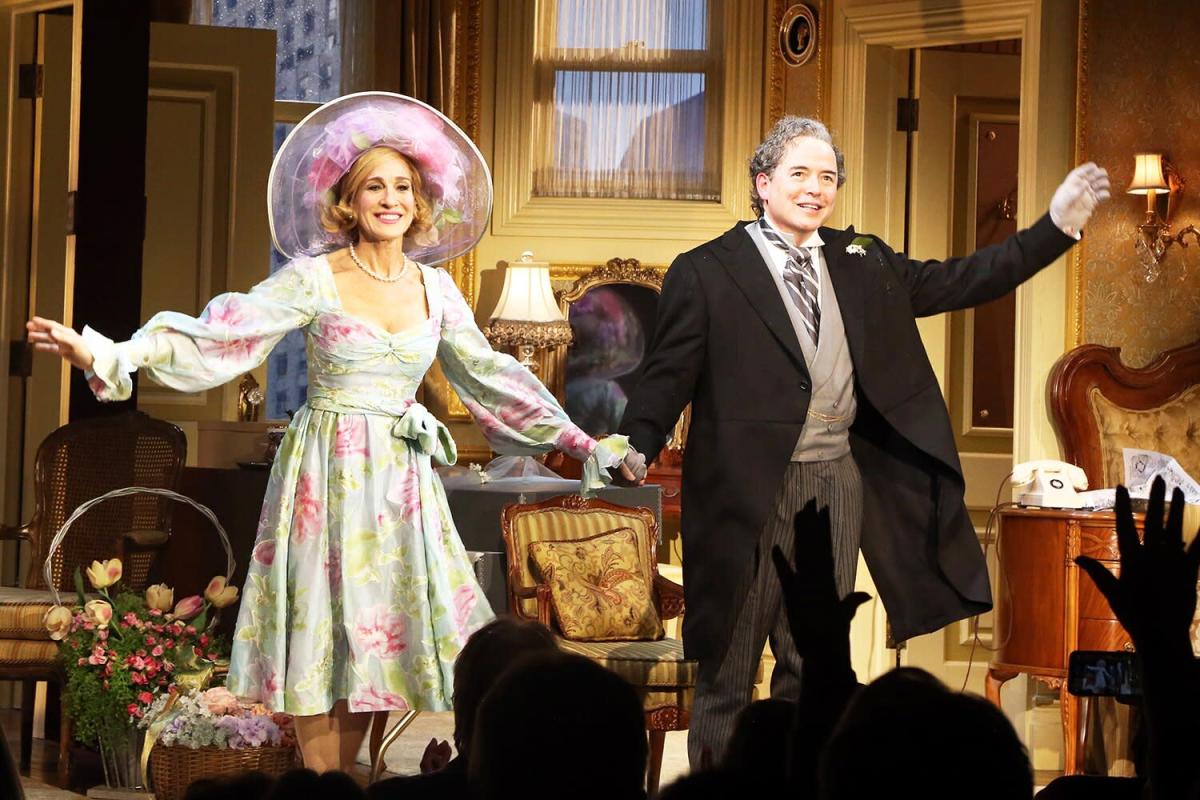 Sarah Jessica Parker and Matthew Broderick finally debuted their Broadway production of Plaza Suite after the show was delayed due to the coronavirus pandemic.

The two actors – who have been married since 1997 – play three different couples in the John Benjamin Hickey-directed production, which follows different characters at the famous Plaza Hotel.

During her curtain speech, Parker thanked the audience for their warmth, hospitality, and kindness, telling them, “So many of you have been waiting two years for theater to return. You’ve stood by and have been patient and enthusiastic and optimistic and we simply wanted to thank you because by doing that you have supported our entire theater community, and that means all of the people you do not see back here, and all of the people you’ve met in the front. “

“We are eternally grateful. So, on behalf of my brilliant husband and our beautiful cast, on behalf of every person working in the theater in New York City, we thank you and we love you,” she continued.

Plaza Suite marks the first time Parker and Broderick have shared the stage since 1996’s How to Succeed in Business Without Really Trying.

“A surprising, unexpected confluence of events came together and all of a sudden we were pondering this gorgeous, funny, not-seen-in-far-too-long Neil Simon play,” Parker said in 2019 of acting in Plaza Suite with her husband.

Broderick added, “There’s a feeling of tradition to it.”

Broderick opened up more about acting alongside his wife during a 2020 appearance on SiriusXM’s Quarantined with Bruce.

“You know, speaking of how talented my wife is, I should also say that getting to do this play, even though we only just did it in Boston for a little while … she was so, so good in it,” he said.

RELATED: Dear Evan Hansen Star Jessica Phillips Is Rediscovering Herself at 50 as Part of the LGBTQ Community

“I really had never acted with her onstage and hadn’t really acted with her at all. And I was just reminded of how funny and smart and what a great comic actor she is – or actor, never mind the comic part,” Broderick continued. “She’s very good at it. So I hope everybody gets to see her do it.”