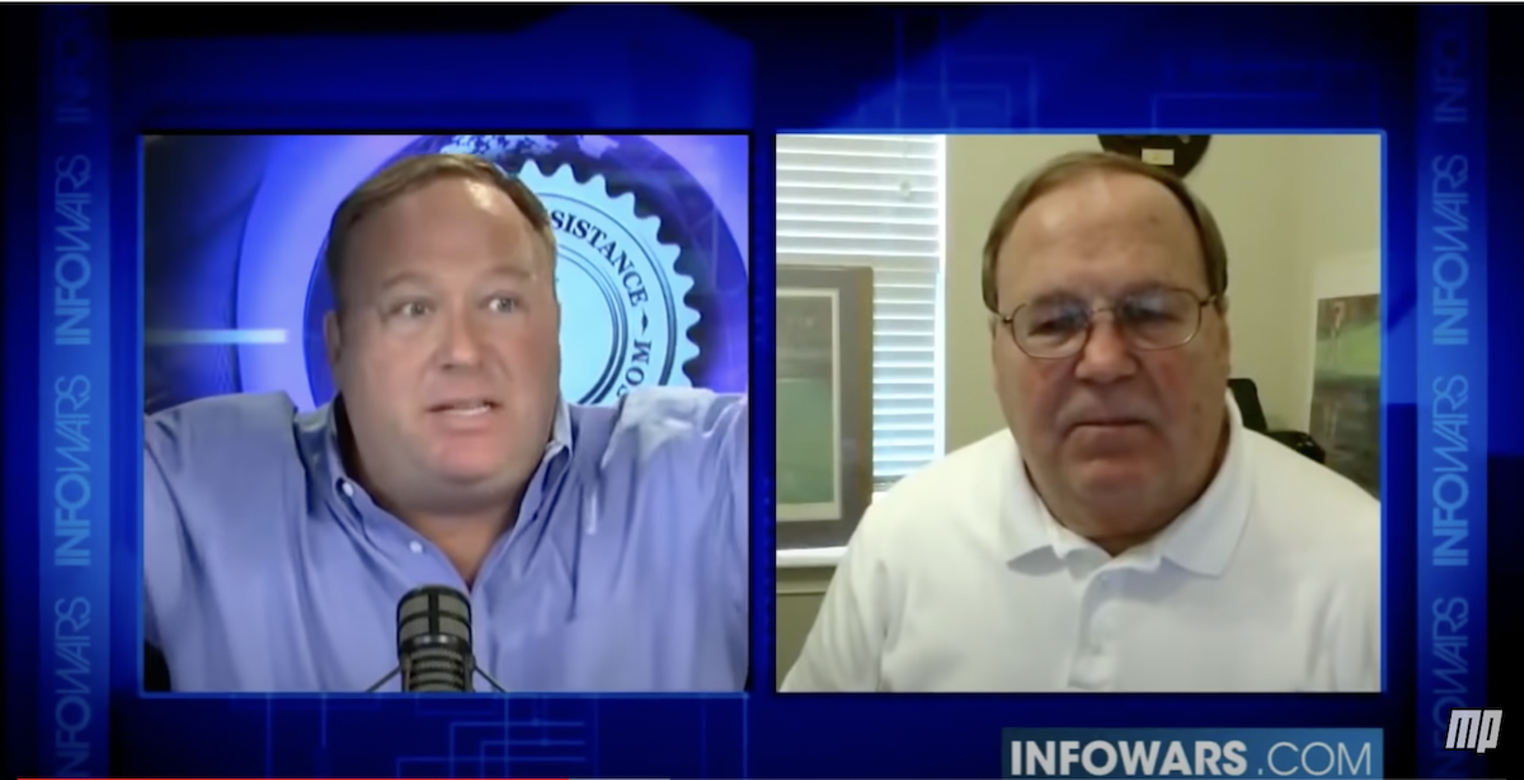 The defamation trial of right-wing conspiracy theorist Alex Jones made headlines this week, as the former Infowars host had to testify under oath about the lies he spread after the tragic 2012 attack at Sandy Hook Elementary School in Newtown, Connecticut.

Among this week’s revelations from the Travis County Courthouse in Austin, Texas: Infowarswhich airs on radio and online and also hawked merchandise, once raked in a whopping $800,000 in gross revenue in a single day.

As Jones’ finances draw scrutiny in light of Thursday’s $4.1 million jury verdict for compensatory damages — with punitive damages yet to be assessed and two more trials yet to come — another notorious Infowars figure is having money issues of his own.

Florida man Wolfgang Halbig, who teamed up with Jones following the 2012 massacre to spread outlandish theories about the shooting and baselessly allege that the victims’ families had constructed an elaborate hoax, filed for Chapter 7 bankruptcy protection on March 30 in Florida’s Middle District.

Bankston now bringing up Wolfgang Halbig, notorious Sandy Hook conspiracy theorist. Karpova says Halbig “had the credentials to question this event and did have several questions.” More on Halbig here. He hates when I share this story. https://t.co/NNLe60siew

New Times sought comment via phone and email from Halbig and his attorney, Omaira P. Dauta. This story will be updated with their responses.

Halbig, 75, is a former Florida public school security administrator who lives in Sorrento, a small unincorporated community north of Orlando. He has previously described himself as a “national school safety consultant” and a former Florida state trooper. In a 2019 profile, the New York Times reported that Halbig’s “résumé suggests he held the trooper job for at most a year in the mid-1970s.”

Following the killings of 20 first graders and six teachers in Newtown, Halbig made multiple appearances as a guest alongside Jones on Infowars to spread false claims about the massacre. Infowars boosted Halbig’s profile and spread his claims that the killings were staged. According to a New York Times report, Halbig tormented Sandy Hook families by releasing their personal information and emailing them photographs of what he claimed were their dead children “all grown up.” In 2020, he was arrested in Florida for allegedly releasing the personal information of a parent whose 6-year-old son was killed in the shooting. (Prosecutors in Lake County eventually dropped the charge.)

In an email shown to the jury in Austin on Wednesday, Halbig reached out to the parents of a child with autism who died in the shooting and blamed them for allowing their daughter to attend what he referred to as a “filthy” school.

“You failed Josephine, the non-verbal child as you stated,” Halbig wrote in the 2014 email. “She needed you to protect her from all the serious health risks. That filthy and deplorable school with all that toxic waste, we call this child endangerment.”

Halbig’s bankruptcy filing (attached at the end of this article) paints a portrait of a progressively dire financial situation. He estimated his assets at $225,000 — primarily the equity in his Central Florida home –– but listed roughly $785,000 in liabilities, chiefly about $340,000 owed to Google thanks to a 2015 California judgment and $420,000 remaining on his home mortgage, which is held by M&T Bank .

Halbig lists his wife, Kathleen, as a codebtor, although he alone filed for bankruptcy. He lists their combined monthly income as roughly $10,400 — about $7,000 from pension or retirement income and the rest from Social Security benefits.

Among Halbig’s assets are a dented 2012 Chevy Tahoe, a 2015 Volvo SUV with malfunctioning air-conditioning, a $100 wedding band, $925 in a Chase Bank checking account, and a 13-year-old Havanese named Coco, who suffers from skin infections.

On July 12, US Bankruptcy Judge Tiffany Geyer discharged Halbig’s debts, meaning creditors may not make any further attempts to collect from him personally. According to the document granting the discharge, “[the] order does not close or dismiss the case, and it does not determine how much money, if any, the trustee will pay creditors.”