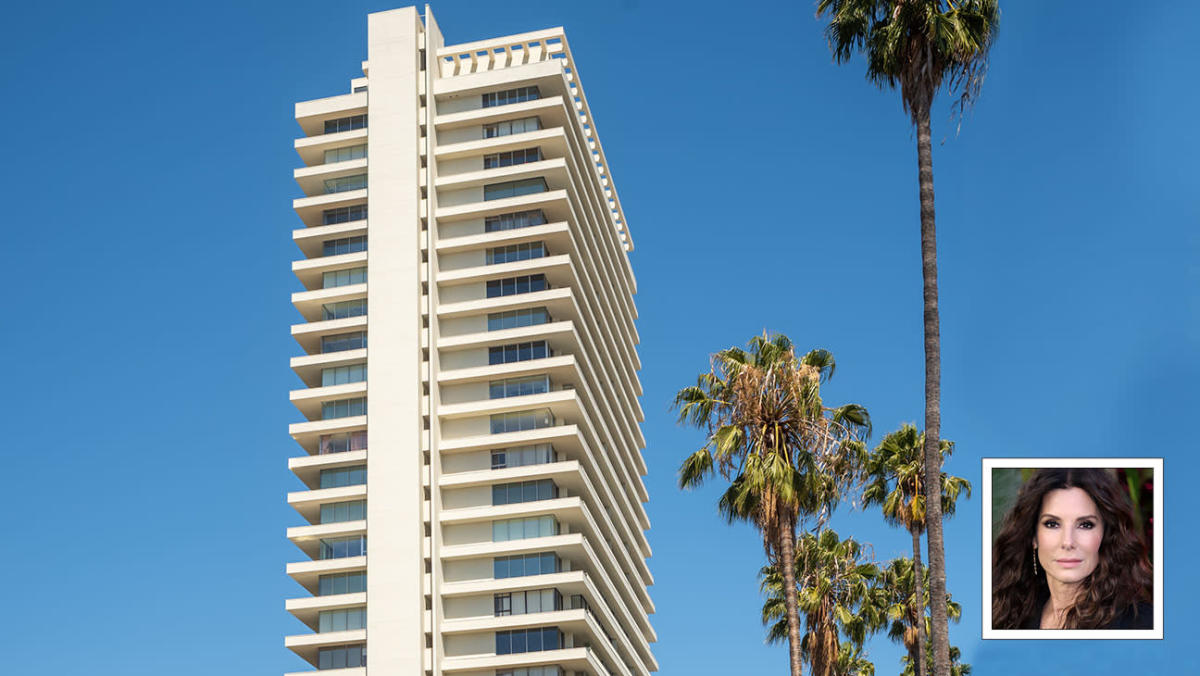 As the Los Angeles housing market has gone up and up, some high-rolling real estate players are selling their mega-mansions – surprisingly – at a loss.

Trevor Noah recently sold his Bel Air mansion for $ 26.4 million, more than $ 1 million less than he paid for it in 2020. Michelle Pfeiffer and David E. Kelley sold a Pacific Palisades home for $ 6.5 million, $ 1.2 million less than they paid for it in 2018. Earlier this year, Sandra Bullock sold a condo in West Hollywood’s Sierra Towers in an off-market deal to Joker director Todd Phillips. According to Dirt.com, she paid $ 5.1 million for it in 2017 and unloaded it for $ 3.6 million, making for a $ 1.5 million loss.

More from The Hollywood Reporter

Director Simon Kinberg was one of the biggest losers, selling his Hollywood Hills estate, which he bought for $ 31.5 million, for $ 28.5 million. But they aren’t the only ones. LeBron James, Simon Cowell, Justin Bieber and Channing Tatum also have sold property at a loss in the past couple of years.

How is this possible in a booming market? Several factors come into play. Agents point out that the ultra-rich often buy on a whim, paying top dollar, and might tire of their new acquisitions just as quickly.

For those in the public eye, the need for secrecy can come with a hefty price tag. Celebrities are deeply concerned about privacy and security, so they’re drawn to off-market listings. Off-market listings are often overpriced; it creates a perfect storm, ”says John Iglar of Douglas Elliman. Such listings are often overvalued by as much as 20 percent.

On top of that, homes in the $ 20 million-plus category can be particularly difficult to value. “It’s more like buying art, so it’s a little bit tricky,” says Michael Nourmand, the president of Nourmand & Associates. “You have regular houses where there are past sales that are much more similar, and you have some of these larger, more expensive houses where they’re kind of one-offs. It’s harder to come up with how much they’s worth. The stakes are higher. There’s less selection. It’s harder to compare prices. It’s not like buying a quart of milk, where you can look online and see what everybody charges for it. ”

Idiosyncratic renovations can also make it harder when it comes to making a profit from a real estate investment. “Sometimes you have somebody [where] money is no object. They do not think about the resale part of it. They do it just for themselves, ”Nourmand says. “As a real estate agent, I always tell people, do not do that. You should always prepare your house with the idea that at some point in time, somebody else is going to own the property. ”

According to multiple brokers, the Sunset Strip neighborhoods, particularly the Bird Streets, have seen a decrease in resale value in recent years (one recent seller lost $ 10.5 million). “There are too many banal, undifferentiated houses on the market in that neighborhood at shocking numbers, at $ 20 million, $ 30 million, $ 40 million,” says one anonymous agent. “And most of them are not interesting.”

For the ultra-wealthy, volatility in the stock market, rising interest rates and inflation also mean that the cash obtained by selling at a loss can be worth the influx of cash and capital. “Selling at a loss is starting to happen a little bit more now, because I think the perception of value is not there anymore,” Nourmand says. “I think you had people making a lot of money, buying very expensive properties.”

But as one anonymous broker notes, losing money on a home sale in the current market is, quite simply, avoidable: “Honestly, if you’re selling at a loss and you bought in the last few years, seriously, you have to make every mistake in the book. You have to try to lose money because the market’s gone up 25 percent. If you lost money in this market, you should not be in real estate. ”

A version of this story first appeared in the June 22 issue of The Hollywood Reporter magazine. Click here to subscribe.