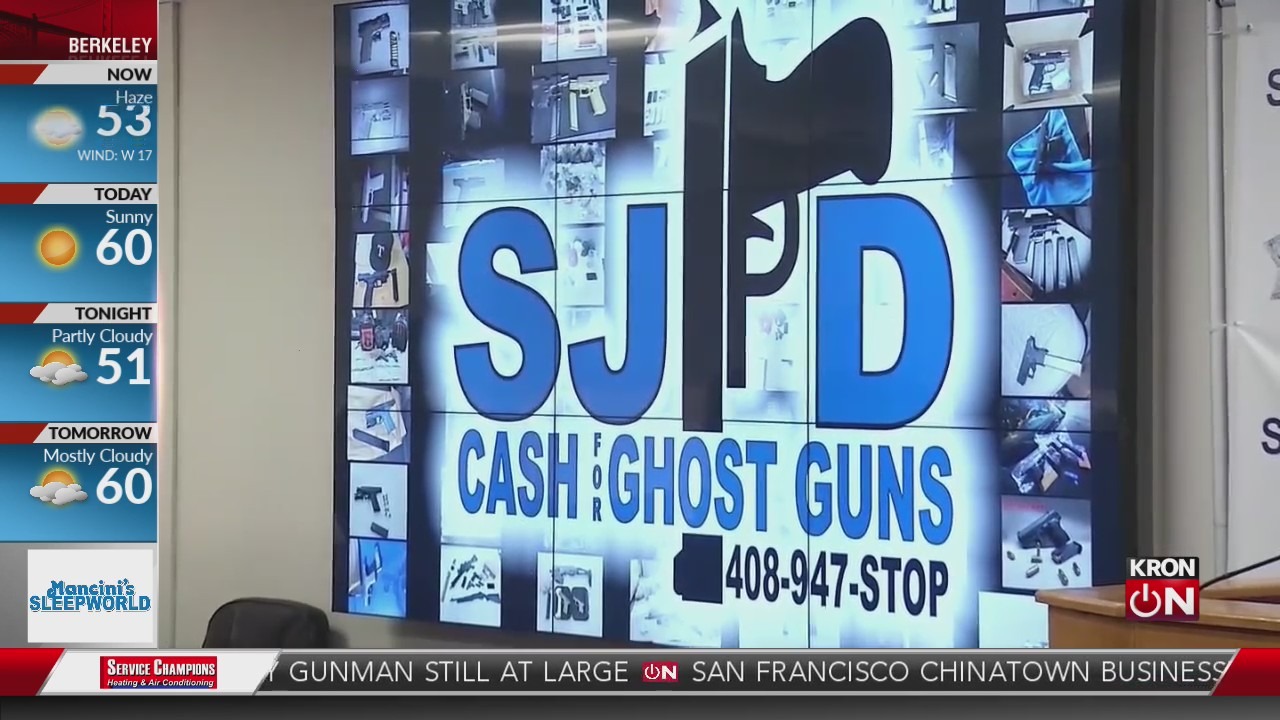 The program is called Cash for Ghost Guns and it comes in the wake of a violent weekend where ghost guns were involved in several shootings.

The new program would give cash to anyone with information that leads to the seizure of a ghost gun or assault rifle.

San Jose Police Chief Anthony Mata says a higher cash reward would also be given to anyone with information about ghost gun dealers and manufacturers.

“We will refocus future funding for gun buyback toward the program that will pay cash for tips that lead to the seizure of privately made firearms,” ​​he says.

“I believe that targeting these types of weapons and the people who are already prohibited from possessing firearms is the best and most urgent use of funding intended to reduce gun violence,” Mata said.

City Councilmember Matt Mahan says this new program will be a critical component in the fight against gun violence within the community.

“It enlists the community in a very real way to help us identify where these ghost guns are coming from,” Mahan said. “These untraceable guns are a scourge in the community enabling gun violence in our community.”

Earlier this month, the Santa Clara County Board of Supervisors voted unanimously in favor of the district attorney’s office to come up with options to create an ordinance to prohibit the possession, manufacturing and assembly of ghost guns.

The county is expected to report back to the board on April 19.

In January, San Jose also took it a step further and became the first city in the country to pass a law requiring gun owners to get liability insurance.

The law has since created controversy among anti and pro gun groups.