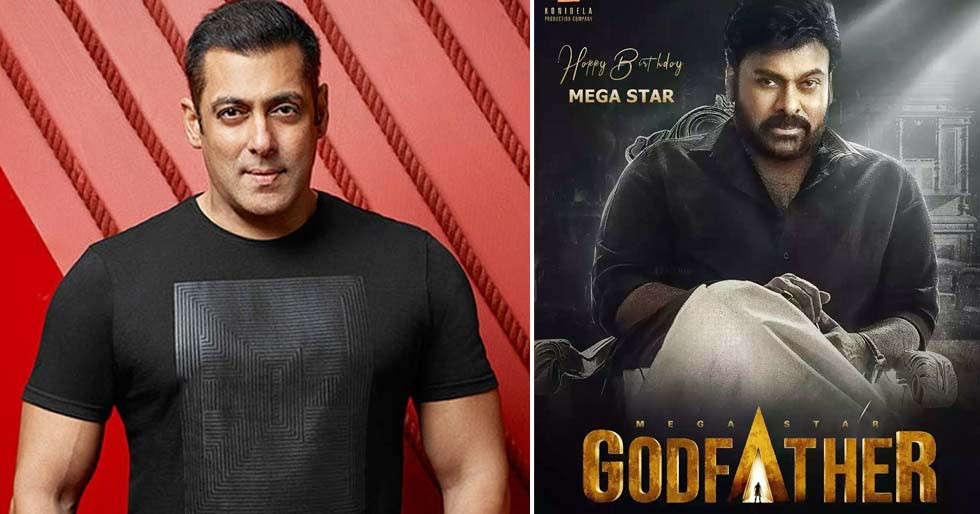 In his next film Godfather, director Mohan Raja has expressed his appreciation for the opportunity to collaborate with Bollywood superstar Salman Khan. He also thanked Tollywood icon Chiranjeevi for making it possible. for Our (sic), ”Mohan shared a video of Salman on the set of Godfather, accompanied by a tweet.

On March 16, Salman Khan joined the sets of Godfather. He is rumored to have a significant role in the film, which stars Chiranjeevi in ​​the lead role. The upcoming film is an official remake of the popular Malayalam film Lucifer.

Mohanlal starred in the 2019 Malayalam hit, which also marked Prithviraj’s directorial debut. Prithviraj had also played a modest supporting role in the film, in addition to directing it. According to reports in the industry, director Mohan has enlisted Salman to reprise the cameo role portrayed by Prithviraj in the Telugu adaptation.

According to rumors, Salman even declined a fee from the producers and shot the film out of respect for Chiranjeevi. Welcome aboard #Godfather, Bhai @BeingSalmanKhan! Your entry has energized everyone & the excitement has gone to the next level. Sharing screen with you is an absolute joy. Your presence will no doubt give that magical #KICK to the audience (sic), ”Chiranjeevi had previously tweeted.

Finished an Amazing Schedule with the Mighty Man, Sweetness Personified
Dearmost Bhai @beingsalmankhan
Thanks Bhai for Making this So Comfortable and So Memorable ðÂÂŸÂÂ ™ ÂÂ
And Thanks to OUR Pillar of Support @kchirutweets for making this happen for Our #GodFather@MusicThaman & Team pic.twitter.com/2ys8CUy6jo