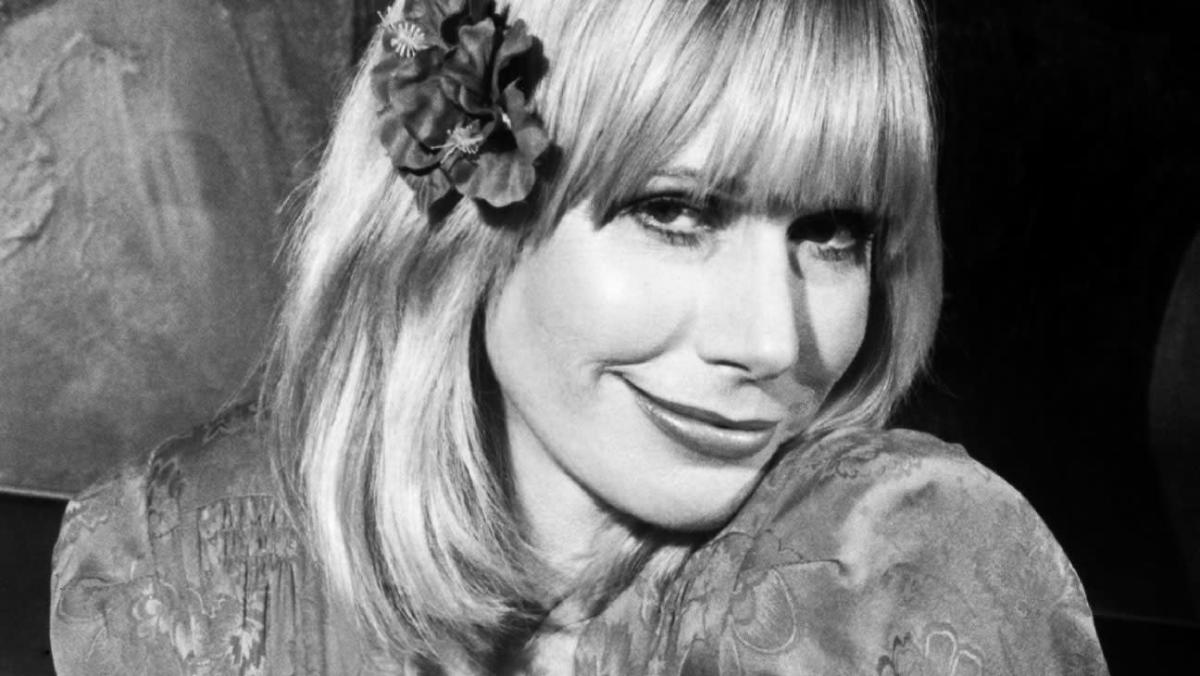 Sally Kellerman, the husky-voiced actress known for her Oscar-nominated portrayal of US Army Maj. Margaret “Hot Lips” Houlihan in Robert Altman’s M * A * S * H, has died. She was 84.

Kellerman, who also sang and had a Grand Funk Railroad tune written for her, died Thursday morning at an assisted care facility in Woodland Hills after a battle with dementia, her son, Jack Krane, told The Hollywood Reporter.

More from The Hollywood Reporter

A native Californian, Kellerman had a memorable role in the third Star Trek episode, “Where No Man Has Gone Before,” in which she portrayed Dr. Elizabeth Dehner, a human Starfleet officer aboard the USS Enterprise. When Dehner sacrifices her life, her dying words to Capt. Kirk (William Shatner) are, “I’m sorry can’t you can not know what it’s like to… be almost a god.”

And in the comedy Back to School (1986), Kellerman was wonderful as the free-spirited college literature professor Diane Turner, the love interest of Rodney Dangerfield’s obnoxious rags-to-riches businessman, Thornton Melon.

“This is my one brag in life: The director [Alan Metter] said he felt that I helped make Rodney human, believable in a relationship. Because I just had to love him and be sincere about it, ”Kellerman said in 2016 on Marc Maron’s WTF podcast. (She played Maron’s eccentric mom on his IFC comedy.)

Kellerman also noted that when fans encountered her in public, they either yelled, “Hey, Hot Lips!” or recited a classic Dangerfield line from Back to School: “Call me sometime when you got no class.”

Kellerman had appeared in guest-starring stints on many TV shows of the 1960s, including The Outer Limits, 12 O’Clock High, Ben Casey, That Girl spirit Mannixwhen she won the role of the by-the-books Houlihan in M * A * S * Han adaptation of Richard Hooker’s 1968 novel about Army surgeons saving lives during the Korean War.

One of her more famous scenes in the movie came when she is embarrassingly pranked in the shower. Kellerman had never been nude onscreen, so Altman devised distractions for the shot, she said.

“When I looked up, there was [actor] Gary Burghoff stark naked standing in front of me, ”she recalled in 2016.“ The next take, [Altman] had Tamara Horrocks – she was the more amply endowed nurse – without her shirt on. … So I attribute my Academy Award nomination to the people who made my mouth hang open. ”

Regarding the humiliation her character endured, Kellerman said: “I loved Bob, but he was a real male chauvinist, probably the worst. I’m kidding. Sort of kidding. But I think that [torment] really saved Hot Lips. She grew up after that. She’d been so uptight, so rigid, no sense of humor – and after all that went down, she started having a really good time, a real life. ”

In a 2013 interview, Kellerman remembered that when the M * A * S * H crew was watching the dailies, Altman told her, “You’re going to get nominated for an Oscar for this one, Sally.” She wound up losing to the sentimental favorite that year, Helen Hayes of Airport.

She and Altman also collaborated on the features Brewster McCloud (1970), The Player (1992) and Pret-a-Porter (1994) and on a 1997 episode of Gun, an ABC anthology series that he executive produced. Kellerman, though, squandered another opportunity to work with the famed director.

After she had an ill-fated rendezvous with Alan Arkin in the Neil Simon comedy Last of the Red Hot Lovers (1972), directed by Gene Saks, “Bob called me one day at home,” she recalled in her 2013 memoir, Read My Lips: Stories of a Hollywood Life. “‘Sally, do you want to be in my picture after next?’ he asked. ‘Only if it’s a good part,’ I said.

“He hung up on me. Bob was as stubborn and arrogant as I was at the time, but the sad thing is that I cheated myself out of working with someone I loved so much, someone who made acting both fun and easy and who trusted his actors. Stars would line up to work for nothing for Bob Altman. ”

She added, “Oh, the Altman movie I turned down? Nashville. In that part I would have been able to sing. Bad choice. ”

Sally Claire Kellerman was born on June 2, 1937, in Long Beach, California. Her mother was a piano teacher and her father an executive for Shell Oil. “I came out of the womb singing and acting,” she said.

While attending Hollywood High School, Kellerman starred in a production of Meet Me in St. Louis and submitted a demo to jazz impresario Norman Granz. He offered her a recording contract at Verve, but, just 18, she turned it down.

“I was young and scared at the time,” she said. “I had very little self-esteem, and I had already started this acting class. This class, taught by Jeff Corey, really gave me the chance to grow up. ” (Classmates included Jack Nicholson, James Coburn and Robert Blake.)

In 1957, Kellerman made her film debut in the Samuel Z. Arkoff crime drama Reform School Girlthen appeared regularly on television and in several plays, including The Marriage Go-Round spirit Call Me by My Rightful Name.

She had a role in a 1966 stage production of Truman Capote’s Breakfast at Tiffany’sstarring Richard Chamberlain and Mary Tyler Moore, but the show was closed in previews before it made it to Broadway when producer David Merrick said he did not want to “subject the drama critics and the public to an excruciatingly boring evening.”

Still, all of her experience to that point emboldened her as she auditioned for Altman.

“Before M * A * S * H, I was ready to take any kind of chance, ”Kellerman said. “I went out for the Lieutenant Dish part, which was bigger. But I happened to be wearing lipstick, and while I was talking a mile a minute, producer Ingo Preminger kept muttering in his German accent, ‘Hot Lips!’ … [Altman] yelled ‘Hot Lips’ too. ”

The film and Hooker’s novel, of course, also inspired the CBS series M * A * S * H, which ran from 1972-83. Nearly all of the characters from the movie were recast, including Hot Lips, portrayed on TV by Loretta Swit, who won two Emmys and was nominated for her work on 10 of the show’s 11 seasons. (Burghoff did reprise his role as Walter “Radar” O’Reilly.)

Altman said that he disliked the show “because [it] was the opposite of my main reason for making this film – and this was to talk about a foreign war, an Asian war, that was going on at the time. And to perpetuate that every Sunday night – and no matter what platitudes they say about their little messages and everything – the basic image and message is that the brown people with the narrow eyes are the enemy. And so I think that series was quite a racist thing. ”

On the CBS soap opera The Young and the Restlessshe played Constance Bingham, an elderly woman confined to a wheelchair, and landed a Daytime Emmy nomination in 2015.

Kellerman eventually pursued a singing career and in 1972 released her first album, Roll With the Feelin ‘.

“I love acting… but my fantasy is to have a couple of babies and make an album a year, and maybe a picture a year, too,” she said in 1973. “I do not want to not do either one. ”

Around that time, Kellerman dated Grand Funk Railroad singer-guitarist Mark Farner, who wrote the 1976 pop song “Sally” about her. Her second album, Sallywas released in 2009.

Kellerman also did voiceover work in commercials – most famously for Hidden Valley Ranch salad dressing – and for such animated films as The Mouse and His Child (1977), Happily Ever After (1990) and Delgo (2008).

Kellerman wed writer-director Rick Edelstein (Starsky & Hutch) in December 1970, but the marriage was troubled from the start. “We’ve fought every day since we’ve met,” she said years ago, “and sometimes I wondered whether my wedding dress would be black with red splotches.” They divorced in 1972.

Best of The Hollywood Reporter