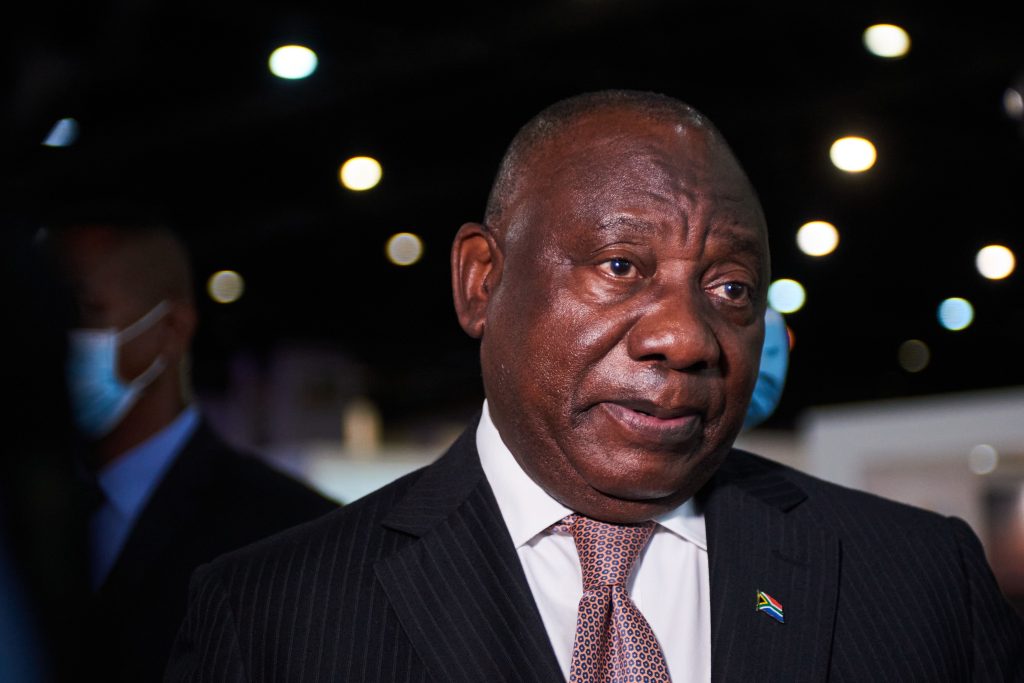 South Africa’s parliament will appoint an independent panel that will recommend whether or not to initiate a process to impeach President Cyril Ramaphosa.

Parliament Speaker Nosiviwe Mapisa-Nqakula said the panel will be appointed after a request by the opposition African Transformation Movement, according to a letter published on the party’s Twitter handle on Friday.

The decision comes as Ramaphosa is under increasing pressure from opposition parties to step aside over a burglary two years ago at a game farm he owns. The president faces allegations that he concealed the crime. He has refused to answer opposition lawmakers’ questions about the incident, in which the nation’s former spy boss said $4 million was stolen.

In a separate Tweet on Friday, presidency spokesman Vincent Magwenya criticized the “frantic rush” by opposition parties to tarnish Ramaphosa’s name “without a shred of proof.”

With two parallel investigations underway, one by the @PublicProtector and the other by the Hawks, opposition parties are in a puzzling, frantic rush to undermine these investigations and continue to tarnish the President’s name without a shred of proof.