POP-SOUL SINGER BENNET SPICES UP THIS HOLIDAY SEASION WITH

“NAUGHTY WITH YOU (THIS CHRISTMAS)”

FOLLOW-UP TO RECENT EP WHEN IT’S TOO GOOD

“Few artists are able to perk our ears up after
releasing a single, let alone are able to continue delivering again and
again.” 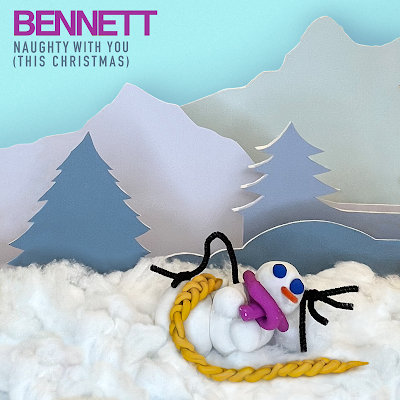 Rising
songstress, BENNETT, is back with her latest single, “Naughty With You (This Christmas).” The holiday tune
is a brilliant addition to the burgeoning catalog of classic Christmas music
and adds elements of romance and sensuality to the otherwise standard
selections. The single is accompanied by a visualizer streaming now. “Naughty With You (This
Christmas) also comes on the heels of the release of the EP When It’s
Too Good released this past summer. The official visual for the title
track of the EP is now approaching 650K views. Since then,
BENNETT has also released a flurry of live performance visuals for each of the
EP’s dynamic tracks.

Bennett  “Naughty With You” (This Christmas) 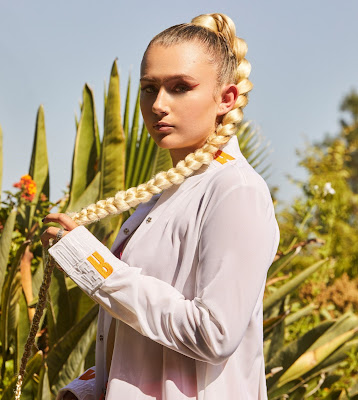 BENNETT
is always looking to push herself creatively. She says of the creation of the
song: “It was hard to get in the Christmas spirit in the middle of
July. We wrote a different Christmas song over the same chords talking about
gingerbread houses, mistletoe, and all that corny shit. Then we went out for a
smoke break and decided to scrap the song because it sucked. When we went back
in, I did one pass then we came up with the naughty with you concept. The song
wrote itself after that.” 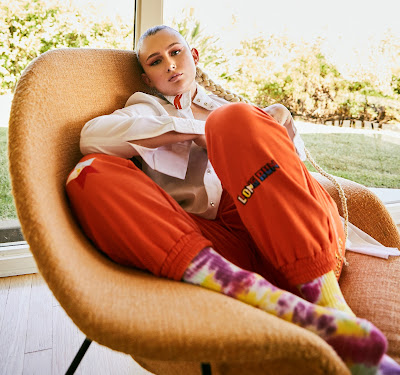 When
It’s Too Good came
as the follow-up to BENNETT’S previous projects The Buzzed Mixes and Things
I Never Said. The title track was raved about by Lyrical Lemonade “not only
is this Bennett’s best song to date (in my opinion), but I think that this is
easily her best visual to date.” After signing with Atlantic Records, she
dropped her debut EP Things I Never Said in 2020. The single
“Give Me A Reason” has almost 1 million YouTube views. Racking up millions of
streams and garnering praise from OnesToWatch and Elevator, to name a few, the
singer and songwriter is well on her way. 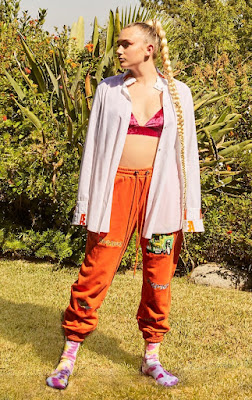 Like many of us who experience imposter syndrome, BENNETT can often be
her own worst enemy and the saboteur of her own happiness. But, through trial
and error, she’s determined to be great. Tears, toxic relationships,
heartbreak, addiction, anxiety, and anxiousness absorb into her music and bleed
back out as R&B-backed bops with bite. The daughter of a single mother, she
embraced music wholeheartedly as a kid. During middle school, she performed in
jazz band and pep band and started to write and record original material by
high school. Under the influence of Lana Del Rey, Stevie Wonder, Frank Ocean,
SZA, and her “favorite artist” The Weeknd, she cut through the noise and
made waves on Soundcloud with a 2018 cover of Jorja Smith’s “I Am.” 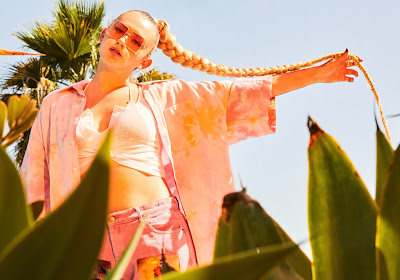 Her
original debut single “Never Yours” eventually generated 4 million Spotify
streams followed by “Groupie” and “Gone.” Signing to Atlantic Records, she
dropped her debut EP THINGS I NEVER SAID in 2020. The single “Give Me A
Reason” is approaching 1 million YouTube views. Lyrical Lemonade urged, “Give
her a listen before she blows up,”. Garnering praise from OnesToWatch and Elevator,
to name a few, through her music, the Connecticut singer and songwriter deals with
her own demons on her 2022 project led by the anthemic earworms “Buzzed” and
“When It’s Too Good”, beats them back, and comes out of it even stronger.


Teacher and student sent to hospital after fight in Mattapan