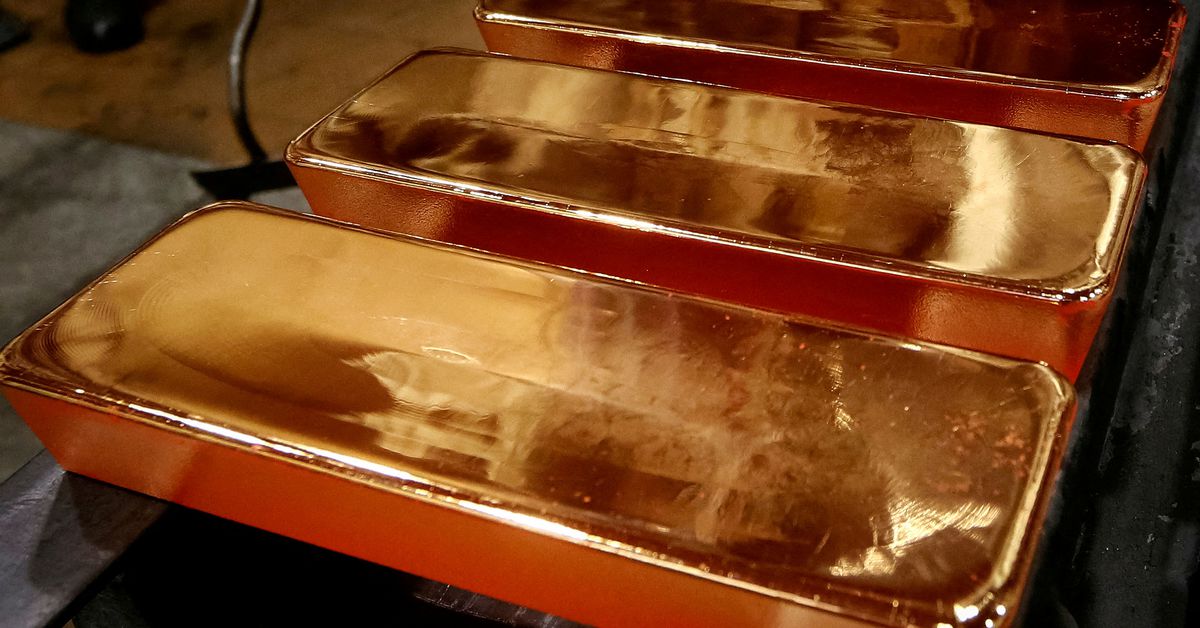 Employees process ingots of 99.99 percent pure gold at the Krastsvetmet non-ferrous metals plant, one of the world’s largest producers in the precious metals industry, in the Siberian city of Krasnoyarsk, Russia November 22, 2018. REUTERS /

April 7 (Reuters) – Russia’s central bank said on Thursday that due to a “significant change in market conditions” it would buy gold from commercial banks at a negotiated price from April 8.

Since that announcement, the ruble has strengthened sharply against the dollar. Five thousand rubles was worth around $ 52 on March 25 and around $ 63 on Thursday.

Gold prices on the international market have remained stable at around $ 60 a gram, or $ 1,900 an ounce.

Russia is one of the world’s biggest gold producers, but the country’s refiners were barred from selling bullion into the London market, the world’s largest, after the Kremlin sent troops into Ukraine in February.