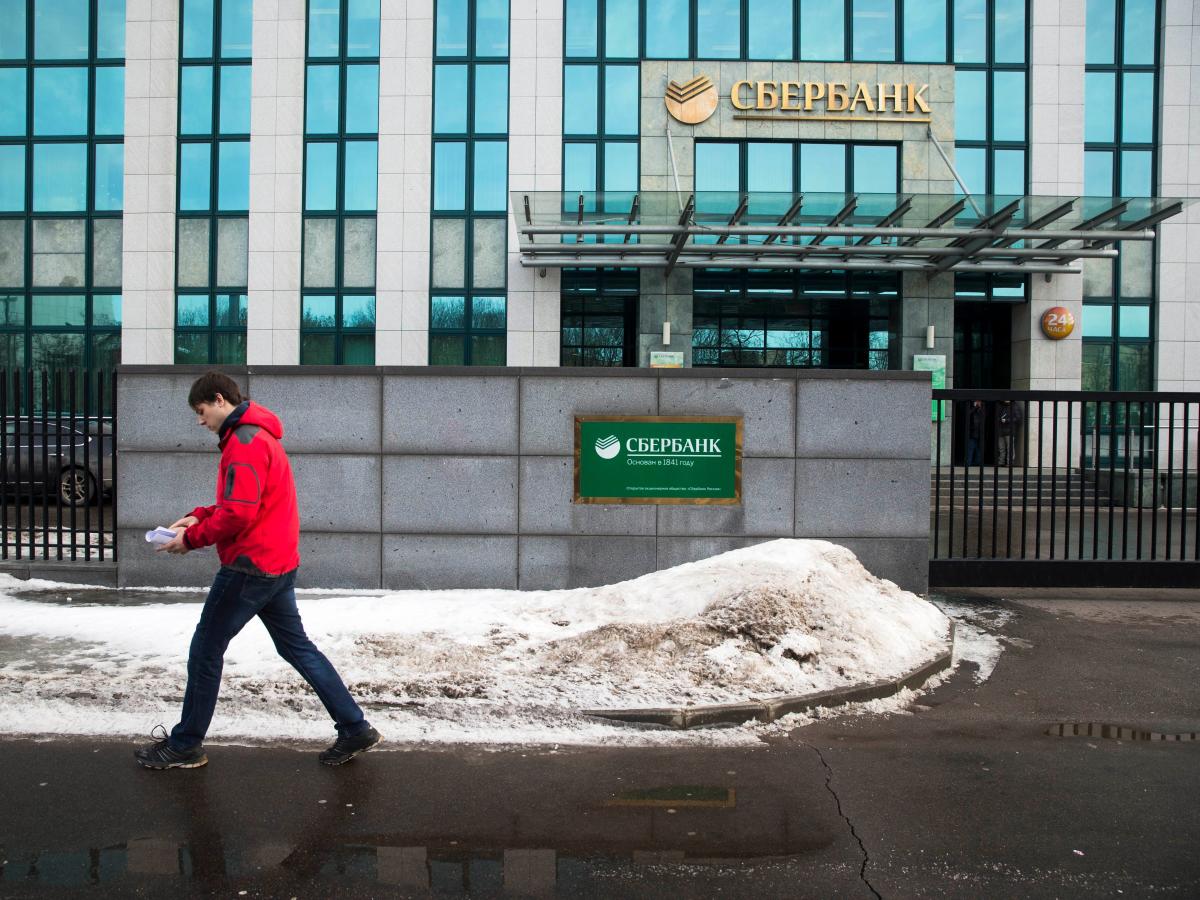 Since Russia began its war on Ukraine, a host of restrictions have been imposed on the country, cutting it off from most of its foreign currency reserves and the global financial system.

In the midst of all this, Russia’s biggest bank launched a cryptocurrency.

In early March, just days after the invasion began, trading in Sberbank shares was halted in London after they plummeted 95%. The lender was ordered to close its European business as Western sanctions threw Russia’s economy into disarray.

But just two weeks later, on March 17, the Russian central bank granted Sberbank a license to issue its own cryptocurrency, according to media reports. That led to the launch of sbercoin the same day.

Russia is seen as struggling to meet dollar-denominated debt obligations, and it has said it will demand payment for its energy in rubles.

Against that backdrop, there has been speculation the sbercoin could become a quietly condoned way to exchange rubles for other currencies, and get around constraints.

But the feasibility of this is debatable, according to Asheesh Birla, general manager at blockchain-based payments service provider RippleNet.

“It’s going to be super-problematic for them to get much traction here, because they also need a liquid exchange that is going to take the Russian ruble,” he told Insider.

The sanctions sparked a plunge in the ruble, and prompted Moscow to bring in capital controls. Russians scrambled to protect their wealth in foreign currencies, and a black market in dollars and euros emerged.

Birla pointed out that while Sberbank can launch a cryptocurrency, it might not help move cash in and out of the country.

Stablecoins like tether and USDC are popular – in the top five cryptocurrencies by market value, according to CoinMarketCap data – because exchanges use them to trade into and out of other cryptocurrencies.

“I’m not sure it’s going to be very helpful in terms of getting liquidity in and out of Russia,” Birla said about sbercoin.

“It’s like taking your own a bank account, and putting it onto a ledger. It’s not all that useful, unless you can start trading it for other things. And so far, the data I saw is that it’s not very liquid,” he added.

The potential for a Sberbank-issued cryptocurrency was first floated in 2020, when the lender began experimenting with blockchain technology. Its CEO Herman Gref said at the time the bank could look at issuing sbercoin in 2021, a local news site reported.

In September, Sberbank’s deputy chairman said it hoped to register its blockchain plans with the Central Bank of Russia. But it has not spoken since about its crypto plans, and it did not respond to Insider’s request for comment.

The US and its allies are concerned about the use of cryptocurrency to circumvent financial sanctions on Russia, even though there’s been little sign of this.

In fact, ruble-to-crypto trading volume has fallen since the start of the invasion, when it spiked over 900% to above $ 70 million in five days – its highest level since May 2021 – according to Chainalysis research.

Chainalysis found in its 2021 research that Russia ranks high globally for crypto adoption. So high volumes of ruble-denominated crypto-trading may not necessarily reflect attempts to evade sanctions.