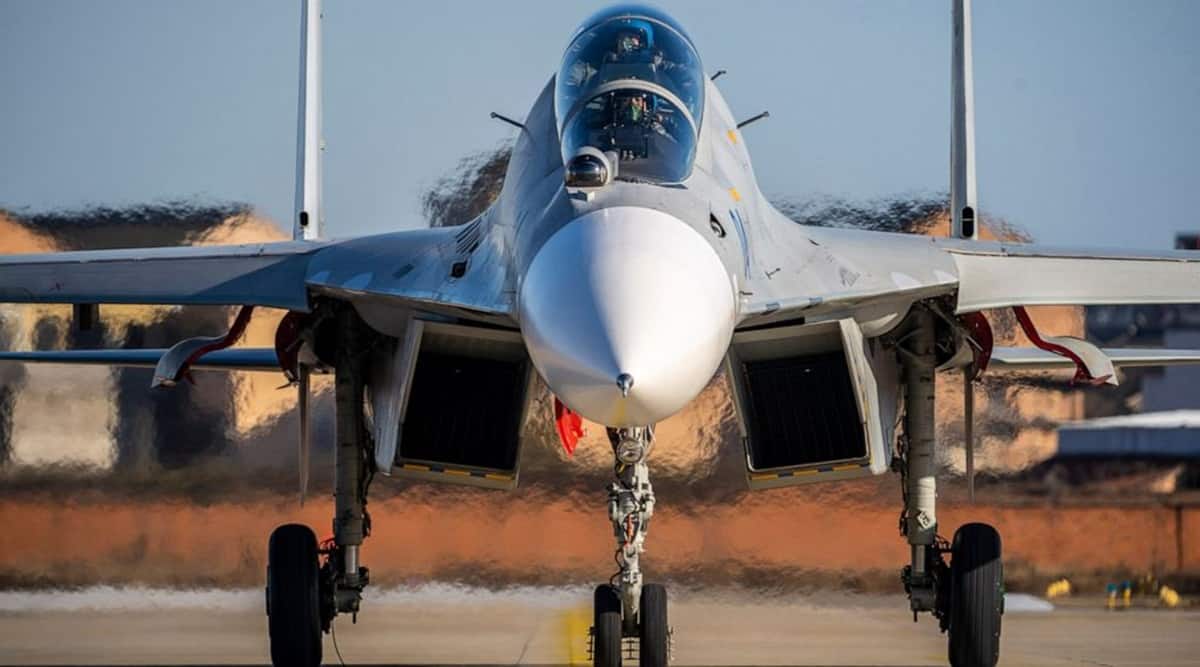 The move to revoke Russia’s ‘most favored nation’ status was taken in coordination with the European Union and Group of Seven countries.

Russia’s airplanes and artillery widened their assault on Ukraine on Friday, striking airfields in the west and a major industrial hub in the east, as Moscow’s forces tried to regroup from recent losses and their onslaught fast reduced crowded cities to rubble.

American defense officials offered an assessment of the Russian air campaign, estimating that invading pilots are averaging 200 sorties a day, compared with five to 10 for Ukrainian forces, which are focusing more on surface-to-air missiles, rocket-propelled grenades and drones to take out Russian aircraft.

New commercial satellite images appeared to capture artillery firing on residential areas between Russian forces and the capital. The images from Maxar Technologies showed muzzle flashes and smoke from the big guns, as well as impact craters and burning homes in the town of Moschun, outside Kyiv, the company said.

In a devastated village east of the capital, villagers climbed over toppled walls and flapping metal strips in the remnants of a pool hall, restaurant and theater freshly blown apart by Russian bombs. Russian President Vladimir Putin created this mess, thinking he will be in charge here, 62-year-old Ivan Merzyk said. In temperatures sinking below freezing, villagers quickly spread plastic wrap or nailed plywood over blown out windows of their homes.

“We are not going away from here,” Merzyk said. On the economic and political front, the US and its allies moved to further isolate and sanction the Kremlin. President Joe Biden announced that the US will dramatically downgrade its trade status with Russia and also ban imports of Russian seafood, alcohol and diamonds.

The move to revoke Russia’s ‘most favored nation’ status was taken in coordination with the European Union and Group of Seven countries. “The free world is coming together to confront Putin,” Biden said.

On the ground, Russia’s forces appeared to be trying to regroup and regain momentum after encountering heavier losses and stiffer resistance than anticipated over the past two weeks. Britain’s Ministry of Defense said Russia is trying to “re-set and re-posture” its troops, gearing up for operations against Kyiv.

With the invasion in its 16th day, Putin said there had been “certain positive developments” in Russia-Ukraine talks, but gave no details. Ukrainian President Volodymyr Zelenskyy claimed Ukrainian forces had “reached a strategic turning point,” though he did not elaborate.

“It’s impossible to say how many days we will still need to free our land, but it is possible to say that we will do it,” he said via video from Kyiv.

Zelenskyy said authorities were working on establishing 12 humanitarian corridors and trying to ensure food, medicine and other basics get to people across the country. Thousands of soldiers on both sides are believed to have been killed in the invasion, along with Ukrainian civilians.

He accused Russia of kidnapping the mayor of one city, Melitopol, calling the abduction “a new stage of terror.” The Biden administration, citing American intelligence but no evidence, warned before the invasion of Russian plans to detain and kill targeted people in Ukraine. Zelenskyy himself would be a likely top target. So far, the Russians have made the biggest advances on cities in the east and south while struggling in the north and around Kyiv.

Russia said it used high-precision long-range weapons to put military airfields in Lutsk and Ivano-Frankivsk in the west “out of action.” The attack on Lutsk killed four Ukrainian servicemen, the mayor said. Russian airstrikes also targeted for the first time Dnipro, a major industrial hub in the east and Ukraine’s fourth-largest city, with about 1 million people. One person was killed, Ukrainian officials said.

In images of the aftermath released by Ukraine’s emergency agency, firefighters doused a flaming building, and ash fell on bloodied rubble. Smoke billowed over shattered concrete where buildings once stood. The bombing continued in Mariupol, where a deadly strike on a maternity hospital this week sparked international outrage and war-crime allegations.

Unrelenting attacks have thwarted repeated attempts to send in food and medicine and evacuate civilians from Mariupol, a city of 430,000. In a statement, the Mariupol mayor’s office said Friday that the toll of people killed during the now 12-day siege had risen to 1,582. In the face of the unrelenting bombing, “the dead aren’t even being buried,” the mayor’s office said. Elsewhere, temperatures were forecast to hit -13 degrees Celsius (8 Fahrenheit) in the eastern city of Kharkiv, which has come under heavy bombardment.

About 400 apartment buildings in Kharkiv lost heat, and Mayor Ihor Terekhov appealed to remaining residents to descend into the subway or other underground shelters where blankets and hot food were being distributed. The latest assaults came a day after satellite photos appeared to show that the huge armored column that was stalled for over a week outside Kyiv had spread out near the capital.

Military analysts were divided over whether the maneuvering by the Russian convoy signaled the imminent start of a siege of Kyiv or was just an effort to disperse some vehicles to more protected positions. The photos showed howitzers newly set up in firing position, and armored units staged near the Antonov Airport north of the city, according to Maxar.

Americans point instead to other forces that are moving toward Kyiv from the northeast and are now about 20 to 30 kilometers (about 10 to 20 miles) east of the city center. Hundreds of miles to the south of Kyiv, at Mykolaiv, shelling damaged a cancer hospital, according to the head doctor, Maksim Beznosenko. No one was killed.

The United Nations says it has verified 26 attacks on medical centers, medical workers or ambulances since the invasion began, with 12 people killed.

The UN political chief said Friday that the international organization had received credible reports that Russian forces were using cluster bombs in populated areas. The bombs scatter smaller explosives over a wide area and are prohibited in cities and towns under international law.

Russians and Ukrainians have held multiple rounds of talks near the Belarus border, and the two countries’ foreign ministers met again Thursday with no apparent progress. Various third countries have also made attempts to broker a stop to the fighting.

Some 2.5 million people have fled Ukraine since the invasion began, according to the United Nations.