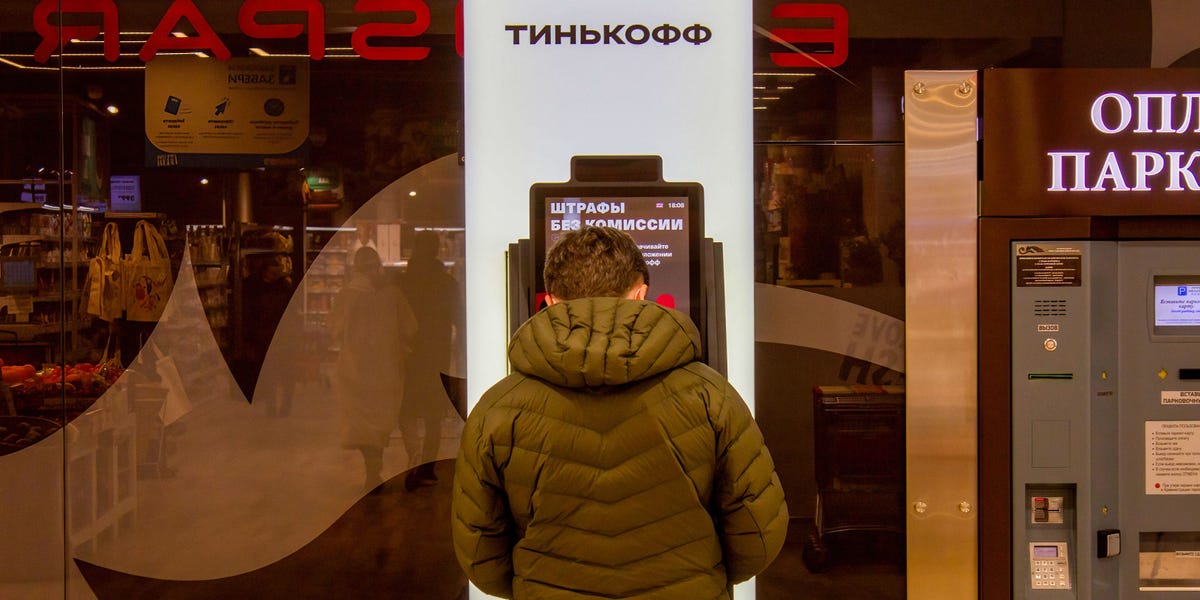 Russia’s ruble has risen sharply back to where it was before the country’s forces invaded Ukraine in late February, after the government redoubled its efforts to shore up its tumbling currency.

The move higher in the ruble has added to the pressure on the US, which is ramping up economic sanctions on the country, even though analysts say the Russian economy remains in a dire state.

Russia’s currency was up around 4% Thursday morning ET, so that $ 1 bought around 79.40 rubles. It was stronger than where it stood on February 24, the day before Russia’s invasion of Ukraine, when $ 1 equaled around 82 rubles.

The currency has been on a dramatic ride since Russian tanks rolled across Ukraine’s borders. It plunged to a low of 139 per dollar in early March as Western governments unleashed some of the toughest economic sanctions ever seen, including freezing the bulk of the Russian central bank’s foreign-currency reserves.

But the ruble started recovering in the middle of March, and it has now fully regained its lost ground.

Moscow has put in place strict capital controls that have bolstered the currency. For example, the government has limited the selling of assets by foreigners, keeping money in the country.

It also still has plenty of cash coming in from the sale of oil and gas, which have risen sharply in price in recent weeks. The government has ordered Russian businesses to convert 80% of money made overseas into rubles.

The recovery of the ruble, which is watched closely by Russians, has eased some of the domestic pressure on President Vladimir Putin. But Hardman said it’s not a reflection of the shape of the country’s economy.

“The fundamental picture has deteriorated quite significantly,” he said. “We’re expecting, like most people, that the economy will experience a relatively deep

and we’ll see a period of even higher inflation going forward. “

Russian inflation has jumped to around 15%, and analysts expect it to rise above 20% by the end of 2022.

Nonetheless, the move in the ruble is uncomfortable for US President Joe Biden, who dubbed the currency the “rubble” after its plunge in March.

The US Treasury is increasing the pressure on Russia, banning it from making foreign bond payments using dollars in American banks.

Following the move earlier this week, a Treasury spokesperson told Insider: “Russia is facing a recession, skyrocketing inflation, shortages in essential goods, and a currency that no longer works in much of the world.”

Read more: BlackRock warns a global energy crisis and runaway inflation may force the Fed to ‘slam the brakes’ on the US economy – and the firm reveals which stocks can thrive amid the turmoil