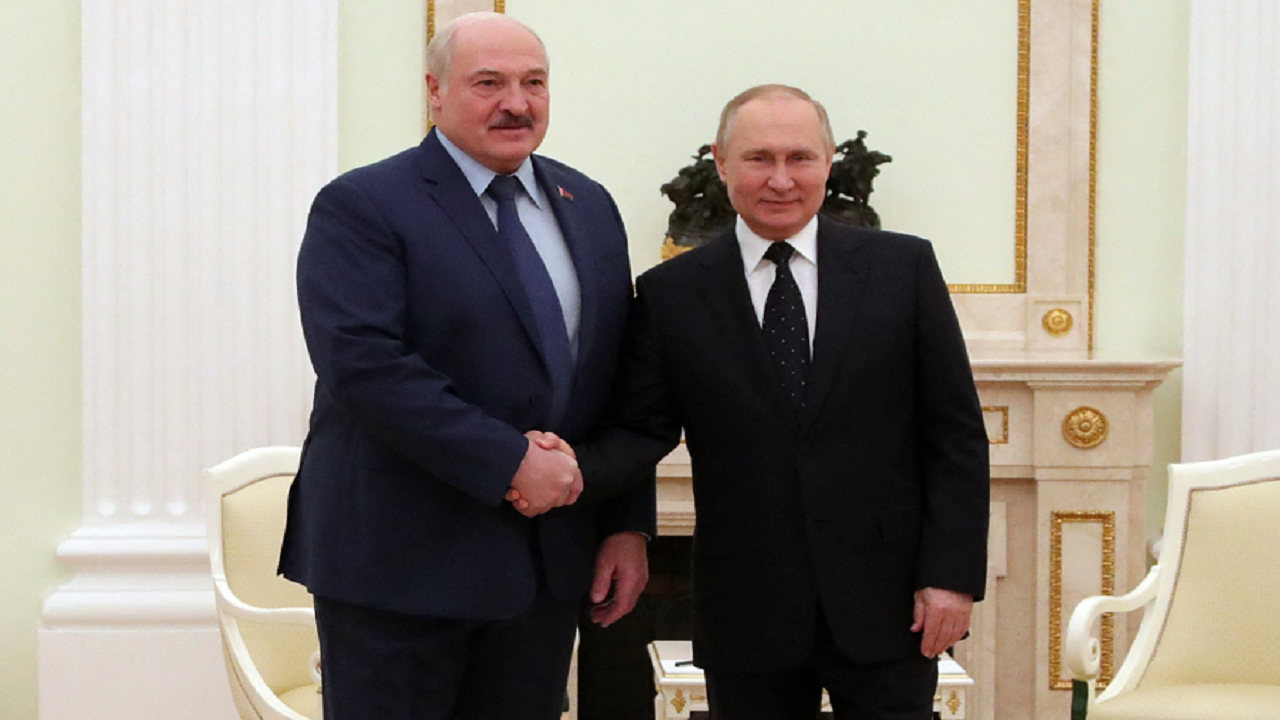 Russia is suggesting Friday that Belarus – a country it has used as a springboard for its invasion of Ukraine – should be among the nations providing security guarantees for Kyiv in the future.

Russian Foreign Minister Sergey Lavrov made the remark after it emerged last week that Ukraine is seeking concrete security guarantees during peace negotiations, including promises of military assistance during a future conflict from the world’s “leading armies,” in exchange for adopting neutral status.

“At the request of the Ukrainian side, its neutral, non-bloc, non-nuclear status should be accompanied by security guarantees,” Lavrov said Friday, according to Reuters.

Russian President Vladimir Putin meets with his Belarus’ counterpart Alexander Lukashenko at the Kremlin in Moscow on March 11.

“We proposed that the Republic of Belarus should, of course, be among such guarantor countries,” he added.

Belarusian President Alexander Lukashenko said Thursday that he wants his country to be part of peace talks between Russia and Ukraine, claiming that “there can be no negotiations without the participation of Belarus,” the Associated Press reports.

Belarus also yesterday was one of the countries to vote against a US-led proposal that ultimately suspended Russia from the United Nations’ Human Rights Council.