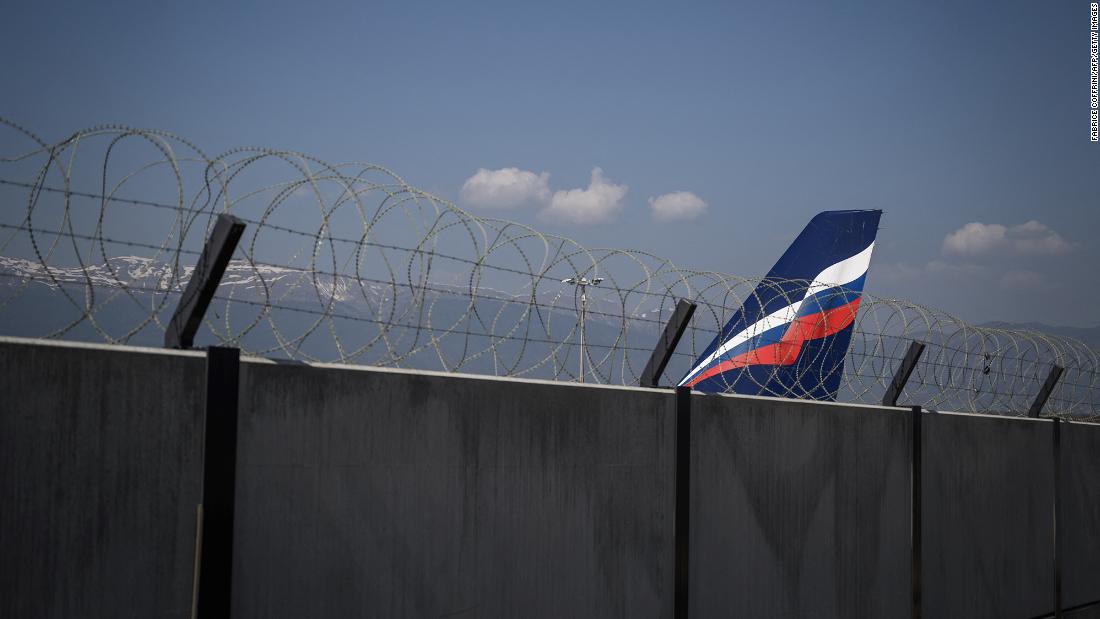 The sanctions by multiple countries require the international aircraft leasing companies that own the jets to have repossessed them by the end of March. All the repossessed jets were outside of Russia at the time, and the leasing companies have either repossessed them or started the process to do so in court, according to Cirium, an aviation analytics firm that tracks information about aircraft around the world.
When Russia invaded Ukraine on February 24, Russia’s air carriers were operating 861 commercial planes, both passenger and cargo jets, Cirium said. Just over half of those planes, with an estimated market value of $ 9.2 billion, were owned by non-Russian leasing companies.

The Russian aviation industry depends on aircraft built in the West by companies such as Boeing and Airbus, but the planes are owned mostly by US and European leasing companies. The United States and most of Europe closed air space to Russia almost immediately after the invasion, and most of the jets at issue remained in Russia or quickly flew back there.

Even some leasing companies in nations that have not imposed sanctions on Russia, such as China and the United Arab Emirates, are moving to repossess as many jets as they can get their hands on. That’s because the plans that remain in Russian control have been rendered essentially worthless due to other sanctions imposed by Europe and the United States, said Richard Aboulafia, managing director with AeroDynamic Advisory.

Those sanctions require aircraft makers Boeing (BA) spirit Airbus (EADSF)as well as engine makers such as General Electric (GE), to stop providing Russian air carriers with spare parts and service support. Russia has indicated it will service those planes internally, but the lack of authorized parts and servicing means that other countries will refuse to recognize the airworthiness certification that those planes need to fly outside of Russia.

He said that it makes sense that the Chinese and Arab leasing companies want to repossess their Russian planes if they can, even if no sanctions require them to do so.

It’s also likely that many of the jets will be cannibalized for parts to keep some planes in the air, according to Aboulafia, a move that would transform the Russian aviation industry into “the world’s largest chop shop.”

Chinese and Arab leasing companies also want to keep good relations with the aircraft makers so that they do not encounter any problems buying planes for their customers outside of Russia.

One Russian cargo jet owned by Singapore-based BOC Aviation, a unit of the Bank of China, was flown from Hong Kong and repossessed once it landed in California, according to a report from Reuters. Although Chinese companies do not want to directly confront Russia, said Aboulafia, they are looking to stay in the good graces of the global aviation industry.

“China is clearly moving to support their Russian friends [by not imposing its own sanctions]but the friendship only goes so far, “he said.” This is business. ”